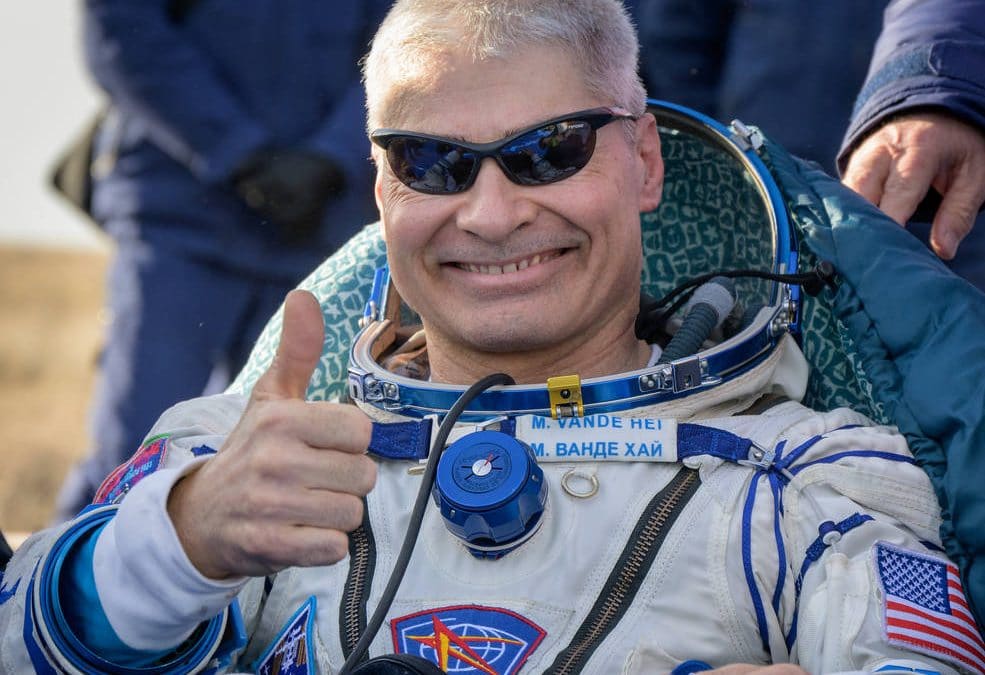 “Mark’s mission is not only record-breaking, but also paving the way for future human explorers on the Moon, Mars, and beyond,” said NASA Administrator Bill Nelson. “Our astronauts make incredible sacrifices in the name of science, exploration, and cutting-edge technology development, not least among them time away from loved ones.

“NASA and the nation are proud to welcome Mark home and grateful for his incredible contributions throughout his year-long stay on the International Space Station.”

Vande Hei launched to the ISS on April 9, 2021 with Dubrov and cosmonaut Oleg Novitskiy. According to NASA, Vande Hei completed nearly 5,680 orbits around the Earth, traveling more than 150 million miles—equivalent to 312 trips to the Moon and back.

Despite ongoing tensions between the U.S. and Russia, all three returning travelers are set to travel to the recovery staging city of Karaganda, Kazakhstan, onboard Russian helicopters. From there, Vande Hei will stop in Cologne, Germany, before returning home onboard a NASA plane.

Marshburn, Chari, Barron, and Maurer will continue work on the ISS until late April. NASA astronauts Kjell Lindgren, Bob Hines, and Jessica Watkins, and ESA astronaut Samantha Cristoforetti will take their places as part of the SpaceX Crew-4 mission.