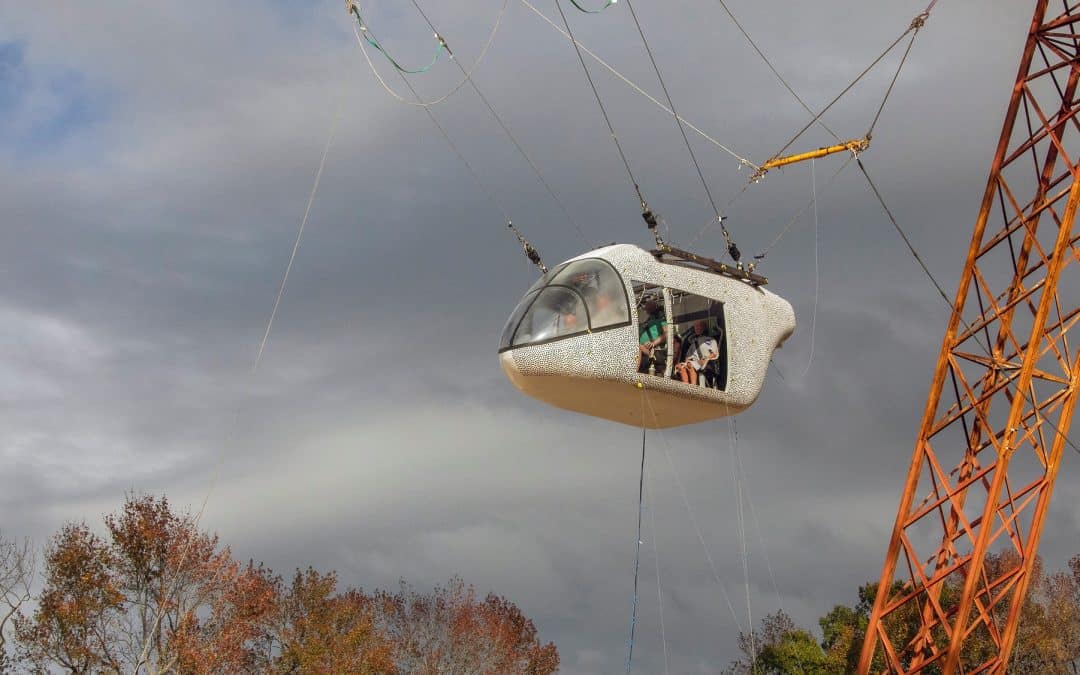 NASA recently crashed an eVTOL concept vehicle, all in the name of research.

The full-scale eVTOL concept was built as part of an effort at NASA to broaden research into advanced air mobility. The crash test was conducted in December at the Landing and Impact Research facility located at the space agency’s Langley Research Center in Hampton, Virginia.

According to the agency, understanding how eVTOLs might respond during accidents is an important part of its research.

The test involved hoisting the test vehicle into the air and releasing it to swing forward and downward, simulating an accident during forward flight. Researchers set up the vehicle with a number of seat configurations, crash-test dummies of various sizes, and a modular subfloor developed by NASA to absorb impact energy.

“The test was a great success for the crash-worthiness team at Langley,” said Justin Littell, research assistant for Langley’s Structural Dynamics Branch. “We successfully tested the eVTOL vehicle concept representing a six-passenger, high wing, overhead mass, multiple rotor vehicle, obtaining more than 200 channels of data, and collecting over 20 onboard and off-board camera views.”

During the simulated crash, the vehicle’s floor and energy-absorbing seats “functioned as intended” by limiting the impact forces on the dummies. The vehicle’s roof also collapsed partially, which NASA said its researchers did not expect. The effect of the collapse on the test dummies “is still being determined,” the agency said.

“Our computational pretest models did a good job predicting the composite deformation until overhead structural failure,” said Littell. “However, the computational models did not predict the overall collapse as seen in the test.”

The agency said the tests are part of its long-term mission, which includes helping emerging aviation markets develop air transport systems in places that were previously underserved or not served at all by aviation.