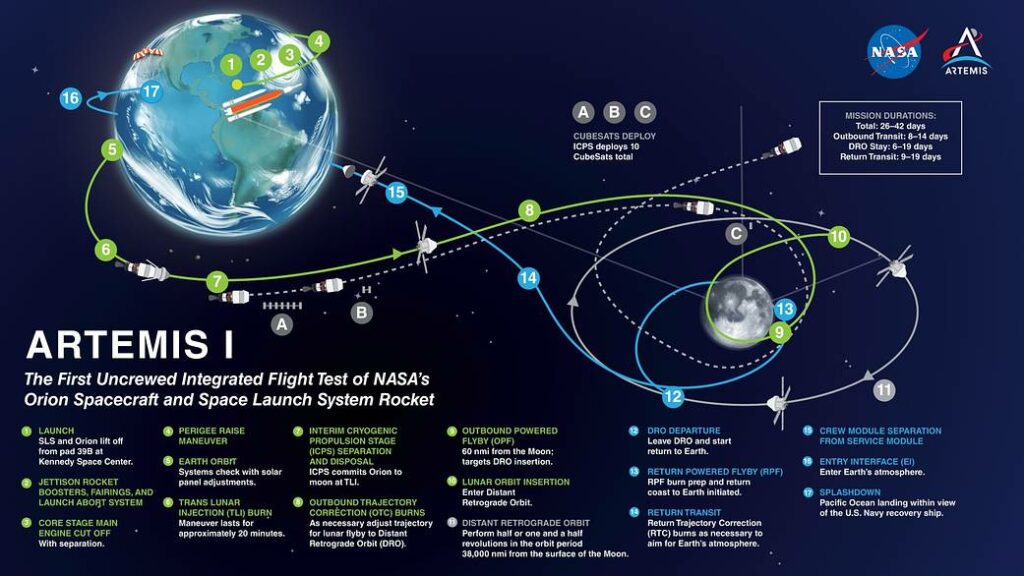 Spacesuit development and other issues will likely delay NASA’s historic Artemis mission to return humans to the moon’s surface by one year until 2026.

That’s the word from NASA Inspector General Paul Martin during March 1 testimony before the House Subcommittee on Space and Aeronautics. The mission to put the first woman and person of color on the moon had already been pushed from 2024 to 2025.

“Given the time needed to develop and fully test the HLS (human landing system) and NASA’s next-generation spacesuits needed for lunar exploration, the date for a crewed lunar landing will likely slip to 2026 at the earliest,” Martin told lawmakers.

The inspector general said development of the necessary spacesuits for walking on the moon was 20 months behind schedule because of reduced funding in fiscal year 2021, “COVID-19 impacts, and ongoing technical issues.”

Anticipated Delays for Artemis I

“We estimate that NASA is progressing toward the first launch of the integrated SLS/Orion space flight system by summer 2022,” Martin said.

The second mission, Artemis II, will be the first crewed mission—circling the moon without landing and then returning to Earth. Martin said that mission faces “additional schedule delays—until at least mid-2024—due to the second mission’s reuse of Orion components from Artemis I.”

All the delays will have a cascading effect on the program, he said. “NASA’s initial three Artemis missions face varying degrees of technical difficulties that will push launch schedules from months to years past their current goals.”

Delays aren’t the only issue threatening Artemis. Martin also warned Congress about unsustainable costs. “Given our estimate of a $4.1 billion per-launch cost of the SLS/Orion system for at least the first four Artemis missions, NASA must accelerate its efforts to identify ways to make its Artemis-related programs more affordable,” he said.

“Otherwise, relying on such an expensive single-use, heavy-lift rocket system will, in our judgment, inhibit if not derail NASA’s ability to sustain its long-term human exploration goals of the moon and Mars.”

Cost increases, Martin said, “may be controlled in part” with “fixed-price, milestone-based contracts” where contractors such as SpaceX share the financial burdens.

First Rollout of Artemis I

Engineers and technicians have been preparing Artemis I inside NASA’s huge Vehicle Assembly Building (VAB) for its first rollout to launch complex 39, where Apollo 11—history’s first crewed lunar landing mission—launched from in 1969.

The rollout, scheduled for later this month, will also be reminiscent of Apollo, as the 322-foot tall rocket and spacecraft are transported at a snail’s pace to the launch pad four miles away. There, NASA plans a “wet dress rehearsal” test, when technicians will fuel the rocket and make sure all systems are performing as expected.

Following that, Artemis I will be transported back to the VAB for further preparations before launch.