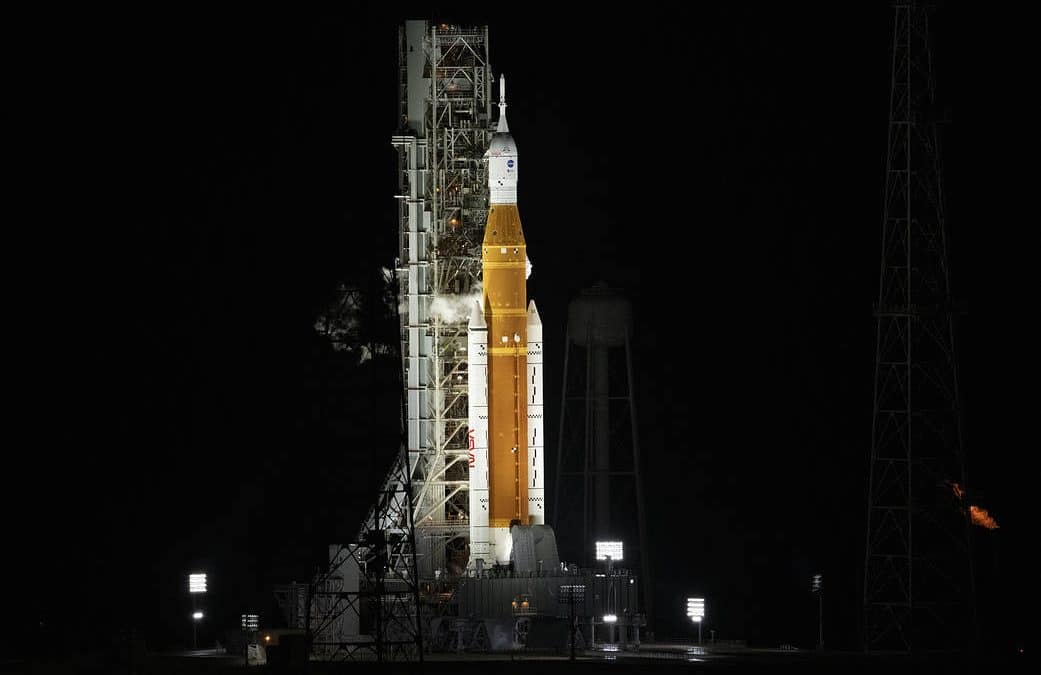 NASA officials said Thursday they’re optimistic the Artemis I Space Launch System (SLS) rocket and Orion spacecraft will soon finally get off the ground. The scheduled launch set for November 14 follows a string of scrubbed attempts following mechanical issues and a hurricane.

The Artemis missions are designed to establish a sustainable human presence on and around the moon by the end of the 2020s. NASA plans to use the lessons learned through the program to help get astronauts to Mars by the late 2030s or early 2040s.

The Artemis program has been delayed after NASA waived off launch attempts on August 29 and September 3 because of mechanical issues, and again in late September owing to weather concerns stemming from Hurricane Ian.

NASA’s upcoming launch attempt will have a 69-minute window beginning at 12:07 a.m. EST Monday, November 14. Backup dates are set for November 16 and 19.

Assuming the launch is successful on November 14, the mission duration is planned for 25 1/2 days with a splashdown in the Pacific Ocean on Friday, December 9.

The lead-up to the November 14  attempt includes a slow rollout of the SLS rocket and Orion spacecraft to Launch Pad 39B at Kennedy Space Center. The 4-mile move begins November  4 at 12:01 a.m.

Jim Free, associate administrator Exploration Systems Development Mission Directorate at NASA Headquarters, expressed confidence in the technical preparations for the spacecraft, however, noted that a developing low-pressure weather system has captured the launch team’s attention. The system is forecasted to bring sustained winds of 25 knots with gusts between 35 to 40  knots to the Cape Canaveral area early next week.

“We’re confident in the decision process that went into that,” Free said.  “We talked about a lot of the same things, many things that we talked about with the hurricane (Ian).” When asked about the team’s overall morale after the last two scrubbed launches, Free responded by saying “If we weren’t confident, we wouldn’t roll out. If we weren’t confident, we wouldn’t start the countdown.”

Launch teams and mission control are hard at work preparing for the November 14 launch. [Courtesy: NASA]

After the launch scrub on September 26 because of Hurricane Ian’s approach, engineers took advantage of the delay to focus on some technical issues that emerged during previous launch attempts.

They replaced batteries on the rocket’s interim cryogenic propulsion stage (ICPS) and completed final checks on the rocket’s second stage that will propel it and the Orion capsule toward the moon. The engineering team performed tests to ensure the SLS’s solid rocket boosters and core stage jettison following liftoff and first-stage burn. Pressure checks were also part of the maintenance review.

Even as the team prepares for its next launch attempt on November 14, NASA is looking ahead to future Artemis missions. Late last month, Lockheed Martin announced the agency’s $1.99 billion order for three Orion spacecraft for the Artemis VI-VIII missions.

“This order includes spacecraft, mission planning, and support, and takes us into the 2030s,” Lisa Callahan, vice president and manager for commercial, civil space at Lockheed Martin, said in a statement. “We’re on the eve of a historic launch kicking off the Artemis era, and this contract shows NASA is making long-term plans toward living and working on the moon while also having a forward focus on getting humans to Mars.”