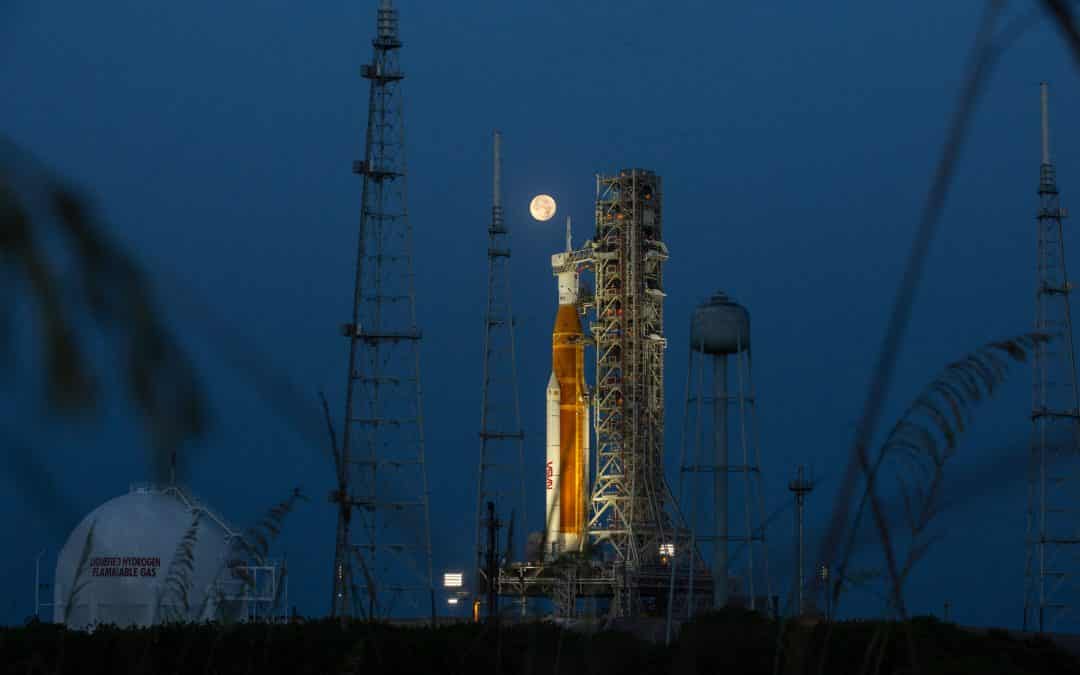 Following the completion of the rocket’s wet dress rehearsal campaign, the SLS returned to the Vehicle Assembly Building (VAB) where multiple repairs were made. NASA will soon conduct leak tests for the core stage as part of a final checkout for the rocket.

The launch team has since installed and activated batteries on the booster forward assemblies, and the Interim Cryogenic Propulsion Stage (ICPS). According to Artemis mission manager Mike Sarafin, installation of the core stage batteries is scheduled for next week.

The highly specific launch windows account for factors such as lunar alignment and sunlight, as the Orion spacecraft will utilize solar energy to power and heat the crew capsule. If Orion were to pass through an eclipse for an extended period of time, the spacecraft would then lose power and cool down to unsurvivable temperatures.

In order to determine what obstacles the Artemis astronauts will face, the team has installed a very special payload—Commander Campos.

Campos, a mannequin, will serve as a test as to how the trip to the moon will affect the Artemis astronauts. The mannequin is the namesake of Artuo Campos, an Mexican American electrical engineer who was pivotal to saving the lives of the Apollo 13 astronauts on their return to Earth.

Orion will move at unprecedented speeds on its way back to Earth, with a predicted velocity of 24,500 miles per hour, or Mach 32. In order to survive reentry, Orion will be outfitted with a heatshield that will withstand temperatures half as hot as the Sun.

“Obviously, the heatshield is a safety-critical piece of hardware and it is something that absolutely has to work to protect the crew and the spacecraft during the reentry phase,” Sarafin said.