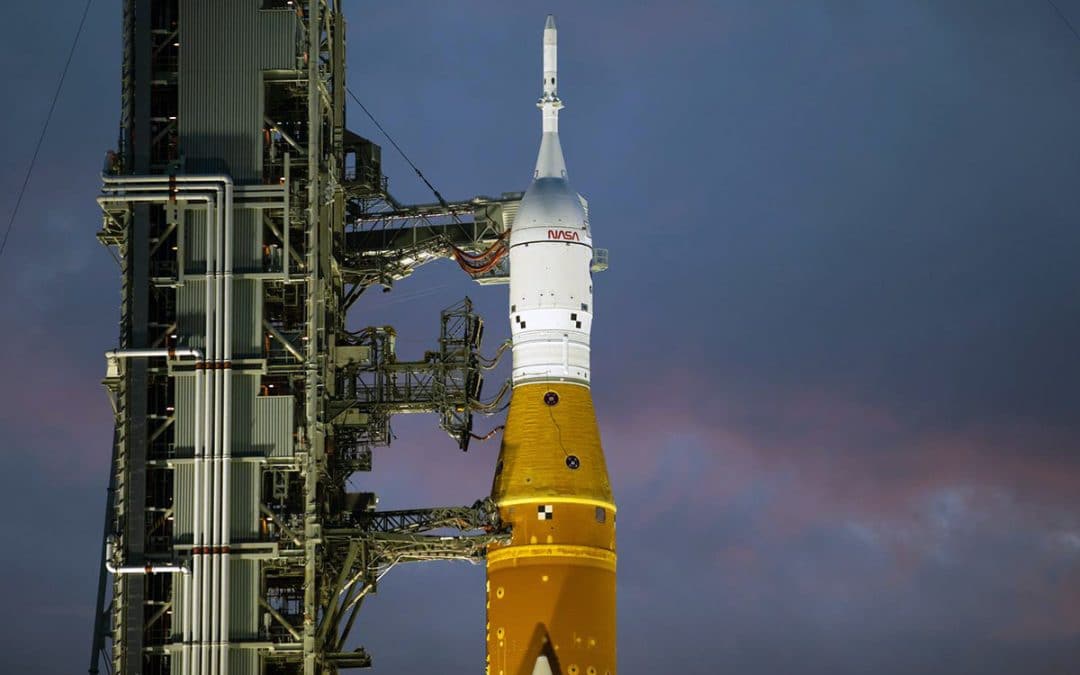 SLS, also referred to as the “Mega Moon Rocket,” has returned to Launch Pad 39B after a failed rehearsal attempt on April 5, due to temperature limit issues, a faulty core stage vent valve, and a small leak.

According to NASA, preparations for the next attempt will be completed by Thursday. During a media teleconference, Artemis launch director Charlie Blackwell-Thompson reported that many pre-test items have already been completed, such as:

The SLS team remains optimistic that the rocket will launch before summer’s end.

“I can’t say enough about where our team has gotten us to,” said Jim Free, associate administrator for the Exploration Systems Development Mission Directorate. “There’s nobody that wants to get through this more than the EGS team and all of our teams.”

READ MORE: What is the World’s Most Powerful Rocket?

Before SLS can begin its journey to the moon, all objectives must be completed during the wet dress rehearsal, where NASA simulates launch-day procedures at Launch Pad 39B. The rehearsal includes loading more than 700,000 gallons of cryogenic propellant into the engine and boosters. During the last attempt, a faulty vent valve prevented the core stage from relieving pressure while fueling. The anomaly halted the attempt following safety concerns.

Now, Thompson reports good news for the fueling stage of the rehearsal.

“At this time, we do have the hypergolic fuel load complete for the booster hydraulic power unit that provides the booster thrust vector control during flight, and we do intend to test that system inside of the thirty second mark of our wet dress rehearsal,” Thompson said.

The first of SLS’s launches, Artemis I will send the uncrewed Orion spacecraft around the moon and back. Eventually, the Artemis missions will land the first woman and person of color on the lunar surface as soon as 2026.

A pre-test briefing for SLS will be held on Friday, and live coverage of tanking operations will begin June 20 at 7 a.m. ET on NASA’s website.