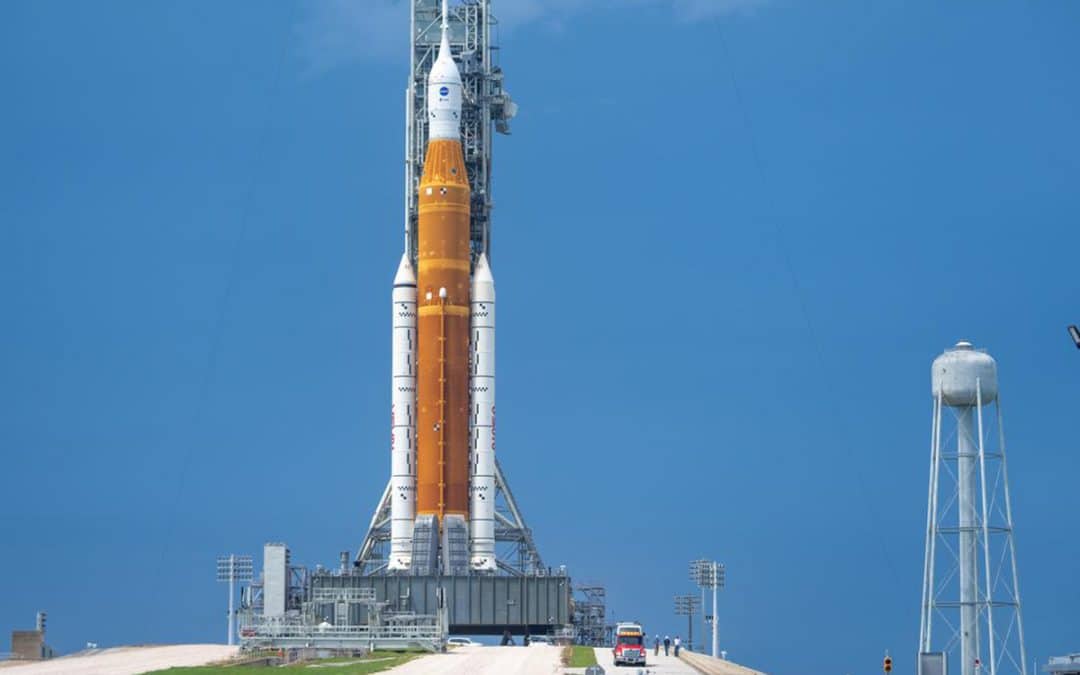 A persistent hydrogen fuel leak forced NASA to scrub Saturday’s highly-anticipated uncrewed launch of Artemis I, the first spacecraft designed to carry humans to the moon in 50 years.

Although the next available window for the historic liftoff is Monday, NASA engineers will need more time to investigate the leak before they can officially schedule a third launch attempt.

“Teams encountered a liquid hydrogen leak while loading the propellant into the core stage of the Space Launch System rocket,” said a post on NASA’s official Artemis blog.  “Multiple troubleshooting efforts to address the area of the leak by reseating a seal in the quick disconnect where liquid hydrogen is fed into the rocket did not fix the issue. Engineers are continuing to gather additional data.”

Officials have always said they will not launch the 322-foot rocket until they’re fully satisfied that everything is working correctly. With all systems working as expected, engineers would benefit from the best performance data possible for optimizing future missions with astronauts aboard.

The announcement came five days after NASA scrubbed an initial launch attempt of Artemis I–and NASA’s most powerful rocket the Space Launch System (SLS)—on a 42-day uncrewed mission to circle the moon and return to Earth.

For much of the morning, NASA engineers worked to troubleshoot the problem behind the scrub—a persistent leak of super-cold liquid hydrogen fuel from a cavity located between the ground and a quick disconnect mechanism on the engine section, according to NASA. The agency announced at 11:18 a.m. ET that launch director Charlie Blackwell-Thompson had decided to scrub the liftoff attempt based on a “no-go” recommendation from lead engineers.

The launch had been scheduled to take place during a two-hour window beginning at 2:17 p.m. ET. Forecasters had predicted a 60 percent chance for weather good enough for liftoff.

The liftoff attempt that was scrubbed on August 29 was eventually determined to be a bad sensor that interrupted a pre-launch procedure known as a kick-start bleed test, which involves bleeding liquid oxygen fuel into the SLS core stage’s four RS-25 engines to properly chill them before liftoff.

“We know we had a bad sensor,” said SLS program manager John Honeycutt during a news conference Thursday. During troubleshooting in the days leading up to Saturday’s launch, NASA was able to determine “without a shadow of a doubt” that “good, quality liquid hydrogen was going through the engines,” Honeycutt said. However, as a precaution, engineers adjusted their pre-launch procedures Saturday to begin chilling the engines earlier in the countdown.

Artemis I has been sitting on Launch Pad 39B for more than two weeks, in an effort to send it on a 1.3 million-mile journey promising to open the door to a new era in space exploration.

Plans call for Orion to enter a unique lunar orbit that will send it thousands of miles beyond the moon—farther from Earth than any other human spacecraft—280,000 miles. This highly stable Distant Retrograde Orbit (DRO) requires less fuel and will allow NASA to more effectively evaluate the spacecraft’s capabilities for missions in deep space. Finally, the six-week mission calls for the Orion crew module to return to Earth, splashing down in the Pacific, off San Diego.