NASA To Try Again Saturday for Artemis I Moon Launch 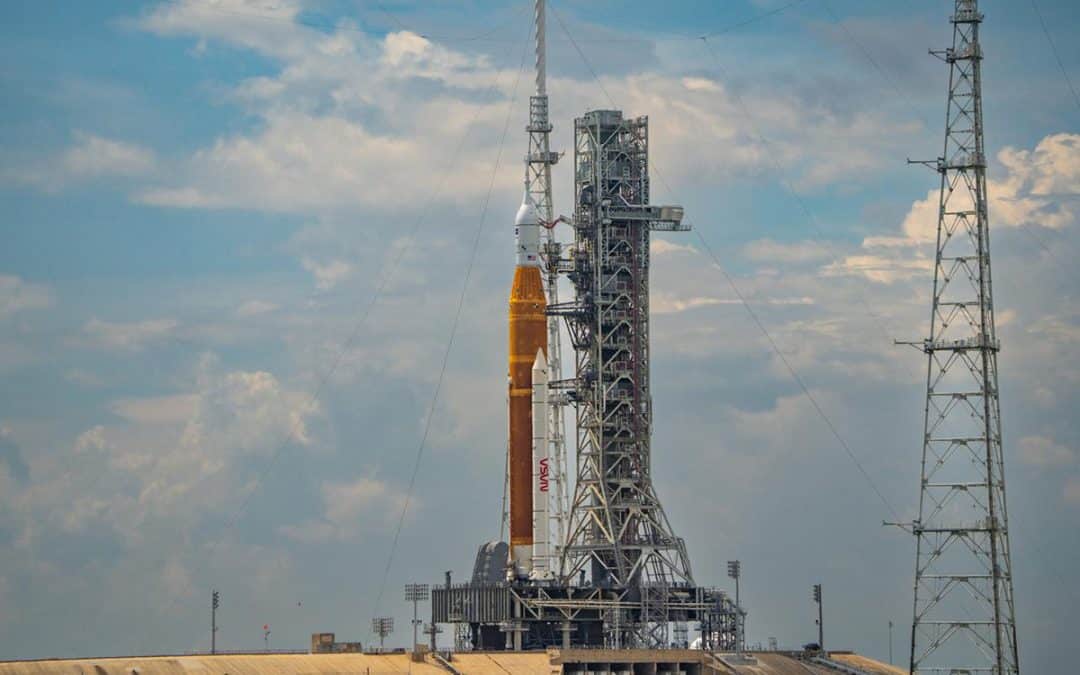 After looking at available data and analysis, NASA said Tuesday it would make a second launch attempt of the uncrewed Artemis I and its Space Launch System (SLS) rocket booster Saturday afternoon.

A two-hour launch window is scheduled to open at 2:17 p.m. (EDT) Saturday, officials told reporters during a teleconference. Although there is a 60 percent chance of a weather event Saturday, NASA forecasters said conditions were expected to be good enough for launch at some point during the two-hour window. If the launch is scrubbed Saturday, officials said there would be an opportunity to try for launch on Monday, September 5.

Although they’ve set a new launch date, NASA is still trying to learn more about what caused the engine chilling issue that prompted Monday’s scrub.

“What we need to do is continue to pore over the data and polish up our plan on putting the flight rationale together,” said Space Launch System program manager John Honeycutt.

Monday’s scrub was blamed on a chilling issue with one of four RS-25 engines. [Courtesy: NASA]

Artemis I and its Orion spacecraft were scheduled to lift off Monday morning from Kennedy Space Center’s Launch Pad 39B on the historic mission to become the first spacecraft designed to carry humans to go to the moon in nearly 50 years.

But NASA decided to scrub Monday’s launch attempt after experiencing several technical issues, including a thermal conditioning problem with RS-25 engine No. 3 on the SLS’s four-engine core stage.

Engineers condition the engines by bleeding fuel into them to chill them to the proper temperature range immediately before launch. Because the temperature range on engine No. 3 wasn’t low enough, NASA decided to cancel the launch and solve the problem. On Tuesday, Artemis I mission manager Mike Sarafin said teams have decided to change the loading operations procedure and start chilling the engines earlier for Saturday’s launch attempt.

NASA officials, including Administrator Bill Nelson, have repeatedly said the launch of Artemis I would not be driven by deadlines and would only launch when engineers are confident that all the components of this very complicated machine are “ready to go.”

The Plan for Liftoff

Plans call for Artemis I’s two solid rocket boosters to separate from the spacecraft shortly after liftoff, followed a few minutes later by the SLS core stage, which includes the four RS-25 engines.

Artemis I includes the SLS and the Orion spacecraft. [Courtesy: NASA]

Once Artemis I’s Orion spacecraft enters Earth orbit, mission controllers will activate an engine burn of Artemis I’s upper stage to execute a trans-lunar injection, sending the spacecraft on a trajectory toward the moon.

During the 42-day, 1.3-million-mile flight test mission, the Artemis I Orion spacecraft is expected to spend six days in lunar orbit, gathering performance data and testing systems. NASA has said it plans to push the uncrewed spacecraft beyond its design limits. If all goes as planned, the Orion capsule will return to Earth and splashdown in the Pacific Ocean off San Diego.

There’s a lot more than history riding on Artemis I. Some of the aerospace industries largest corporations have a big stake in the mission’s success as well. Honeywell (NASDAQ: HON) manufactured guidance and navigation systems aboard the spacecraft as well as core flight software, command data handling, and displays and controls. Lockheed Martin (NYSE: LMT) is the prime contractor for Orion. Boeing (NYSE: BA), Aerojet Rocketdyne (NYSE: AJRD), and Northrop Grumman (NYSE: NOC) are prime contractors for the SLS.

The mission will lay the groundwork for the first crewed mission, Artemis II, which is planned to orbit the moon and return to Earth as soon as 2024. NASA has said it expects to announce a crew for Artemis II sometime later this year.