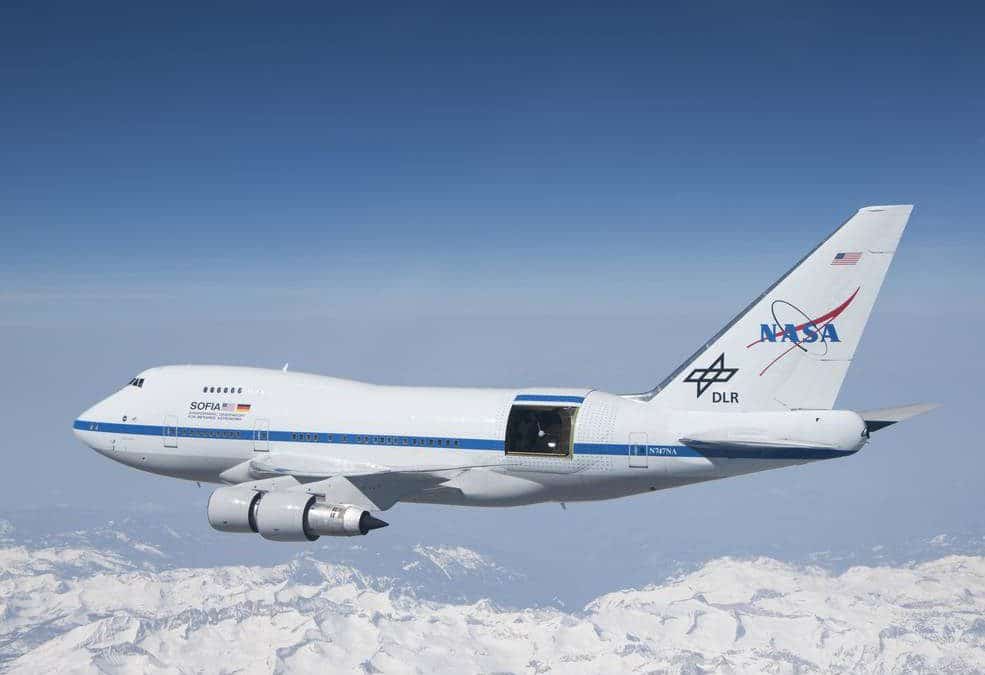 NASA’s one-of-a-kind, modified Boeing 747SP airborne telescope platform is out of a job.

The space agency announced Thursday that the jet—known as the Stratospheric Observatory for Infrared Astronomy (SOFIA)—will be shut down this year, after performing hundreds of missions to observe the moon, stars, planets, and faraway galaxies.

The reason? According to a peer-reviewed report for NASA, SOFIA’s “science productivity does not justify its operating costs.”

Development costs for the program totaled more than $1 billion, according to NASA’s Office of Inspector General, and the project’s annual operating costs were around $83 million.

Flying with the Door Open

In partnership with the German Space Agency at the Deutsches Zentrum für Luft- und Raumfahrt (DLR), SOFIA flew regular flights up to FL450 (45,000 feet) with a 106-inch reflecting telescope on board. At that altitude, the telescope flew above 99 percent of Earth’s atmospheric water vapor, allowing astronomers clearer views of space.

Based north of Los Angeles at NASA’s Armstrong Flight Research Center, SOFIA performs its missions at night, flying thousands of miles over multiple western states, or elsewhere around the world. The telescope gathers data through a huge door in SOFIA’s fuselage, which remains open during observations, despite high altitudes and low outside temperatures.

SOFIA flies with its fuselage telescope door open at altitudes up to 45,000 feet. [Courtesy: NASA/Jim Ross]

Incredibly, despite being inside a flying airplane with an open door, the telescope remains still enough to point accurately. In 2010, SOFIA’s program manager Bob Meyer explained how. “The telescope rests on big shock mounts that isolate the mechanical vibrations of the plane from it. And on the back edge of the cavity there’s a ramp that catches the airflow entering the cavity and redirects it back over the ramp and out of the cavity.”

Following its first flight in 2010, SOFIA was declared fully operational in 2014. In 2020, SOFIA discovered evidence of water on the moon—a key piece of data that continues to inform NASA about potential locations for lunar exploration.

Some of SOFIA’s other important discoveries included:

SOFIA—tail number N747NA—is one of just a handful of remaining airworthy SPs. It was delivered to Pan Am in 1977 and christened Clipper Lindbergh by Charles Lindbergh’s widow, Anne Morrow Lindberg. In 1986, it was sold to United Airlines, and in 1997, it was acquired by NASA.

During SOFIA’s final months in the program, NASA says it will complete its scheduled operations for this fiscal year and undergo an “orderly shutdown.” No word yet on what will become of the rare jet.

The agency says it will continue to explore the heavens with infrared technology, including the newly launched James Webb Space Telescope.

READ MORE: All You Need to Know about the World’s Most Powerful Telescope

SOFIA’s legacy will be its precious data, which will continue to help astronomers around the world for generations to come. NASA says it will be available at the agency’s public archives.