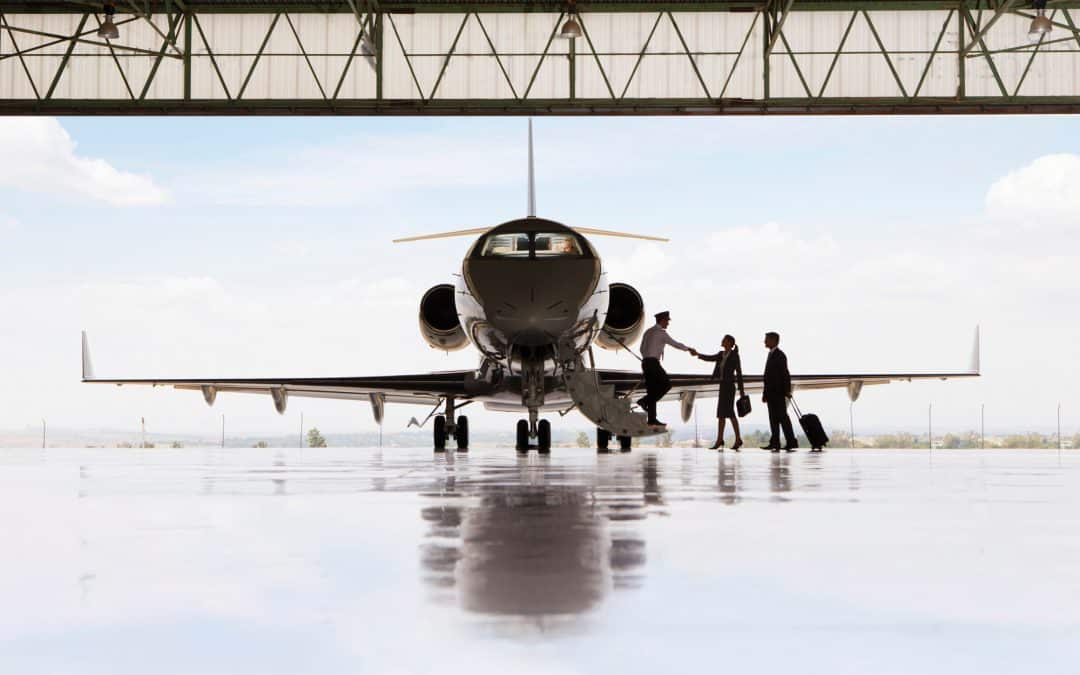 The organization released its 2022 Compensation Survey—now in its 35th edition—on August 23. In a statement, NBAA said, “the average salary increase budgets were higher in 2022 than in 2021.”

Additionally, the group said that from the 382 NBAA member participants that provided data for 3,092 flight department employees, the pool of money dedicated to salary increases rose by 42 percent over the prior year’s budget, bringing salary lines overall up by 13 percent over last year’s actual spending.

What’s more, the association said in its statement that there was an inverse correlation between organizational size and salary increase budgets. The group says that means the smallest organizations had the largest budgets, which indicated that those organizations had the ability to pivot in response to inflation in the broader economy and a demand for talent.

READ MORE: How To Retain and Recruit Employees

The NBAA survey paints a comprehensive picture of aviation departments, their benefits, and compensation packages for flight department employees according to their functions. The survey provided an inside look into factors such as cash compensation, salary ranges, merit increases, long-term incentives, duty periods, and diversity, equity, and inclusion. There are a lot of insights to garner from the results. For one, the association said in its statement that there was an inverse correlation between organizational size and salary increase budgets; that is, the smallest organizations had the largest budgets. This may suggest that smaller organizations were better able to pivot in response to inflation in the broader economy and the greater demand for talent industry-wide.

From pilots to mechanics and other skilled workers, the aviation industry has been grappling with finding enough people to fill out the workforce as global travel rebounds from the pandemic.
NBAA said that hiring managers and aviation directors have found the survey to be “indispensable” because the information it provides is “crucial to retaining their most valuable workers and attracting the best of the industry’s new talent.” To make sense of the data that member companies submit, the association says it works with global accounting firm BDO, which audits the data and ultimately gives operators visibility around compensation packages, salary ranges, merit increases, incentives, and duty rosters for pivotal positions across the business aviation sector. Also, hiring managers can filter through the survey to look at key metrics that might factor into their decisions, such as flight department size, location, and aircraft fleet size.

READ MORE: Aviation Industry Must Address the Plight of the Mechanic

NBAA’s senior vice president of education, training, and workforce development Jo Damato said in a statement, “The business aviation community operates in a new world. Competitors are just as likely to be Part 121 operators as other flight departments or management companies. The salaries of every legacy carrier, ultra-low-cost airline, and cargo operator are shared as very public infographics on social media.”

Indeed—in June, American Airlines regional partners PSA, Piedmont, and Envoy announced big pay raises for their pilots to attract even more first officers and captains and retain the ones already there.

From the NBAA survey, it is possible to see how the salaries for flight department team members, from managers, pilots, maintenance technicians, dispatchers, and others, might vary according to corporate revenue. One use case that hiring managers and even flight crews with access to the survey results might find helpful is the information it reveals regarding compensation package trends among corporate flight departments, especially compared to the airlines. Corporate flight departments typically serve auxiliary functions for a business, so pilots are more likely to have a base salary with additional provisions. This differs from Part 121 airline departments that pay pilots by the hour. Another difference between the two worlds is sign-on bonuses. The airlines tend to offer these more gratuitously, while in the corporate pilot world, these appear to be harder to come by, according to the NBAA survey results. However, in the case of corporate captains, sign-on bonuses are more commonly offered than they are for first officers. Alternatively, when American Airlines’ regionals boosted pay for pilots, the package included a $15,000 sign-on bonus, for new-hire pilots, with $10,000 being doled out after training and the other $5,000 at the pilot’s one-year anniversary.

Elsewhere, the survey shows that corporate departments can flex their compensation muscle over some airlines regarding fringe benefits. Aside from the standard medical coverages, one perk pilots should pay keen attention to is educational assistance. The NBAA survey shows that corporate flight departments of all sizes are more likely than not to offer some kind of educational assistance. According to the survey, some departments will cover more than half the costs of education pursued as an employee, and others will cover more than 90 percent of the costs. This is good to know because airlines and some flight departments are moving away from formal degree requirements for pilots. Incentive programs, like these, allow pilots to earn additional certifications and/or a degree even after being employed.

What Does This Mean for Attracting Pilots?

“Now, more than ever, it is imperative that flight departments appreciate that you can’t buy experience,” Damato said. “By accessing the data provided by NBAA’s Compensation Survey, they will be in a stronger position to retain their most valuable employees.”

Damato said the business aviation community needs to do what it can to retain experienced professionals because they play a significant role in mentoring the next generation.

With a need to attract new talent, NBAA said it enhanced its survey to include policies around diversity, equity, and inclusion to provide insights and best practices.

One advocate for the survey, and a trusted voice in the business aviation community, Christopher Broyhill, said in a statement that the survey provides vital data on the strong demand for workers. The survey will help recruiters understand the business aviation community more fully, given the growth it has seen with new owners and users resulting from the pandemic, Broyhill said.