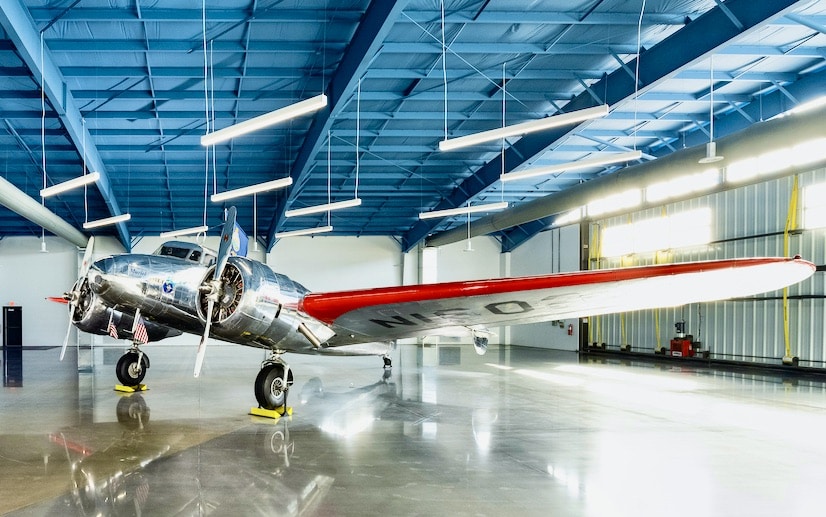 The grand opening of the Amelia Earhart Hangar Museum is slated for Friday, April 14, 2023, at Amelia Earhart Memorial Airport (K59) in Atchison, Kansas.

According to the Atchison Amelia Earhart Foundation, the state-of-the-art museum located in Earhart’s birthplace, will be the first to combine STEM (Science, Technology, Engineering, and Math) and the history of the trail-blazing aviatrix.

Among the exhibits on display will be a Lockheed Electra 10-E, the same model of aircraft Earhart was flying on her last flight. According to museum officials, the aircraft, named Muriel, after Earhart’s sister, is the last remaining Lockheed 10-E.

Other exhibits include a full-scale replica of the cockpit of Muriel so that visitors can enter to get a better idea of what it was like to be inside the aircraft described as Earhart’s flying laboratory.

Interactive exhibits demonstrating advances in engineering since the 1930s.

An exhibit, “Above the Clouds,” which invites visitors to explore celestial navigation, radio waves, and atmospheric conditions.

A virtual reality opportunity to fly Earhart’s Lockheed Vega 5B on the 1932 transatlantic flight.

Although Earhart, born in 1897, is best remembered as an aviator, she also had a keen interest in science. According to biographies of Earhart, chemistry was one of her favorite subjects in school, and when she looked at colleges she insisted on visiting their science departments. She had a life-long interest in learning, as she studied to be a nurse during World War I and took a course on engine repair when a sinus condition took her out of the air for a few months.

Earhart took her first airplane flight in 1920 at age 23, and quickly decided flying was something she wanted to pursue. She earned her pilot certificate in 1921 and was soon setting aviation records, including in 1932 being the first woman to fly across the Atlantic solo.

In 1935 she became the first person to make solo flights from Hawaii to California, and from Mexico City to Newark. That same year she joined the faculty at Purdue University as a technical adviser to the department of aeronautics. During her time at Purdue, she developed the idea of the around-the-world flight and using the Lockheed as a flying laboratory. Although she never returned from her final flight, she became a symbol of courage and innovation—so much so that in the 1990s, Apple Computer used her likeness in their Think Differently campaign.