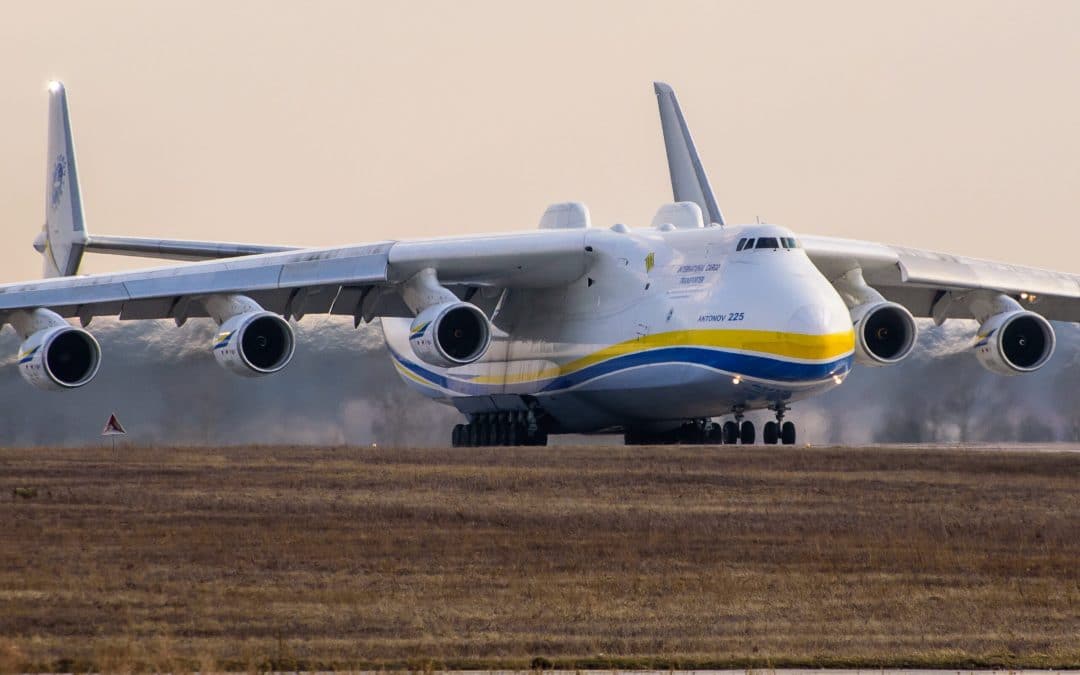 The airport—also known as Antonov Airport—was the scene of intense firefights last month between Ukrainian military and invading Russian special forces. The photos show Mriya’s gigantic nose cone riddled with what appear to be bullet holes sitting near the aircraft’s wing and turbofan engines.

Mriya’s manufacturer, the Antonov Company, confirmed the destruction of the one-of-a-kind heavy cargo transport in a March 25 post on its Facebook page.

“This loss has stunned the team of DP ‘ANTONOV,’ the global aviation community, numerous cargo customers with the largest aircraft,” the post said, announcing a worldwide fundraising campaign to revive Mriya. One Ukrainian defense firm estimated that rebuilding the airplane would cost $3 billion.

The Pride of Ukraine

Antonov Airport holds historical significance for Mriya. It was the landing site of the An-225’s first flight in 1988.

For three decades Mriya’s six turbofan engines, 290-foot wingspan and empty weight of 285,000 pounds, made it the pride of Ukraine, symbolizing national industrial prowess. It was the star of the 1989 Paris Air Show, carried the Soviet space shuttle, and set dozens of heavy cargo lift records.

Mriya was so successful, designers once considered building a twin-fuselage variant, powered by at least 12 turbofans.

Why Wasn’t Mriya Flown to Safety?

Questions about why the aircraft was left in Ukraine during the invasion remain unanswered.  According to Ukrainian defense contractor Ukroboronprom, Mriya “was under repair … so it did not have time to leave Ukraine.”

Antonov Airlines pilot Maj. Dmytro Antonov posted on YouTube that NATO warned the aircraft’s owners in January about the impending invasion and recommended that Mriya be deployed outside the country as a safety measure.

“A strong-willed decision was not made to transfer the aircraft due to the absence of top management of the airline,” Antonov said—without specifically pointing blame at anyone.