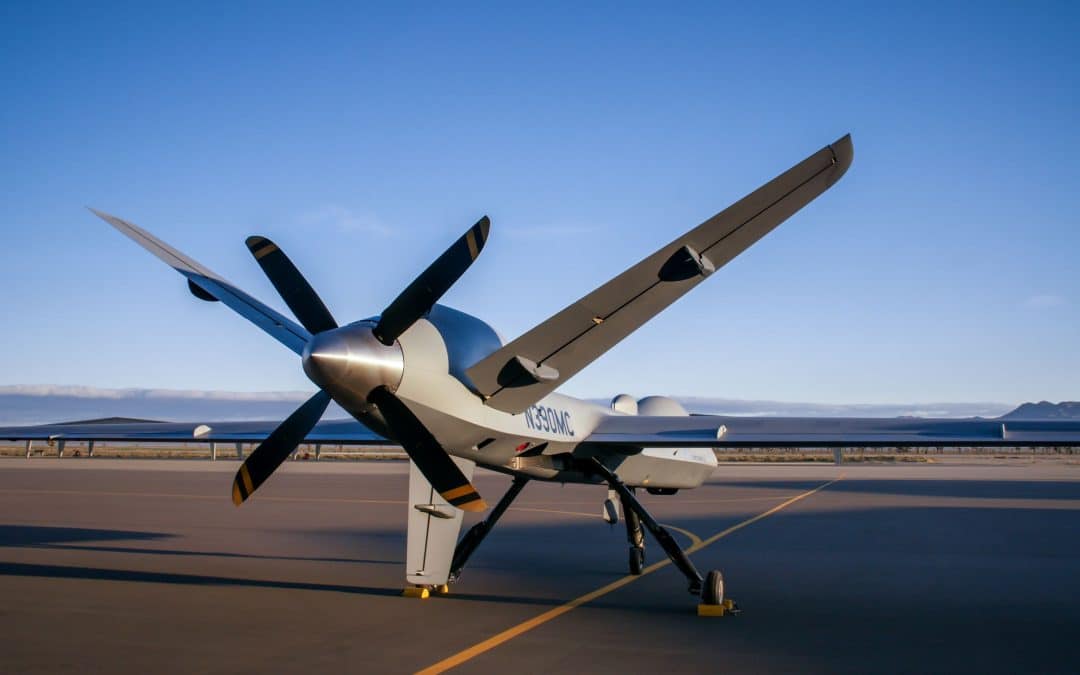 It has been a busy year at Textron Aviation Inc. and the Wichita-based company shared some of its milestones and accomplishments this week during EAA AirVenture in Oshkosh, Wisconsin.

It began with the announcement that McCauley’s newest unmanned aerial vehicle (UAV) propeller for General Atomics Aeronautical Systems Inc., a subsidiary of Textron, has achieved certification from the FAA.

John Dandurand, vice president and general manager of McCauley Propeller Systems said, “This exciting milestone and the success of our UAV propeller program are the result of a decades-long relationship and collaboration between the McCauley and GA-ASI teams. Together, we worked on the design and development to ensure the highest quality propeller.”

“Through investments in the latest technologies and engineering, we are propelling the next generation of McCauley products and aftermarket solutions,” Dandurand said. “This is a continuation of our commitment to innovation in the general aviation, special missions, and UAV markets, in addition to new emerging technologies, including both hybrid-electric and electrical vertical takeoff and landing (eVTOL).”

On the subject of propellers, McCauley Propeller, a subsidiary of Textron, gave an update on the development of its new 105-inch-diameter propeller designed for Beechcraft King Air 300-series turboprops. The propeller has four aluminum swept blades.

The design is undergoing performance testing and progressing well, said Dandurand. “Not only will customers receive a propeller with a modern swept appearance, but will also benefit from reduced noise in the cabin and cockpit. Customers will also recognize a propeller weight savings of more than 50 pounds per aircraft, thereby increasing overall useful load for the operator. The result of the work we are doing now with our test program will help us move through certification, ultimately bringing a high-performance King Air B300 series propeller to the market.”

McCauley company officials note the new design has an extended time between overhaul (TBO) of 5,000 or 72 months and Textron Aviation’s 4,000 hours or 36-month limited propeller warranty.

In addition, installment of the McCauley propeller does not require changes to existing aircraft operating procedures or additional aircraft modifications. Certification of the propeller is expected in 2022, and advanced orders are now being accepted through McCauley Propeller Systems or an authorized McCauley service facility.

McCauley is one of the world’s largest full-line propeller manufacturers, with more that 80 years of experience and more than 500 models available.

Propellers aren’t the only products coming from Textron, TRU Simulation + Training—an affiliate of Textron Aviation Inc.—has announced its Cessna Citation M2 Full-Flight Simulator (FFS) has successfully achieved Level D qualification from the Civil Aviation Administration of China. In a media release, Textron noted, “This is the first Level D Citation M2 Full-Flight Simulator in operation outside of the United States.”

“The success of the Cessna Citation M2 simulator program in China is the result of a long-standing relationship between the TRU and CAFUC teams,” said Jerry Messaris, vice president and general manager of TRU Simulation + Training. “TRU’s innovative and customized design, production and support, in addition to the collaboration with CAFUC on the installation and qualification process, ensured the highest quality training device.”

The full flight simulator is located at the Civil Aviation Flight University of China training center in Guanghan City. It will support the university’s fleet of four Citation M2 aircraft. CAFUC is the largest pilot training school in China.

The qualification of the M2 simulator marks one of the latest achievements for TRU. In April, TRU’s full flight simulator for the Cessna SkyCourier received Level D qualification from the FAA. Additional qualifications for other training devices are expected in 2022.

The simulator is equipped with the latest Garmin G3000 avionics, and is designed to represent the cockpit and flight profile of the Citation M2. The company notes TRU’s design incorporates the company’s third-generation control loading system that produces a highly realistic flight experience, as the full-flight motion of the simulator integrates TRU’s REALCue system, utilizing an electric motion base with 60-inch-stroke actuators, while the visual system is equipped with high-definition projectors on a 200-by-40 degree display designed to create an immersive training environment.