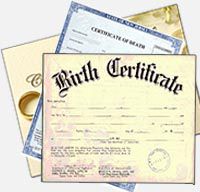 In what has been described as a reasonable compromise, the federal omnibus spending bill passed last month establishes a pathway for large fractional operators and charter providers to set a 70-year-old age limit for their pilots. That compares with the 65-year-old limit for airline pilots. The new limits would not be mandatory, but optional. Though, once set, the age limit would remain permanent under law.

The new legal setup is a modification of a 2018 proposal that was part of that year’s FAA financial reauthorization package. Under that arrangement, said to apply to NetJets without naming the company specifically, it would apply only to operations with annual flight times exceeding 150,000 hours. The new voluntary proposal caps the flight time for operators under Part 135 or Part 91K (a set of rules carved out for fractional operations) at half that, so more operators who choose to apply the age limit could do so.