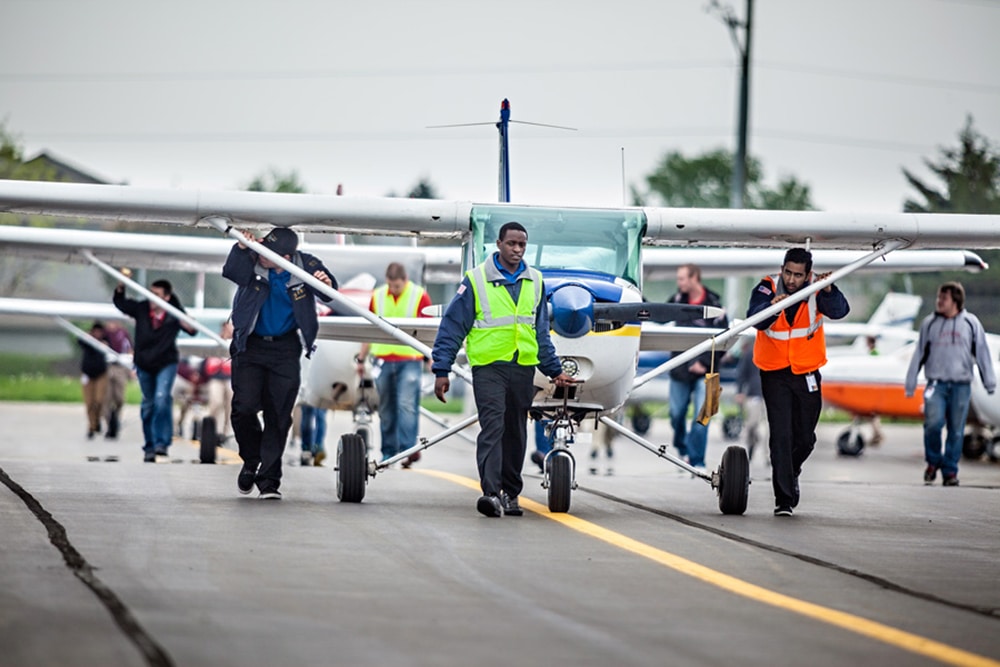 Shortly after World War I, returning service members sought a way to advance their aviation skills while attending colleges and universities. The National Intercollegiate Flying Association (NIFA) was created to offer pilots an opportunity to demonstrate their skills through friendly competition.

In addition to helping collegiate aviators expand their flying skills, NIFA allows these pilots to further their careers by networking with industry officials and demonstrating their willingness and ability to go above and beyond the regular curriculum.

The organization has grown over the decades, and now select members of NIFA attend the Safety and Flight Evaluation Conference (SAFECON). This year, SAFECON 2023 will be held in May in Oshkosh, Wisconsin.

In May 2022, Embry-Riddle Aeronautical University-Prescott won the NIFA SAFECON national championship for the second consecutive year at the Ohio State University Airport (KOSU). The win marked the 14th time the school won the top title.

Following the SAFECON 2022-23 regional competition season, NIFA announced it is inviting the following colleges and universities to compete at the National SAFECON 2023: