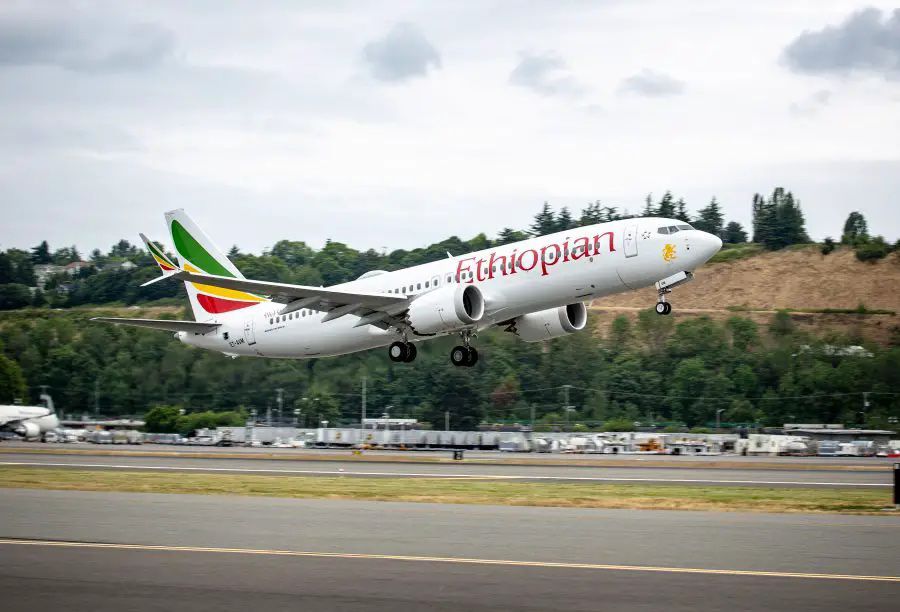 Almost a month after releasing comments criticizing the Ethiopian Aircraft Accident Investigation Bureau (EAIB) for its final report on the March 2019 fatal accident of a Boeing 737 Max 8, the U.S. National Transportation Safety Board (NTSB) today (January 24) released new comments challenging the Ethiopians. Today’s comments offer details involving the EAIB’s conclusion as to the source of faulty angle-of-attack data and “insufficient attention to the human performance aspects of the accident.”

While the board’s December 27, 2022 statement acknowledged the role of the Max 8’s much-criticized Maneuvering Characteristics Augmentation System (MCAS) in the accident that killed all on board Ethiopian Airlines Flight 302 shortly after takeoff, the NTSB now says that the EAIB’s report unfairly blamed the manufacturer for electrical problems that caused erroneous angle-of-attack output.

Today’s NTSB statement read, in part, “…the EAIB wrote electrical anomalies that existed since the time of the accident airplane’s production [italics added] caused the AOA sensor heater to fail, which resulted in the AOA sensor providing erroneous values that caused MCAS to repeatedly pitch the nose of the airplane downward until it struck the ground.

“But the NTSB found the erroneous AOA sensor output was caused by separation of the AOA sensor vane due to impact with a foreign object [italics added], which was most likely a bird. During the accident investigation, the NTSB provided the EAIB with evidence supporting this finding, but that evidence was not included in the final report.”

The board further wrote, “The AOA sensor vane heater’s function is to prevent ice formation that could restrict vane movement. The conditions present at the time of the accident were above freezing temperatures with no moisture present (that is, ice could not form regardless of the heater’s operational status). Thus, a loss of electrical current through the vane heater at any time during the accident flight would not explain the event because the loss of electrical current would have had no effect on the AOA sensor output.”

The NTSB also cited as “misleading” the EAIB’s findings on Boeing’s alleged lack of documentation for flight crews regarding the correct procedures in the event of a failed sensor causing the MCAS system to induce nose-down autopilot flight commands. “Boeing had provided the information to all 737 Max operators four months before the Ethiopian Airlines crash,” according to today’s NTSB statement.