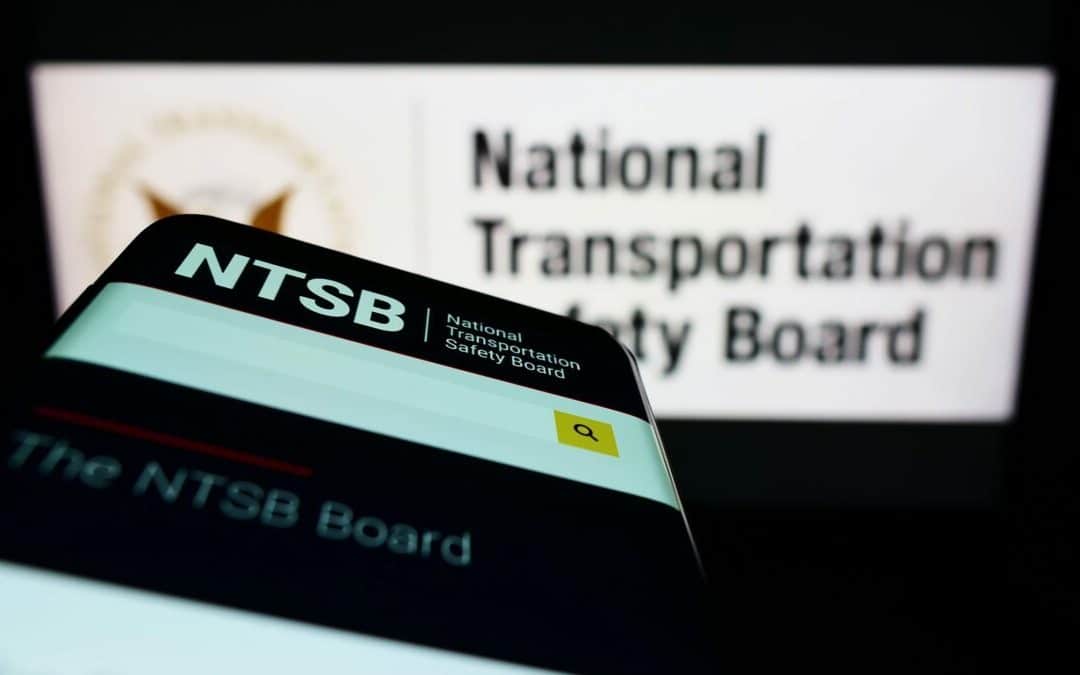 An airline ramp worker was killed at an Alabama airport New Year’s Eve when she was pulled into a still-operating engine of an Embraer 170 that was cooling down, the National Transportation Safety Board said in a preliminary report on the fatal accident released Monday.

The accident at Montgomery Regional Airport (KMGM) happened in daylight on New Year’s Eve when the aircraft, which was flying for American Airlines’ regional American Eagle, was parked at a gate, NTSB said.

The aircraft had an “inoperative auxiliary power unit (APU),” which prompted the crew to leave both engines running for the required two-minute engine cool-down period.

Per the report, the ground crew reported that a safety briefing was held about 10 minutes before the airplane arrived at the gate, and a second safety huddle was held before the aircraft arrived to reiterate that the engines would remain running until ground power was connected.

“It was also discussed that the airplane should not be approached, and the diamond of safety cones should not be set until the engines were off, spooled down, and the airplane’s rotating beacon light had been extinguished by the flight crew. ” the report said.

“As the airplane approached the gate, three ramp agents were present, but clear of the safety area. After stopping the aircraft and setting the parking brake, the captain gave the hand signal to connect the airplane to ground power,” the report noted.

One ramp agent located near the right wing tip stated that he observed the ramp agent who was killed approach the back of the airplane to set the rear safety cone. He told investigators that she “almost fell over” from the engine’s exhaust. He attempted to alert her to the exhaust to warn her to stay back and wait for the engines to be shut down. He told investigators that the airplane’s upper and lower rotating beacon lights were illuminated at the time.

As the captain was shutting down the right engine, known as the number 2, the “DOOR CRG FWD OPEN” engine indicating and crew alerting system (EICAS) message appeared, indicating that the forward cargo door had opened.

The first officer opened his cockpit window to inform the ramp agent that the engines were still operating.

The captain then saw a warning light illuminate, and the airplane shook violently. This was followed by the immediate automatic shutdown of the number 1 engine.

The captain shut down the emergency lights and both batteries before leaving the flight deck to investigate.

There was video surveillance on the ramp, NTSB said. As the accident happened around 3:45 p.m. in VFR conditions, there was good light on the ramp. The video captured the airplane being marshaled to the gate. The nose wheel was chocked, and then the ramp agent marshaling the airplane walked toward the forward cargo door located on the right side and near the front of the airplane.

Simultaneously, another ramp agent appeared, carrying an orange safety cone and walking toward the area behind the airplane. She disappeared from view.

A third ramp agent standing near the right wing tip could be seen gesturing with his hand toward the rear of the airplane.

The ramp agent from behind the airplane reappeared and began walking away from the airplane and then towards the left wing tip. She momentarily disappeared from the camera’s view.

The marshaller could be seen backing away from the airplane’s open forward cargo door as the ramp agent who had been behind the airplane reappeared. She walked along the leading edge of the left wing and directly in front of the left engine, which was still spooling down. The ramp agent was sucked into the engine.

As part of the investigation, the NTSB reviewed the airline’s Ground Operations manual, which was referenced in the NTSB report under the heading To Keep Employees Alive and Aircraft Intact. The manual states: “You Will NEVER approach an aircraft to position ground equipment next to an aircraft or open cargo bin doors until the engines are shut down, and the rotating beacon(s) turned off, except when conducting an approved single engine turn.

Employees are reminded that the Jetblast/Ingestion Zones extend to 15 feet from the engines. You must never enter the ingestion zone until the engine has spooled down.”

The accident remains under NTSB investigation.