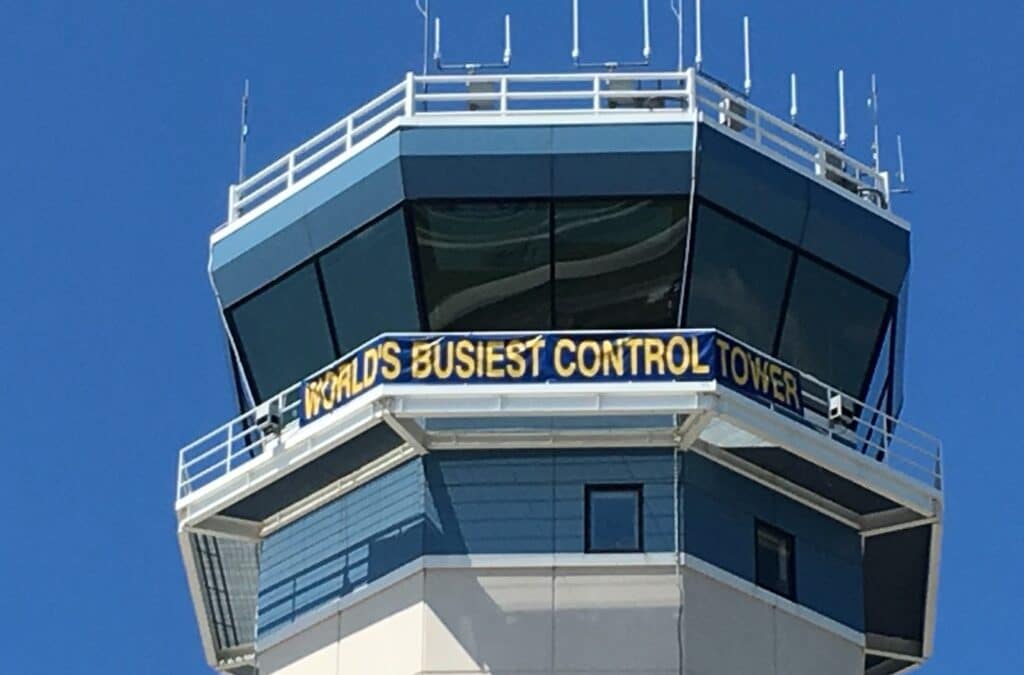 A permanent vertiport for electric vertical takeoff and landing (eVTOL) aircraft is in the works at Oshkosh, Wisconsin’s  Wittman Regional Airport (KOSH), the well-known site of the largest airshow in the United States.

The project represents a small part of a worldwide eVTOL movement that’s driving hundreds of companies to develop electric, zero-emission air taxis and other aircraft that can easily fly over traffic congested urban areas.

The small, $50,000 facility—with just one landing pad—will be built on the airport side of the grounds, as an amenity of Wittman’s new GA terminal which opened last summer. Volatus co-founder Grant Fisk says the vertiport terminal will be built with modular structures that are pre-constructed offsite. Due to the pre-built, modular design, Fisk expects construction to move quickly.

The project should break ground by late summer 2022 and be ready for helicopter or experimental eVTOL demonstration flights by this fall—meaning the vertiport won’t be completed in time for this year’s AirVenture.

“We’ve done a lot of research on this, and based on our best research, this would be the first permanent eVTOL vertiport in the Americas,” Fisk told FLYING.

Because the FAA is still in the process of defining design specifications for vertiports, Fisk says Volatus will be working closely with the agency to make sure the Wittman vertiport is current with all applicable aviation regulations. “We’ve been very mindful to ensure that we’re going to be compliant right off the bat.” Fisk says he’s fully prepared to make changes based on evolving FAA regulations. The design is intended to be very flexible.

Virtually every summer, KOSH air traffic explodes as approximately 10,000 aircraft fly in for the Experimental Aircraft Association’s AirVenture. Last year, the event attracted about 608,000 visitors—a near record. According to the EAA, aircraft operations during the 10 days of AirVenture 2021 numbered 16,378. That’s an average of 116 takeoffs and landings per hour when the airport was open. In fact, during AirVenture, Wittman’s ATC tower often displays a banner that reads: “World’s Busiest Control Tower.”

So far, no eVTOL developers have had their aircraft type certified by the FAA, and the EAA has not announced any plans for eVTOL demonstration flights. Last year, Volocopter flew its small air taxi demonstrator at AirVenture.

Experts have long warned that providing necessary infrastructure for the service and support of this new sector will be a major factor in its success or failure.

“I’m very hopeful about the eVTOL industry and that’s one of the reasons why we’ve decided to enter this space,” Fisk says. “If this technology is meant to be part of the future of transportation for passengers, for cargo, for medicine, then the infrastructure must absolutely grow at the same rate. Municipalities must be ready to accept the technology, otherwise it will not grow.”

If the industry scales up to handling large volumes of passengers, big questions about vertiport operations remain to be answered, such as:

Another challenge for the industry will be the investment required to build vertiports or to retrofit existing structures—such as the upper decks of parking garages—to serve as vertiports.

Depending on size and mission, each vertiport facility could cost between $200,000 and $7 million to build, according to estimates by management consulting firm McKinsey & Company.