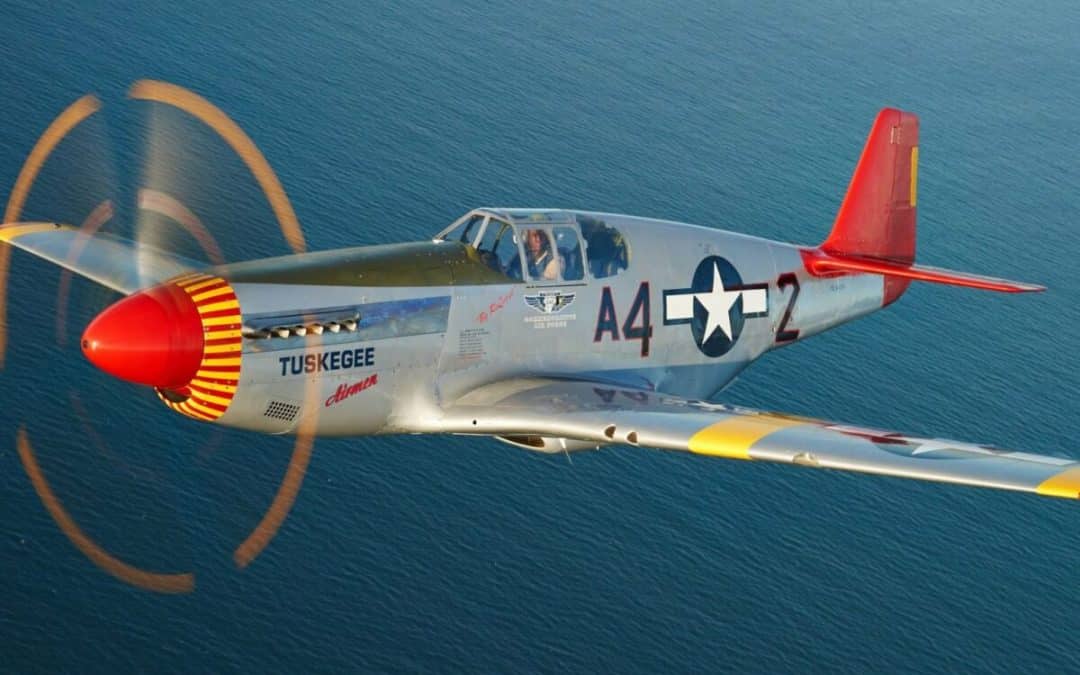 Just in time for Veteran’s Day celebrations, the Commemorative Air Force’s P-51C Mustang has returned to the skies. The aircraft—serial number 42-103645 and nicknamed Tuskegee Airmen—has been undergoing repairs since last year after an unfortunate departure from the runway in Tallahassee International Airport (KTLH) damaged the landing gear and part of a wing.

“It takes a whole lot of people in this industry to keep these airplanes flying safely,” said Eric Trueblood, one of the owners of AirCorps Aviation. “It takes a community from propeller shops and engine shops and the like.”

Trueblood noted that when working on a World War II design, the history of the aircraft and its role in the war is very important.

“We have a historian on staff who researches and writes about each airframe,” he said, adding that the story of the Tuskegee Airmen is poignant on several levels. “The story resonates with many, not only for what the Tuskegee Airmen had to overcome, but what they achieved in terms on flying cover for the bombers.”

READ MORE: How LaGuardia Airport Inspired a Tuskegee Airman to Dream of Flight

The P-51 is painted in the colors of the Tuskegee Airmen, sporting a distinctive red tail. When it is parked on the ramp, it always attracts a crowd of admirers.

Doug Rozendaal, leader of the Commemorative Air Force Rise Above Squadron, performed the post-maintenance flight, taking the aircraft to Raymond, Mississippi, where John 360° Coatings repainted the repaired parts of the aircraft to get her “show ready.”

Tuskegee Airmen‘s regular pilot, Alan Miller, then flew the airplane to Brandon, Mississippi, for propeller rebalancing, then this past weekend it was on to Windsor Locks, Connecticut, for the Rise Above exhibit at the New England Air Museum.

Tuskegee Airmen is now on the way to Dallas Executive Airport (KRBD) for the Commemorative Air Force Wings Over Dallas airshow, November 11 through 13.

“I am happy to have the airplane back out on the road and telling the story of the Tuskegee Airmen,” says Rozendaal.

About the P-51 Mustang

According to Mustangs.com, some 15,586 North American P-51 Mustangs were built between 1940 and 1945. During World War II, they were used as escorts for bombers, and referred to as “little friends.”

After World War II, many of the aircraft were scrapped, although some saw action in the Korean War. Stateside, there was a time where you could buy a demilitarized P-51 for $600.

Today, there are some 303 P-51 Mustangs left, of which 172 are airworthy. The rest are either on static display or undergoing restoration.

About CAF Rise Above

CAF Rise Above, formerly known as the CAF Red Tail Squadron, is part of the CAF’s educational outreach program that celebrates the legacy and shares the history of the Tuskegee Airmen and Women Airforce Service Pilots (WASP).

Both the Tuskegee Airmen and the WASP programs had to overcome societal bias in addition to the added challenge of learning to fly military aircraft.