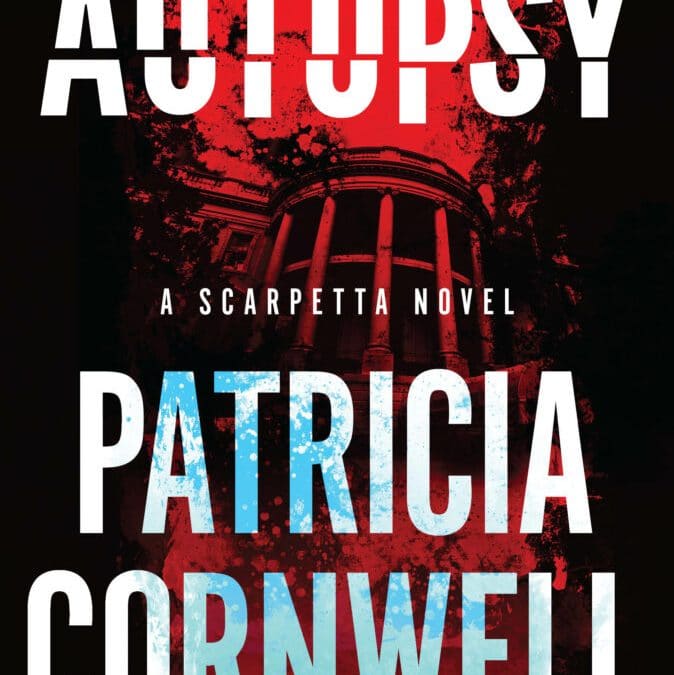 As a worldwide bestselling author of 25 forensic thriller novels, Patricia Cornwell has sold more than 100 million books, translated into 36 languages, to readers in 120 countries. Her novels are known for having intricate, well-thought-out storylines, with many thousands of hours of research used to add factual details as the plot unfolds. Since 1999, much of that fact-finding has been done from the right seat of one of the many helicopters she has owned and flown.

Cornwell has owned two Bell 407s, a Bell 427, and a Bell 430, and she’s leased other helicopters over the years. A private pilot with a rotorcraft rating, she has gained a new perspective on her 1,400 flight hours by viewing research locations from the air. When Lucy, a character in her novels, became a helicopter pilot, Cornwell drew on her personal experience as a rotorcraft PIC to add a solid layer of accuracy and believability to the story.

Currently, her 25th book, Autopsy, has been released, and it follows the investigations of Dr. Kay Scarpetta, the longtime protagonist in Cornwell’s books. In Cornwell’s journey, her life as an author and helicopter pilot are more intertwined than you might assume. In speaking with her recently, it’s apparent that the tenacity Scarpetta displays in Cornwell’s books is a trait both women share.

FLYING Magazine (FM): Of the many helicopters you have owned, which one did you love to fly the most?

Patricia Cornwell (PC): I’ve flown a lot of the Bells and some Euro-type helicopters, but really like the Bell 407. I like hand-flying—to me that is the thrill of flying helicopters. They’re the dancers of the air…you can go backwards, sideways, up, down, or not move at all. I love it, but it scares the hell out of me. I’m nervous before I go out to fly, and always relieved when it’s over. However, during the flight, I say to myself, ‘I can’t believe I’m doing this.’

FM: Name one person you’d like to fly with, living or dead.
PC: Leonardo da Vinci

FM: If you could fly any airplane or helicopter, what would that be?
PC: Richard Branson’s VSS Unity spaceplane.

FM: What one airport would you most want to fly
into someday?
PC: Heathrow in London.

FM: What has been aviation’s biggest innovation?
PC: The airplane itself. If not for the Wright brothers, “Captain Kirk” might not have gone into space recently.

FM: What one advantage has being a helicopter
pilot given you?
PC: It’s given me the confidence that I can do something that seems impossible.

FM: When you’re not flying, what would you rather be doing?
PC: Writing, because in both cases, I can go somewhere

FM: The time you spend writing and researching must be exhausting. Does flying helicopters give you an escape from that?

PC: Yes, I think flying is my happy place because it has taught me an important life lesson. When flying, you should not be thinking about anything else. It trains you to live in the moment. You can’t have distractions. You have to learn to focus on everything you’re doing. My friend Billie Jean King often said to just keep your eye on the ball because when you lose focus, that’s when things go off the rails.

FM: In your novels, Scarpetta demonstrates a high level of tenacity in her work. What have you learned from her when it comes to flying safely?

PC: I actually try to take on Scarpetta’s persona when flying. She is so level headed about what she’s doing. I never put my hand on a switch until I’m sure I know which switch it is, because you can get into a lot of trouble when you’re in a hurry in the cockpit. As a forensic investigator, Scarpetta has to be sharp when she goes into those crime scenes, and I try to have that same sort of mentality of being methodical, staying focused on every little thing, keeping up my scan, and paying attention to what myself and the helicopter are doing.

Cornwell says flying helicopters has allowed her to be more productive and mindful. [Courtesy: Patricia Cornwell]

FM: Are there any personal habits that you’ve developed while becoming a bestselling author that have also served you well in flying?

PC: I think it’s just trying to pay very close attention to my surroundings and having awareness in every aspect of my life. I tell people all the time that before you land a helicopter, know what is underneath you. And that’s a very good mantra for making big decisions in life. Be sure you know what you’re about to set down on before you do it; don’t commit yourself to anything until you know for sure what’s there. Whether it’s contracts or a business deal, try to be mindful and get all the data that you can because that’s going to keep you safe.

FM: Has flying helicopters allowed you to compress time and fit more research into your days?

PC: Absolutely. The first way I started using helicopters would be to go to places I was researching for some scene I was going to put in my book. One time, I flew a Bell Jet Ranger from Richmond, Virginia, to an archeological dig on Jamestown Island, which was a 15-minute flight but a couple of hours by car. After digging all day with the archeologists, I was covered with red clay mud. While walking back to the helicopter sitting in the middle of a field, there was this guy just standing there staring at me with his mouth hanging open. He said he was just trying to figure out what I was doing. I looked right at him and replied that a girl has to get to work somehow. And then I hopped in the helicopter and flew away.

FM: What has it been like to fly into meetings and events in your helicopter?

PC: Flying helicopters has allowed me to do things that I would not have been able to do had I not had access to one. One of my coolest landings was probably 20 years ago, when I arrived at a bookstore for a book signing. The line was around the entire shopping mall. They [had] coned off the safe area, and I arrived to my book signing in my helicopter. Another fun arrival was landing at the NASA Langley Research Center in Virginia. I’m flying in and looking right at the hangar where Neil Armstrong and Buzz Aldrin did some of their moonwalk training back in the ’60s, ready to set down in front of it with people waiting. You can’t help but to feel intimidated landing your helicopter at a NASA facility. Yes, it is a grand and glorious way to make an entrance.

FM: The job market is wide open for helicopter pilots. What do we have to do to get more women into flight training?

PC: There needs to be more messaging that women can fly helicopters as a career, with emphasis in the military for women to get helicopter training—because it is very expensive. If I were talking to women who are going to be pilots, I’d say they must be able to say no with strength when they’re flying a CEO in bad weather conditions, and he says he’s got to get home. She’s got to be the PIC, be in charge of the flight. I think women can be great at everything, but they make excellent pilots for sure.