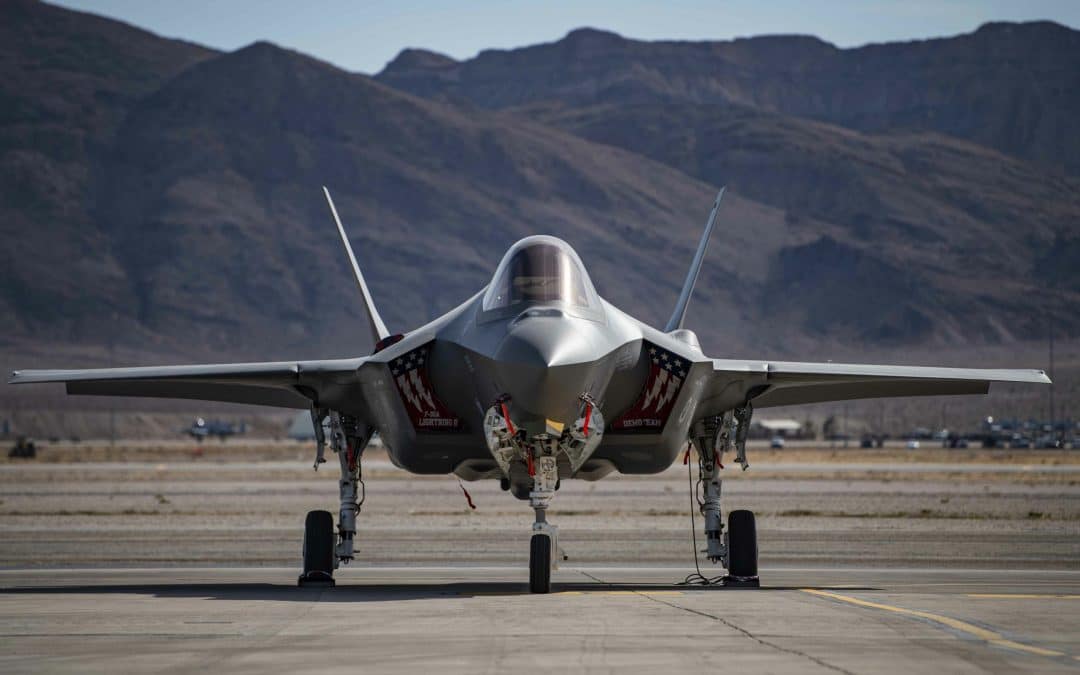 U.S. defense officials have temporarily stopped accepting deliveries of Lockheed Martin (NYSE: LMT) F-35 Lightning II after a discovery that parts on the fighter jets in production were made from an alloy hailing from China, potentially violating Pentagon acquisition policy.

The alloy in question was used to produce magnets that are integrated into F-35 turbomachine pumps.

“We have confirmed that the magnet does not transmit information or harm the integrity of the aircraft and there are no performance, quality, safety, or security risks associated with this issue and flight operations for the F-35 in-service fleet will continue as normal,” F-35 Joint Program Office (JPO) spokesperson Russell Goemaere told FLYING.

The alloy provider is a 5th-tier supplier to Lockheed Martin.

“The issue is related to a magnet on the F-35 turbomachine manufactured by Honeywell (NASDAQ: HON) that includes cobalt and samarium alloy that was recently determined to be produced in the People’s Republic of China,” Lockheed Martin spokesperson Laura Siebert said in a statement Wednesday afternoon.

The magnets are magnetized in the U.S., and do not provide any visibility to sensitive information or create a flight risk, Siebert said.

“Our team is doing everything possible to gather the facts and work through potential courses of action,” she said. “If it is determined that a National Security Waiver is required, the statute requires the Under Secretary of Defense for Acquisition and Sustainment (USD, A&S) make a written determination that acceptance of F-35 aircraft containing the non-compliant materials is necessary to the national security interests of the United States.”

The manufacturer is on schedule to deliver between 148 and 153 F-35s this year; however, the length of the delivery pause has not yet been determined, she said.

JPO first learned of the issue August 19 when it was notified by the Defense Contract Management Agency (DCMA) that the aircraft part alloy was potentially not compliant with Defense Federal Acquisition Regulations Supplement (DFARS) policy.

F-35 JPO officials decided to temporarily halt accepting new F-35s in order to ensure all new aircraft coming off the assembly line were in compliance with defense acquisition policies regarding specialty metals.

“Defense contractors voluntarily shared information with DCMA and the JPO [Joint Program Office] once the issue was discovered and they have found an alternative source for the alloy that will be used in future turbomachines,” Goemaere said. “Further investigation is underway to understand the causal factors for the non-compliance and to establish corrective action.”