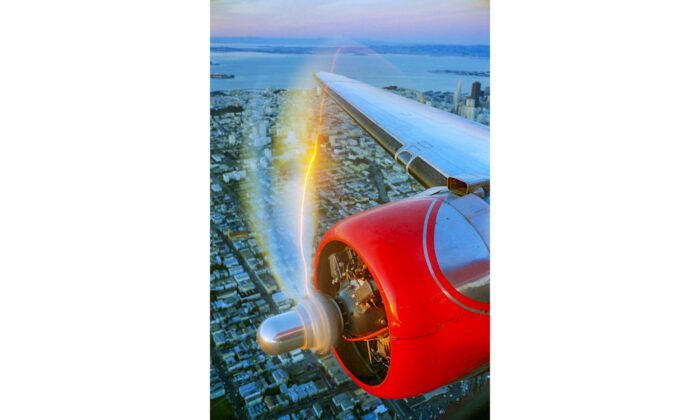 1 of 3
I shot this from the First Officer’s seat on the Otis Spunkmeyer DC-3, N97H, during a Sunset/Moonrise Air Tour over San Francisco in 1997 with a Leica M-6 camera. Kodak PRN color negative scanned with a Nikon L-8000 scanner. Copyrighted photo by Robert Campbell.

Taken on an iPhone X while waiting our turn for de-ice at dawn. Copyrighted photo by Thomas Neale.

Ski flying in the Talkeetna Mountains on April 10, 2022. Photo by Jason Kepler.

A quick note for submitters: If you’ve got several photos that you feel are “POTW” material, your best bet is to submit them one-a-week! That gives your photos a greater chance of seeing print on AVweb, and it makes the selection process a little easier on us, too.