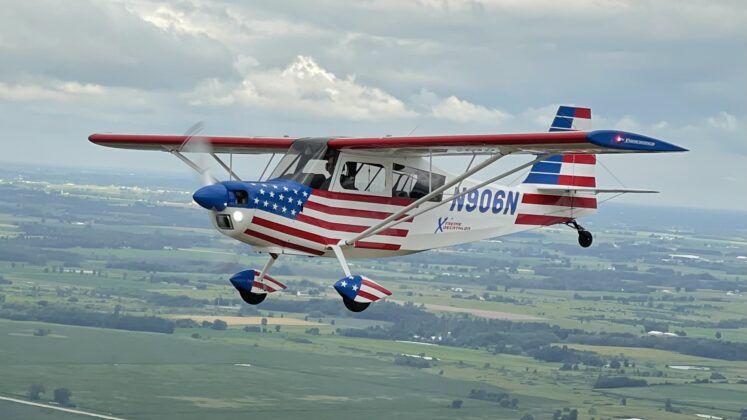 1 of 4
I took this picture on an iPhone 12 Pro Max on Aug 1, 2022, during a formation flight from AirVenture back to the American Champion Aircraft factory. I had purchased the airplane prior to OSH, but the pilot on this flight was Dale Gauger, Chief Test Pilot for ACA. Photo by Richard Duncan.

PICTURE OF THE WEEK: XTreme Decathlon

View from the Right Seat of a Jetstar

The post Picture Of The Week, January 11, 2023 appeared first on AVweb.