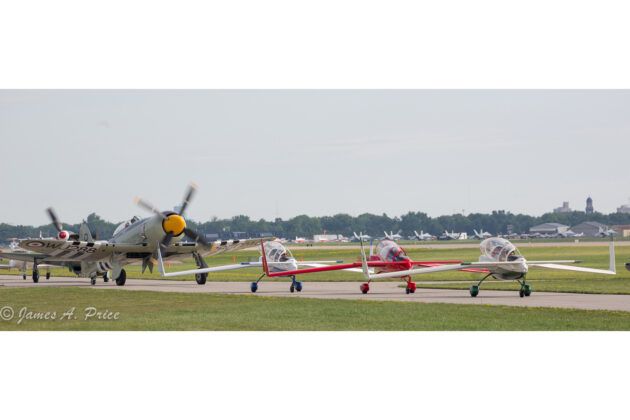 1 of 4
A flight of Speed Canards leaving Oshkosh in 2019. The pilots are David G. Ullman, Henry Bartle, and Henson Bartle, all of Independence Oregon. We did not know what was behind us until we saw this photograph. Copyrighted photo by James A. Price. Submitted by David G. Ullman.

PICTURE OF THE WEEK: Leaving Oshkosh

Shot from a Cirrus SR-20 on a winter afternoon over Sedona, AZ (KSEZ). Taken with a with a Nikon D500. Copyrighted photo by Randy Dufault.

A Winter Afternoon at Sedona

Pre flighting our 1946 Navion on a beautiful evening in Illinois. Photo by Jim Manint.