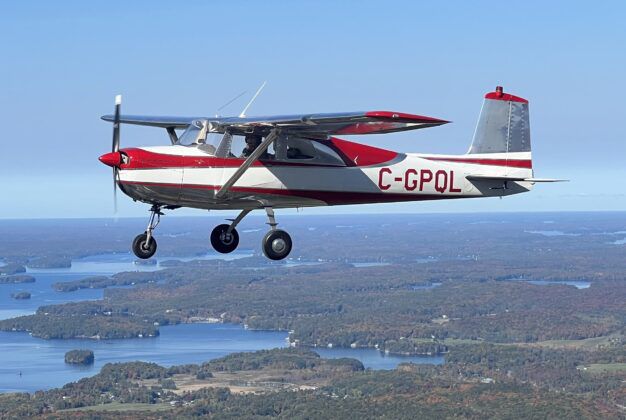 1 of 4
This photo of a C150C was take over Muskoka Lakes, Ontario, enroute to CNJ4 Orillia Rama Regional airport. Copyrighted photo by Grant S. Bailey. Submitted by Bill Carswell.

PICTURE OF THE WEEK: The Last of the Straight Tail Fastbacks

I was working the California Capital Airshow at Mather Airport and took this picture at sunset on Sept 29, 2022. The pic was taken with my iPhone. Copyrighted photo by William J. Foraker Jr.

This image was taken as the two F/A-18F Super Hornets were retuning to Joint Base Andrews after doing the kick off fly over at The Navy-Marine Corps Memorial Stadium in Annapolis MD on October 22, 2022. Photo by Joseph Handelman.

Our tailwheel-converted Cessna 182 trying to fit in with the others at the Straight Tail 182 fly-in at Smiley Creek, Idaho in June 2022. Photo by Mike Gugeler.

The post Picture Of The Week, November 16, 2022 appeared first on AVweb.