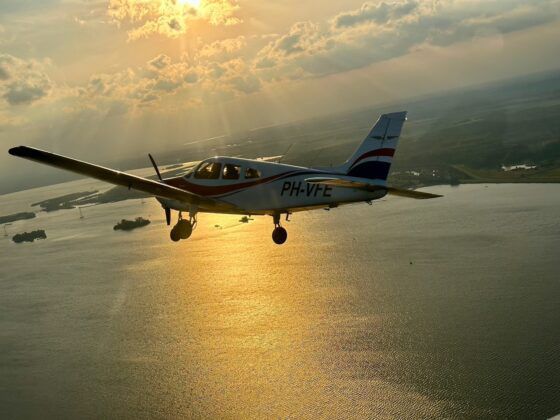 1 of 4
We train formation flying every three weeks with several PA28s in the vicinity of Lelystad Airport (EHLE). This picture was taken at the end of the day with an iPhone 14 Pro Max. Copyrighted photo by Willem Luuk Nijdam.

PICTURE OF THE WEEK: Sunset Flying

Taken at the “Dawn Patrol” event at the original WPAFB and now USAF National Museum in Dayton, OH, on Oct. 8, 2022. Photo by Mark Smith.

On Top of Mont Blanc

Privately owned ex-RAF Westland Whirlwind HAR10 at RAF Northolt Nightshoot XXVIIa held on 13 October 2022. The donations from these events are used to help fund the restoration of Building 27 at Northolt, which was used in the 1930s to develop the world’s first integrated air defense system. 8s exposure using a tripod-mounted Canon EOS 6D Mark 2 and EF 24-105L lens. Copyrighted photo by Nick Challoner.

The post Picture Of The Week, November 9, 2022 appeared first on AVweb.