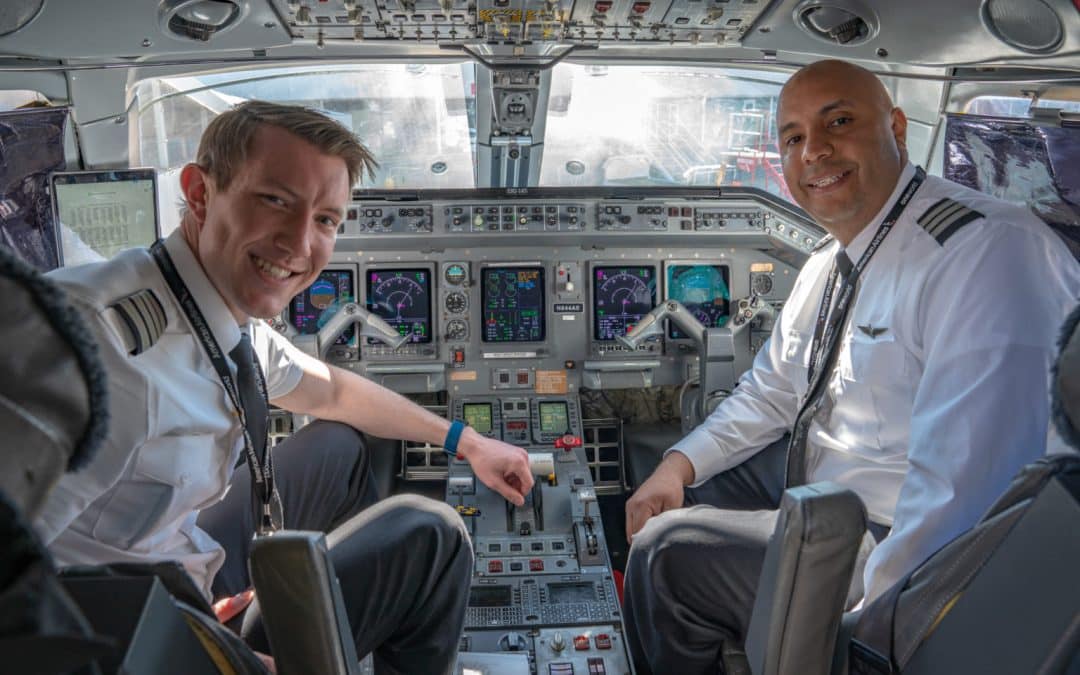 Piedmont Airlines is boosting pay packages to attract and retain pilots for the next two years as it eyes route expansion. The American Airlines (NASDAQ: AAL) regional carrier announced Wednesday that it is offering $100,000 upfront to pilots who can sit in the left seat of the flight deck, and $75,000 to pilots who are close to upgrading to captain.

The bonuses, however, target pilots with specific levels of experience.

Pilots with 950 hours of Part 121 time will qualify for the $100,000 bonus, and pilots with 500 to 949 hours of qualifying time are eligible for $75,000 under the program. Pilots would need to accept a conditional job offer before the end of the year to qualify for the limited offer.

Eric Morgan, Piedmont’s CEO, explained that the rebound in commercial travel precipitated the generous offer as Piedmont, like other airlines, is trying to ramp up capacity to meet the overwhelming demand.

“Passengers are back, and the demand for travel is high, but our industry hasn’t settled into a steady state yet,” Morgan said. “We are in a unique position to say to pilots, ‘come to Piedmont, help us expand our fleet and our routes, and here’s a big check to spend while you do it.’”

U.S. airlines have struggled to fill the void left by the glut of pilots who retired in the early part of the pandemic, offering lucrative pay packages to incentivize recruitment. This summer, American Airlines had to park close to 100 regional airplanes because it couldn’t find enough regional pilots, which prompted all of its regional carriers—PSA, Envoy, and Piedmont— to announce a bonanza of pay upgrades.

“We’ve done a tremendous amount of work to get all of our resources aligned to grow,” Morgan said. “But we have a gap in 2023-2024 between the number of airplanes we want to fly and the captains we need to fly them.”

As part of a package offered in June, Piedmont offered potential new hires pay based on experience at other airlines in an attempt to lure some pilots away from competitors. With that, it updated its captain’s pay scale to range from $146 per hour to $213 per hour. It also included new work rules, enhanced bid schedules, and additional hotel rooms for commuting pilots.

With this recent bonus, Morgan said the airline is hoping to recruit experienced pilots to get them through a 24-month period for a two-year commitment to the airline.

There are, however, caveats. The airline said the $100,000 bonus would replace the current pilot retention bonuses that expire at the end of the year. Instead of paying multiple bonuses over five years, Piedmont will now pay $100,000 up front to qualified pilots. Ultimately, Piedmont said pilots who opt-in could take advantage of its contractual flow program with American’s mainline carrier.

News of the retention bonuses come as the airline is planning to make strategic expansions. It announced in August that it was planning to add 15 Embraer 145s to its fleet that would come from its regional partner, Envoy. It also offered employment relief to furloughed Express Jet Airlines pilots after that carrier filed for Chapter 11 bankruptcy.