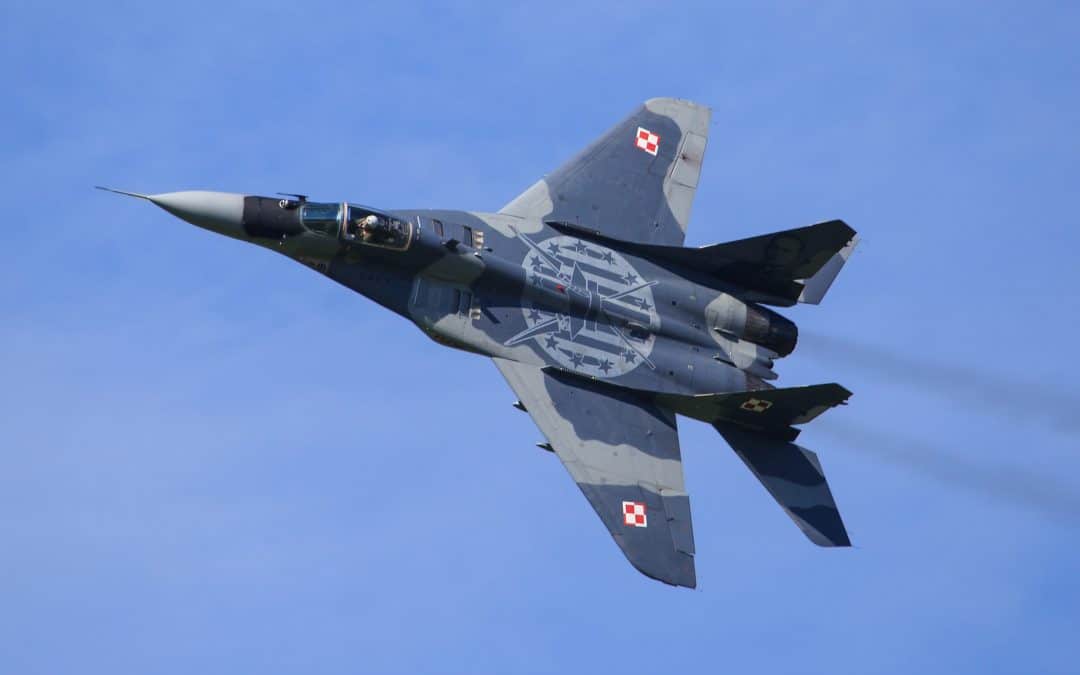 The Pentagon rejected an offer made by Poland to send its fleet of MiG-29 fighter jets to Ukraine via a U.S. military base in Germany, citing logistic concerns for NATO allies, a defense official said Tuesday evening.

The decision appears to be an about-face after U.S. officials over the weekend gave “a green light” to discussions of the plan that would have facilitated a fighter aircraft swap among NATO countries and Ukraine after President Volodymyr Zelensky made numerous appeals for additional air assets.

U.S. officials, who had been in discussions with Poland about how to handle the complexities of transferring its older MiG-29 fighters in a possible exchange by a swap of U.S. fighters, were taken by surprise by the offer that was announced publicly before U.S. defense officials were consulted, according to numerous reports.

“As we have said, the decision about whether to transfer Polish-owned planes to Ukraine is ultimately one for the Polish government.”

In the public statement, Poland officials said the country was “ready to deploy—immediately and free of charge—all their MiG-29 jets to the Ramstein Air Base and place them at the disposal of the Government of the United States of America,” CNN reported. “At the same time, Poland requests the United States to provide us with used aircraft with corresponding operational capabilities. Poland is ready to immediately establish the conditions of purchase of the planes.”

The terms of the logistics laid out by Poland left U.S. defense officials uneasy.

“As we have said, the decision about whether to transfer Polish-owned planes to Ukraine is ultimately one for the Polish government,” Pentagon spokesperson John Kirby said Tuesday evening.

“The prospect of fighter jets ‘at the disposal of the Government of the United States of America’ departing from a U.S./NATO base in Germany to fly into airspace that is contested with Russia over Ukraine raises serious concerns for the entire NATO alliance,” Kirby said. “It is simply not clear to us that there is a substantive rationale for it.

“We will continue to consult with Poland and our other NATO allies about this issue and the difficult logistical challenges it presents,” he said. “But we do not believe Poland’s proposal is a tenable one.”

The proposal, as announced by Poland, was also a non-starter for other NATO members.

“[W]e have to think very carefully about what we are doing, and this certainly does not include fighter jets,” German Chancellor Olaf Scholz said Wednesday in a press conference in Berlin that was also attended by Canadian Prime Minister Justin Trudeau, German news outlet DW.com reported.

Trudeau concurred, saying, “We want to de-escalate the conflict, we want to see an end to this conflict.”

The U.S. objection to the deal drew sharp criticism from Zelensky.

“Listen: we have a war! We do not have time for all these signals. This is not ping pong! This is about human lives!”

“We are grateful to Poland for the alternative—for its readiness to provide Ukraine with combat aircraft,” Zelensky said, according to The Independent. “The problem is in logistics. In fact, it is a technical issue. It must be solved!” he said.

“Listen: we have a war! We do not have time for all these signals. This is not ping pong! This is about human lives! We ask once again: solve it faster. Do not shift the responsibility, send us planes.”

Despite the public rebuff of the proposal, the U.S. remains under tremendous pressure to resolve logistical concerns and get the aircraft into Ukrainian hands, according to one military analyst.

“I think they’re going to figure out a way to get these airplanes to Ukraine,” said Mark Cancian, an international security expert at the Center for Strategic and International Studies in Washington, D.C.

“This has become so visible, it’s taken on a symbolic meaning beyond its actual military meaning, so it would be very hard for the Biden Administration, having raised the possibility, to then turn around and say we’re not going to do this after all,” Cancian said.

Despite the setback, Ukrainian air defenses continue to hold the line, denying air superiority to Russia, according to British military officials.

“Ukrainian air defences appear to have enjoyed considerable success against Russia’s modern combat aircraft, probably preventing them achieving any degree of control of the air,” the U.K. Ministry of Defence said Wednesday.