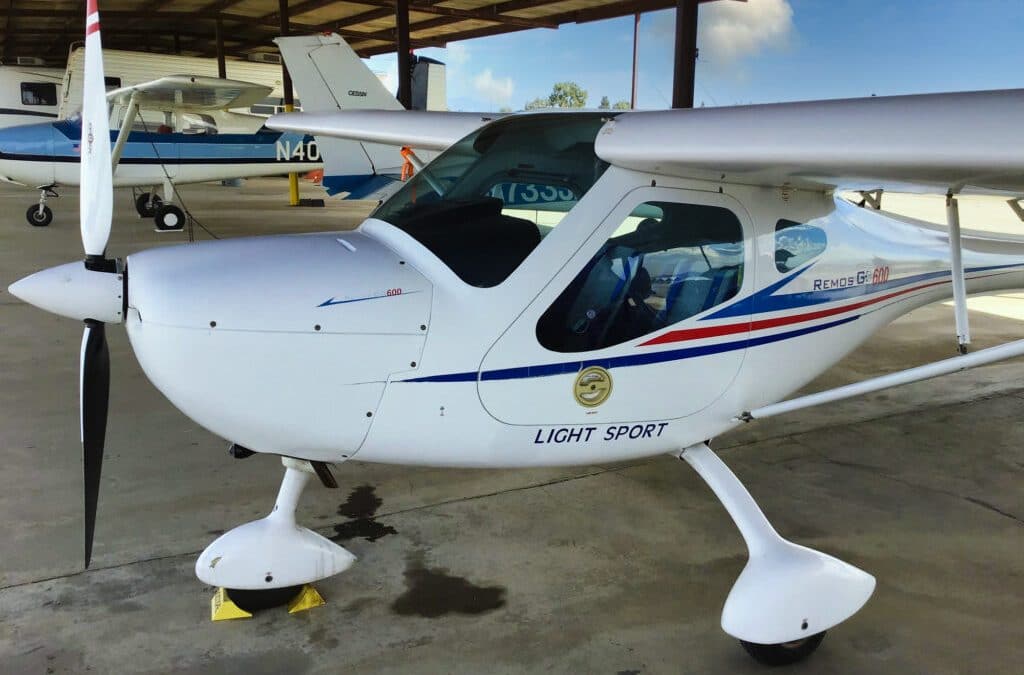 Once you have determined that flying a light sport airplane fits your personal aviation mission, it is time to get out your debit card (or sign loan docs) and buy something shiny for your hangar. After a bit of online shopping for new LSA models, you are stoked by the level of advanced avionics they offer, but floored at the sticker price.

So you go to Plan B: Looking for a nice, previously flown, used LSA.

If you think that all new light sport makes and models are out of your budget range, you’ll be relieved to know that the pre-owned LSA market has something for everyone, from those looking for the most affordable path to the sky to buyers who want a pre-owned, low-time late-model airplane at a price below showroom value.

Recently, FLYING connected with the folks at Trade-A-Plane (TAP). TAP has been the go-to set for several generations of buyers. However, other sites such as Controller.com and Hangar67.com offer similar used airplane listings. And note that not all listings described below might still be on these sites for sale, so they are for reference only, with data subject to change.

“Throughout the last few years, demand for LSA remained strong as more and more people recognized the value of private aviation,” Turner said. “The market for LSA in the U.S. appears to be mirroring the general market as a whole, which is solid. We anticipate the interest for LSA activities and aircraft to grow and can see that reflected in the demand—despite inventory levels being low, many quality aircraft are not staying on the market for very long.”

Turner added that just like all general aviation aircraft on the pre-owned market, LSAs with low engine times and better avionics tend to sell more quickly regardless of the age of the airframe.

Data provided by Hangar67 seems to back that up.

“Since Hangar67’s inception in July of 2019, we have had 592 light sport aircraft posted for sale,” said Will Jackson, the site’s co-founder. “While asking prices have steadily climbed in the last year with the rest of the market, days-on-market for these aircraft has substantially decreased.

“Prior to June 2020, the average days-on-market was 170 days for all LSAs. Post-June of 2020, days-on-market averaged 108 days for the LSA group. That is a 57 percent decrease in listing duration and continues to decline in the first quarter of 2022. Days-on-market decrease before asking prices increase making this metric a bellwether for demand changes.”

For shoppers looking for the least expensive LSA path to the sky, some of the best bargains we found on TAP were vintage certified makes/models that can be legally flown with a sport pilot certificate.

With any of these vintage models, you need to be prepared to face the fact that these are old airframes that will require additional maintenance unless they have been recently restored.

For slightly more money, it is easy to get a well-equipped LSA with very good engine and airframe times. You’ll get a later model airplane as well, in a price range that can fit into many budgets. And if two sport pilots were to partner on one of these LSAs, the value they could bring would be exceptional.

For $76,700, you can buy a 2006 Flight Design CTSW in “excellent” condition with only 232 engine hours, no damage history, and a fresh BRS aircraft parachute repack and rocket. A very low-time 2011 Cessna 162 Skycatcher with Garmin G300 PFD, an optional second G300 display and fresh annual will cost you $89,000 with only 335 hours total time since new (TTSN) on the Continental 0-200 engine and 418 hours on the airframe. While no damage history is listed, a smart buyer would need to find out about the discrepancy between engine and airframe times.

Once you get into the very low six-figures, a later-model “almost new looking” 2012 Flight Design CTLS is offered for $113,500 with total airframe and engine (TTAE) time of just 220 hours. The Dynon D-100/D-120 glass panel combo panel is loaded with features, including a TruTrak FD Pilot autopilot coupled to GPS.

If you want to fly some of the finest models of LSAs on the market, you’ll need to spend deeper into the six-figure range, but the aircraft being offered are the best of the best.

Any sport pilot with an LSA mission involving some fun water operations could scoop up a 2019 Super Petrel LS with 125 TTAE offered for $175,000, or a 2018 Seamax Aircraft LTDA M-22 with just 112 TTAE offered for $169,800. Both will give you close to that “new airplane smell” for far less than showroom prices.

There are numerous very late-model BRM Aero Bristells available on the high-end “pre-owned” market, including a 2020 with 10 total TTAE and Rotax 912ULS engine offered for $192,519 with a Garmin G3X panel, a sizable drop from similar new model prices from the factory. A 2018 Bristell with 400 hours is also offered for a “negotiable” $219,269, which gets you the same great G3X panel plus an upgrade to the Rotax 912iS engine. A plus on this listing is the addition of a certified Val 2000 VOR/ILS which will allow for IFR flight if converted to an ELSA.

Do Your Due Diligence

As with any pre-owned airplane purchase, a thorough pre-buy inspection by someone familiar with that make/model is important, along with a close look at the logbooks. However, if the inspection is clear, and the logbooks look immaculate, buying on the pre-owned market can save thousands over the price of new models. Sure, you will give up some of the latest and greatest features coming out these days from the OEMs, but as our recent article featuring a 2,100 nm long XC in a 2010 PiperSport demonstrates, many LSAs even over a decade old can still deliver plenty of dependable and economical fun.