Redefining What it Means to Be a ‘Lazy Pilot’ 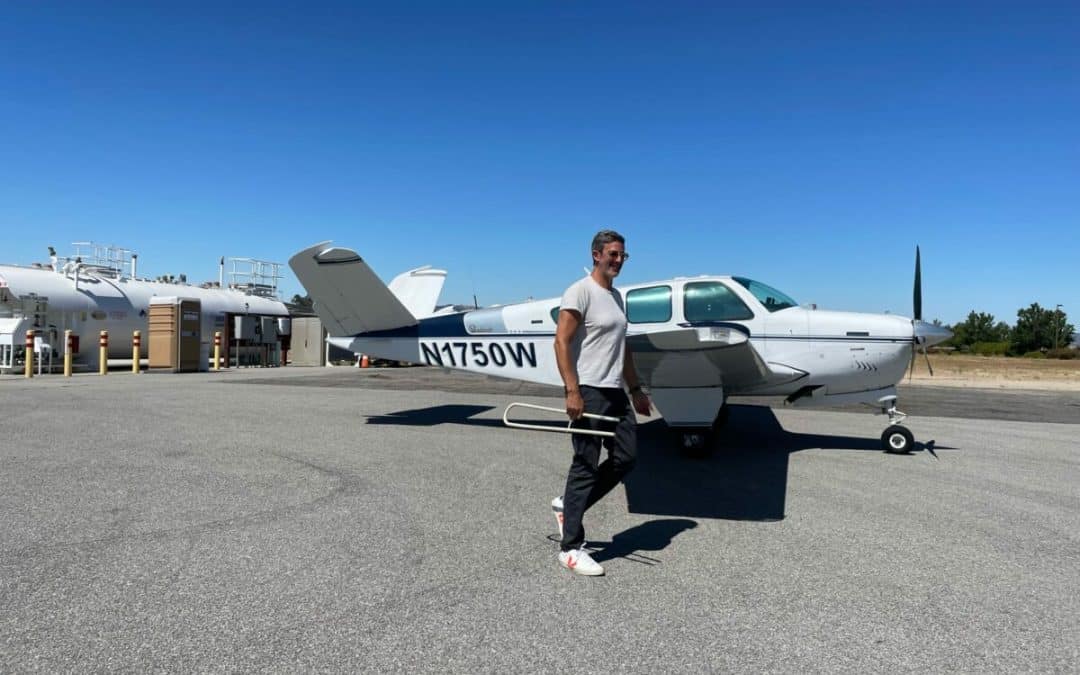 They say a lazy pilot is a good pilot. This adage has always rubbed me the wrong way. I understand the underlying meaning: You should always be ahead of the airplane. So much so that you’ve imagined every possible outcome and simply cannot be surprised, thereby rendering you an inert lump in the left seat.

The problem for me is I can never move past the word itself. Lazy: not liking or willing to act or work. I can readily think of times where I have been a lazy pilot in a more traditional sense of the word, and it was not a great look. Or a great outcome.

One recent example comes to mind. I flew up to HeliComm Avionics at Paso Robles airport (KPRB) in July to have a failed servo replaced on my autopilot (more on that in a later column). I departed Runway 21 at Santa Monica (KSMO) on an IFR clearance, punching through a marine layer that had not yet burned off on a SoCal morning. Prior to launching, I completed a thorough preflight and loaded the instrument approach back into Runway 3 on my second navigator—a Garmin GTN 650—in case I had an issue on climbout and needed to turn back to the field. I was prepared. Lazy even, if you can call “lazy” the kind of concentration and alertness hand-flying a single-engine aircraft into a low overcast requires.

I popped out into the brightest sunshine and climbed steadily away from the puffy white carpet below, every second of vertical giving me more and more options if something was to happen. Nothing did.

I hand-flew the hour and change up to Paso Robles and canceled IFR about 15 miles out after asking for and receiving the straight-in approach to 31. Winds were calm, skies clear. Listening to the CTAF (common traffic advisory frequency), I registered everyone was using 19 so I entered a long left downwind and inserted myself into the conversation, letting traffic know who and where I was. It was one of those flights where I really did feel like I could not be surprised. I had thought of everything, and it was all going to plan.

Unlike later models, my 1972 Bonanza does not have approach flaps. I can only use them below 120 kias, at which point I can dump them all at once. Because of the high workload of an instrument approach in actual IMC, I never deploy flaps until I have the runway made, the idea being that if I have to go around, it’s one less thing to worry about when cleaning up the airplane in the busiest of flight envelopes, while being very close to the ground. Rather than changing my SOP, I do the same on VFR flights as well.

Once abeam the numbers, I put the gear down and entered a descending left base for “one-nine.” I called my turn for final and made the last bank toward the runway. Speed was good, altitude correct, rich-of-peak in case I had to go around. A pilot in command. Calm and collected. Heart rate of a sleeping child. The laziest of aviators. Can you feel something about to happen?

I lined up the runway right on the nose and dumped the flaps. Simultaneously, I began trimming up to plus-9 on the trim wheel. The flaps on my Bo extend faster than the electric trim motor can keep up, so I start adding trim immediately once I throw the flaps switch. In this way, I do not get an extreme pitch-down moment from the flap deployment, and I’m able to maintain a stabilized approach.

So, all of this to say, I was quite surprised when my aircraft decided to begin a deliberate climb at three times the pitch attitude I would normally use during takeoff. The nose was confidently heading toward the blue sky above. Both magnetic and true north. Up. I was suddenly looking at the pretty clouds and feeling my airspeed quickly deteriorate. This is not fun when you are 400 feet above ground level.

I pushed hard on the yoke, fighting against the trim I had introduced into this increasingly toxic scenario. Yes, you can overpower the servos. No, it isn’t a cakewalk. More telling is that I did not consider that the flaps had not extended. I skipped right past the most obvious (and correct) answer and decided this had to do with the failed servo, which had now come alive with no invitation and was actively trying to kill me. I pushed the big red A/P disconnect button, which did nothing. The autopilot wasn’t engaged.

Thankfully, I did not reach for the trim circuit breaker. Even my overly-inventive brain realized this was not a runaway trim scenario, but rather a “lazy” pilot who assumed the flaps had extended. After another moment, my hand reached down to the wheel, and I quickly dialed the trim out. I pulled the throttle to idle and continued my descent, landing slightly long and a little fast on the 6,008-foot-long runway.

This event never reached dangerous levels—the stall horn never even chirped—but it’s not hard to imagine how it could have, and the time it would have taken for it to have become so: mere seconds. In the end, I did what our teachers tell us from day one: fly the airplane. But it’s worth examining what happened here.

When I parked and shut down, David Nutile, the owner of HeliComm, came out to greet me and quickly noticed the circuit breaker on the flap motor was popped. We pushed it back in and the flaps ran flawlessly. My passenger, who was quiet up until that moment, spoke up. “Oh, that was sticking out when we took off.” Excuse me? “Yeah, I noticed it when you were doing the run-down.” You mean the run-up? “Yeah, that.”

I thought back to my preflight and distinctly remembered running my right hand across the circuit breakers. The flaps breaker is all the way on the left side, however, and I must have picked my hand up before it touched the popped breaker. It’s on my checklist, but do I really feel for every breaker, every time? No. That’s because I’ve never once seen a breaker that had popped. I’d become so accustomed to that feeling of my finger tips running across those slightly raised but never fully open circular breakers. At a certain point, when a pattern becomes so repetitive with zero deviation, you stop looking for the change. It’s confirmation bias at its worst.

I had two chances to catch this: once during the preflight and again when I flipped the flap switch. I could have easily taken the extra second to look out the window to confirm the flaps were actually moving before adding in trim. Sure, it’d require a bit of yoke pressure in the meantime, but so what? You can be sure it’s what I’ll be doing moving forward.

A rod that comes through the block or a fuel starvation episode will have all of your attention immediately. But this kind of event is no less worthy of our focus. These failures come at you in a quiet, insidious manner. They require vigilance in a world of endless repetition and predictability.

So let’s change that definition: A lazy pilot is a pilot that’s waiting to get his ass handed to him.

The post Redefining What it Means to Be a ‘Lazy Pilot’ appeared first on FLYING Magazine.