Remembering 9/11 at the Flight School Level 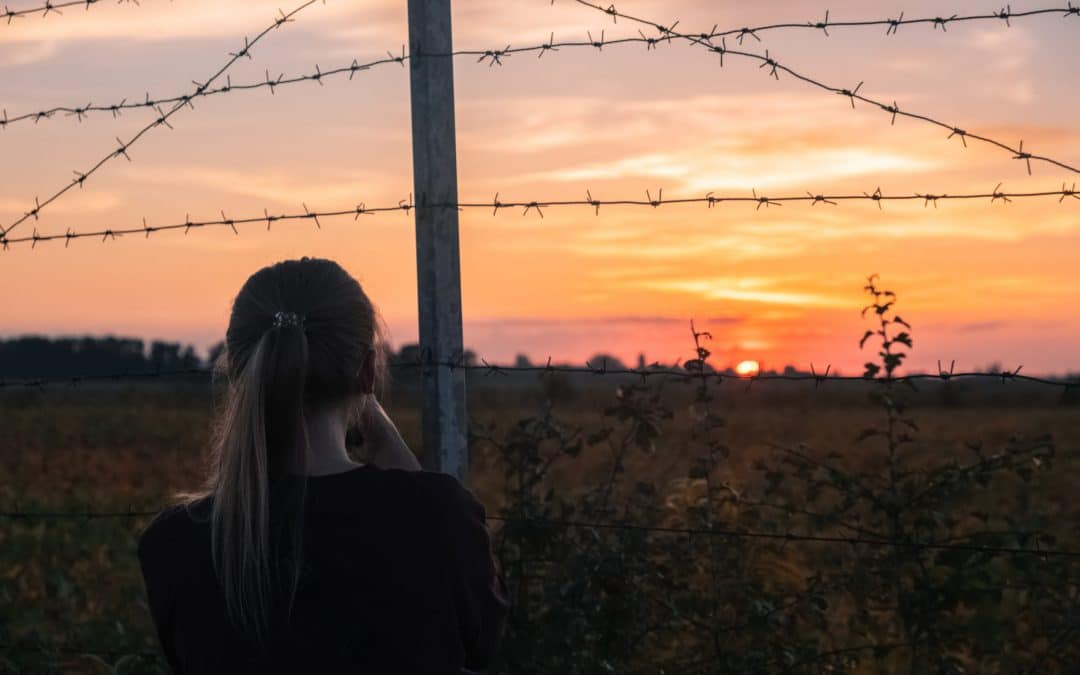 If you are old enough to remember September 11, 2001, you probably recall with some clarity where you were when you heard about the airliners deliberately flown into the World Trade Center. I was working at an aviation newspaper at the time. On the drive into the office I heard about the first aircraft hitting one of the towers. Like most people, I assumed it was a general aviation aircraft, and I figured I would be writing about it that day. I went into the break room and turned on the television. There was live coverage of the burning tower. I got there just in time to see the second airliner strike the south tower.

The announcer came on saying that all flying in the United States was grounded—anything in the air could be shot down. I immediately called my father to let him know I was safe on the ground. I was a few days away from my commercial check ride and had been flying every day. Dad knew this, and was relieved to hear my voice. He warned me not to fly over any military establishments—Dad was an aerospace engineer and a military man. Before I was born, he built missiles for Uncle Sam.

Ironically, on September 10, I had flown over military establishments—Bangor Submarine Base in Silverdale, Washington, and Bremerton Naval Shipyard. I was accompanied by my best friend, Cristi. Her father had been in the Navy and was based at both locations.

There were two submarines in port. It was a chamber of commerce weather day. There were young men with their shirts off, working on the deck of both subs. I took the Cessna 172 down lower and rocked the wings. They responded by waving their caps. Not even 24 hours later, a temporary flight restriction that measured 5 nm wide and 5,000 feet high was placed over the base.

All general aviation flying was grounded within 30 nm of Seattle-Tacoma International Airport (KSEA). In short, the Mode C veil had become the “bull moose” of TFRs. Dozens of  airports ranging from relievers to grass strips were shut down. This type of airspace closure happened all over the country.

In the following days there were stories of pilots trying to get home by flying low enough to stay below the radar. A friend in Minnesota told me about a Cessna 170 that took off from a non-towered airport despite it being under a TFR. The airplane stayed low to the ground, moving quickly. It was obvious the pilot was trying to get somewhere in a stealthy fashion. Moments later, a pair of military jets streaked by in pursuit.

The fact that newly certificated pilots had executed the hijackings struck home with the local flight schools. How could security be increased? One day we heard the FAA was going to require flight schools to require fingerprinting and background checks of all their clients. We heard there would be no more private pilot privileges in the United States. Only instrument-rated pilots on instrument flight plans were going to be allowed to fly GA aircraft solo. Flight instructors were going to be required to carry guns. Fortunately, most of that proved false.

The FBI Moves In

The flight schools were visited by the FBI. I was there when somber looking men in dark blue windbreakers with FBI stenciled on the back and military academy rings on their right hands sifted through student and renter records. They were looking for foreign students and renters with last names of certain ethnic extractions. They shared photos of the hijackers. We learned the flight school next store was connected to Huffman Aviation in Florida where two of the hijackers had trained.

This scene played out all over the country. A friend who was running a school in the Midwest told me, with some trepidation, that he had recognized one of the hijackers in the photos. The man had come to his school, but left because the school was too busy and could not meet his timeline.

The ramp was filled with aircraft that had been forced down by the all-stop. Business jets and single-engine pistons were crowded together like sorority girls sharing a hotel room on spring break. The silence on the ramp was eerie—like something out of a science fiction movie where the world’s population has been decimated by an alien virus. It was the first time many of us heard the noise of the freeway nearby—normally you couldn’t hear it over the sound of aircraft.

Security increased at the airport. Cement barriers were placed to block automobile access to the ramp. More fences went up. There were patrol cars from various law enforcement agencies in the parking lot. “Be ready to show your ID and pilot certificate,” we were told.

There were discussions about what constituted suspicious behavior in the training environment. The ones that got my attention were: “people who are interested in learning how to take off but not how to land” and “those pilots who just want to fly but are not interested in the knowledge that is required to earn a certificate or rating.”

A Slow Return to Normal

The airspace reopened very slowly, and it was confusing. For GA pilots at non-towered airports, you could fly VFR as long as there was a CFI on board and it was called an “instructional flight.” Private pilots and above who really didn’t need to have an instructor were paying CFIs to sit in the right seat to keep them legal.

If you were IFR current and had the appropriate sectionals and approach plates, you could file an IFR flight plan and fly VFR without the benefit of a CFI on board. I was pressed into service to help my out-of-currency employer move his just-about-to-go-out-of-annual Cessna from Pierce County/Thun Field (KPLU) to Tacoma Narrows (KTIW) where it could undergo its annual inspection. I filed a flight plan for the 15 nm VFR flight.

My commercial check ride was delayed for several weeks because of 9/11, and finally took place on a Sunday morning. I arrived at the airport early. I had a new VFR sectional and TAC stretched out on the cowling of the aircraft as I used a pink highlighter to mark the new post 9/11 TFRs that had popped up. They were over Bangor, Bremerton Naval Shipyard, the Port of Everett, and that sliver of land east of Jefferson County International Airport (0S9). With the exception of Bangor, which today is a prohibited area, the rest became national security areas, indicated on the sectional with heavy broken magenta lines and a notation: “For reasons of national security pilots are requested not to fly lower than….” with an altitude restriction. It is very polite phrasing, especially when you consider that at first we were hearing warnings about the potential use of deadly force against a straying aircraft and of pilots who lost their certificates, were fined, or ended up in prison for entering the airspace. I don’t know how much of that really happened, but I wasn’t going to risk it.

I was still marking the TFRs when a shadow fell over the sectional. An about-face revealed a very tall man wearing an FAA ID badge. He introduced himself, then wanted to know what I was doing at the airport so early, and why was I drawing on the sectional? He asked for my name and to see my identification and pilot certificate. I held them up but didn’t hand them over, just as I had been taught.

I explained I was about to take my commercial check ride and I was coloring in the TFRs so I wouldn’t accidentally blunder into one and lose my certificate or be shot down. I pulled out my fully filled out navlog to show him I was staying well clear of these areas. We talked for a few minutes, and he concluded by asking me if I would consider being a CFI because we “needed the enthusiasm.”

What we had were plenty of CFIs, as the airlines cut back on their training classes after 9/11. For a time, most of the flying was recreational, and people who wanted to learn to fly so they could fly their own airplane, saying they felt safer than being stuffed in an airliner with a potential terrorist.

There was a new emphasis on airport security and verifying the citizenship of each flight school candidate. The TSA endorsement was added to the list of required endorsements a CFI has to give their learners. Today, airport employees and CFIs are required to take annual training from the Transportation Security Administration.

The phrase “if you see something, say something” became part of our lexicon.

The fences and locked gates became as common as tie downs and windsocks at all airports. These fences are one of the obstacles—both literally and figuratively between us and the next generation of pilots. I hope someday those fences can be taken down—and aviation will become more physically accessible again—but I am not holding my breath.

The post Remembering 9/11 at the Flight School Level appeared first on FLYING Magazine.