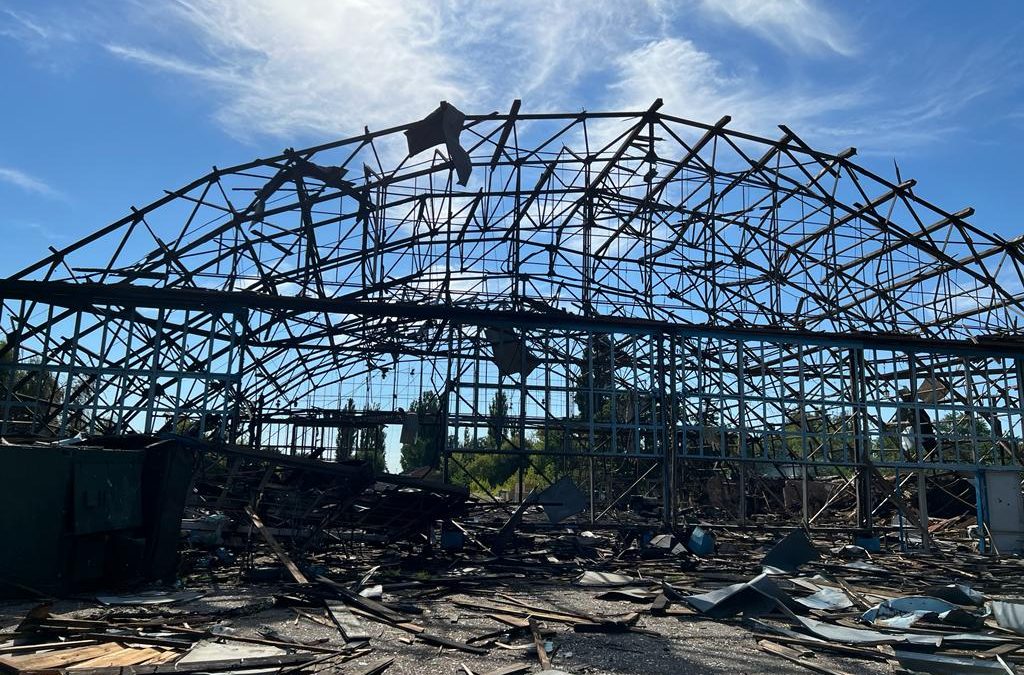 A midday Russian missile attack on a flight academy in central Ukraine has left at least five dead and more than two dozen injured, according to reports. The attack marks the latest civilian target since Russia first invaded the country in February.

“There are victims, dead and wounded,” said Andriy Raikovych, regional governor of the Kirovohrad region at a news conference reported by Reuters. “Twenty-five have already been taken to medical institutions—they were wounded. Five were killed, one of them from the military.”

In all, at least three aircraft were destroyed in the attack, according to the news service. “There are material losses—two civilian aircraft and one [Antonov] AN-26 aircraft.”

The flight school, which has been in operation for more than 70 years, has trained more than 120,000 students from 80 countries, it said. The facility includes two training airfields, training aircraft and training complexes.

On Friday, flight school officials surveyed the charred skeletal remains of the hangars to assess the extent of the loss.

“The explosion caused a fire, resulting in significant losses of the maintenance facilities, including a Cessna aircraft,” the flight school said.

In a statement offering condolences for those killed, Volodymyr Maksimov, acting head of the academy, denounced the “treacherous attack” on the flight school’s civilian hangar, “in the middle of the working day.”

Also affected by the attack, according to Maksimov, were aviators affiliated with Air Urga, a private Ukrainian airline that operates a fleet of 16 aircraft, including six AN-26-100s, two AN-26 aircraft, seven SAAB-340B, and one Cessna 172-R used for training.

Maksimov lauded the prompt reaction of first responders who arrived on site immediately following the attack. “A few minutes after the explosion, the academy’s special vehicles started extinguishing the fire,” he said.

According to defense officials in Ukraine, Russia is increasingly targeting civilian targets in Ukraine.

“Since the beginning of Russia’s full-scale invasion of Ukraine, Russia has attacked civilian targets almost 60 times more often than military targets,” the Ministry of Defence of Ukraine said Monday. “The terrorists carried out 17,300 strikes on civilian objects and about 300 on military targets.”