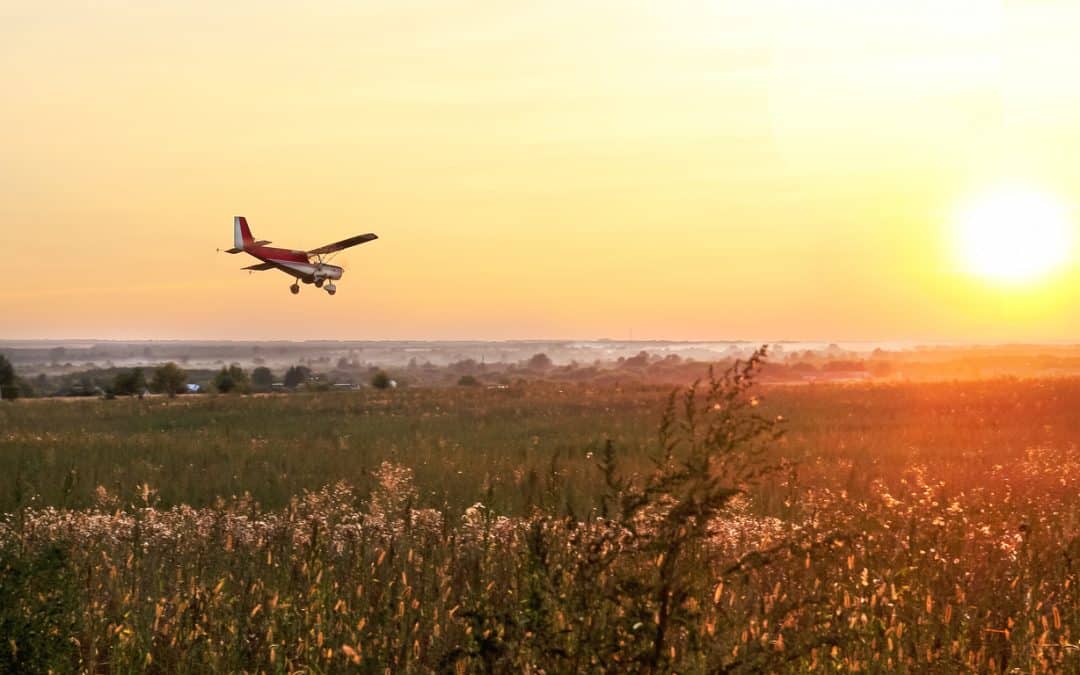 The words “private island” conjure all sorts of pleasant images. For pilots, the topic of private island airports is similarly appealing. Receiving permission to land at a private airfield can give pilots a special feeling, like they are privy to a well-kept secret.

Private strips often are located in picturesque, out-of-the-way places that you would never visit if you could not fly there. Ginning access to these special locations might require picking up a phone to call for permission to land. But usually this procedure is just a way for the airport owner to keep track of visitors, not a means of keeping them out.

Below are a few island airports that require permission before landing. We think they are worth the effort.

The Klenawicus family farmed potatoes and raised poultry after moving to this property in 1927. Brothers Joe and Frank Klenawicus flew airplanes from the field beginning in 1936 and over the years other pilots joined them. According to Shelter Island records, a local pilot named Sid Stiber made the first international flight from the strip in 1967, traveling in a twin-engine airplane to Labrador, Greenland, Ireland, Amsterdam, and back using the same route. The town acquired the land in 2011, officials said, “to preserve the aquifer, preserve the island’s aviation history and continue air delivery, Medivac and other emergency services.”

A handful of private turf and gravel strips dot the small islands southwest of Bar Harbor that include Swans Island, Vinalhaven, and North Haven. The runways are all short, and at 1,045 feet, Witherspoons is the shortest I know of. Short-field proficiency and the right airplane should take most of the drama out of operating there. Pilots of fast, heavy machines can opt for the ferry from Rockland. Generations of wealthy families have summered on North Haven, but the place is not overtly fancy and has the feel of a true escape from everyday stresses.

I often look for airport information on Airnav and have gotten used runway surfaces described as “asphalt” or “turf” with the occasional “concrete” or “gravel” sneaking in. But the 3,000-foot strip on Tern Island is made of coral. U.S. Navy Seabees built it in 1943 and the field served as an auxiliary base for Pearl Harbor and a fuel stop and emergency field for aircraft traveling between Hawaii and Midway. The island strip was built up during the war to include barracks, a radar tower, fuel tanks, and support buildings. Today it is run by the U.S. Fish and Wildlife Service.

I have long wanted to visit this turf strip in part because of the three airports on Martha’s Vineyard, this one offers the shortest walk into town. It is situated right on the edge of Oak Bluffs so if you are dropping in for a short visit you will not have to kill time arranging transport. The airport is also interesting because it is owned by the Martha’s Vineyard Land Bank Commission and has special rules for use. Pilots have to request permission to land using a form on the group’s website. Permission arrives by email and is good until the end of the calendar year.

Blakely, one of the San Juan Islands, has been a summer getaway since the early days of human civilization. Indigenous communities used to camp there during the summer to hunt, fish, gather berries, and prepare their harvests to be used during winter. During the 20th century, development accelerated and private individuals acquired much of the land. One group of buyers built the airstrip for a flying club. Today most of the homes on the island are summer vacation residences. Visitors have lots of options for activities, from hiking and fishing and wildlife tours to numerous whale-watching excursions.