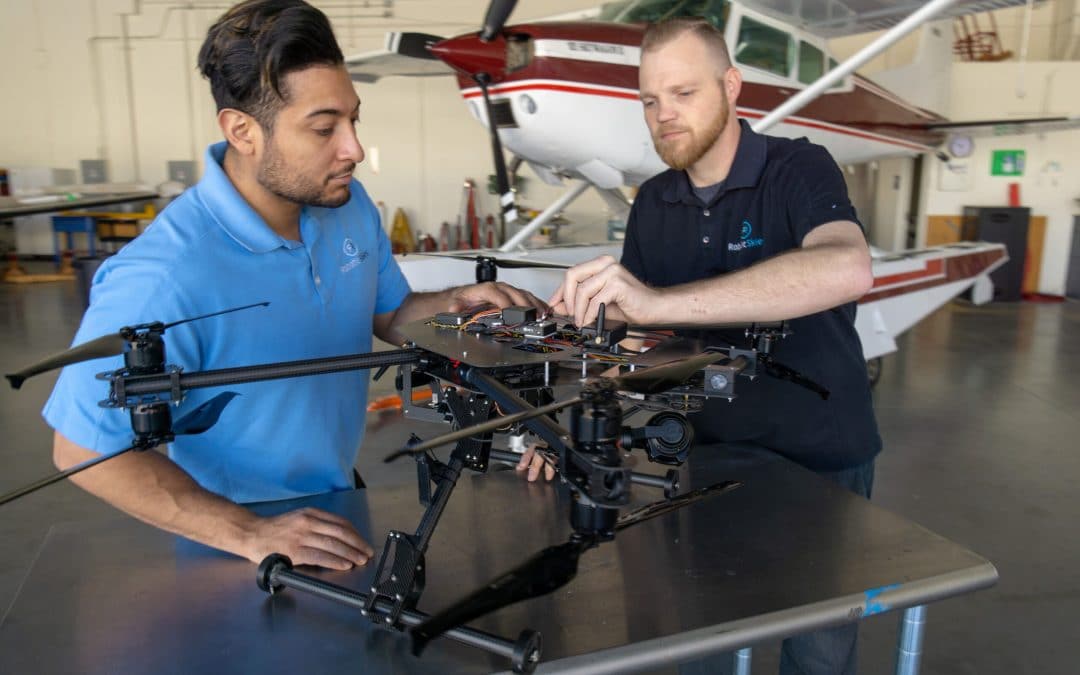 NEW ORLEANS, La. — One of the challenges that comes with the creation of new aviation technology is that there is often a lag between initial development and a means of support. Brad Hayden, the CEO of Robotic Skies, figured this out in 2014 when small unmanned aircraft systems (sUAS), commonly referred to as drones, were becoming popular.

“The field was growing so rapidly that it became clear that there would be a gap in maintenance operations,” Hayden explains.

Drawing on his background in avionics, Hayden created Robotic Skies to bridge the gap.

According to Hayden, Robotic Skies is “the only global UAS maintenance network.”

In its network, the company has 230 FAA Part 145 repair stations—and their overseas equivalents—in 50 countries. Hayden was at the Aircraft Electronics Association International Convention in New Orleans this week to recruit potential Part 145 operators who would like to add UAS maintenance and repair to their field of expertise.

“We work with the Original Equipment Manufacturer (OEMs) to set up a schedule for required and routine maintenance and then train FAA Part 145 stations in the field to do the maintenance in the field,” Hayden explained.

There is a big difference, said Hayden, between the drones Robotic Skies maintains and the off the shelf consumer models. “These are not toys,” he said, gesturing to the drones on display in the Robotic Skies booth at the convention.

For starters, the drones used commercially are significantly larger than the ones designed for the hobbyist pilots. The smallest of the ones on display was about the size of a folded up lounge chair.

The Carbonix, which is designed for aerial surveillance. [Photo: Meg Godlewski]

The display drones ranged from the Vapor Helicopter UAS, which as the name implies looks like a miniaturized helicopter; the Carbonix, which looks like a stealth aircraft and was designed for aerial surveillance; the Matternet, which features a concave design to hold packages as it is designed for on-demand delivery; and the Acecore, a photography platform used in the entertainment industry as a photography and videography platform.