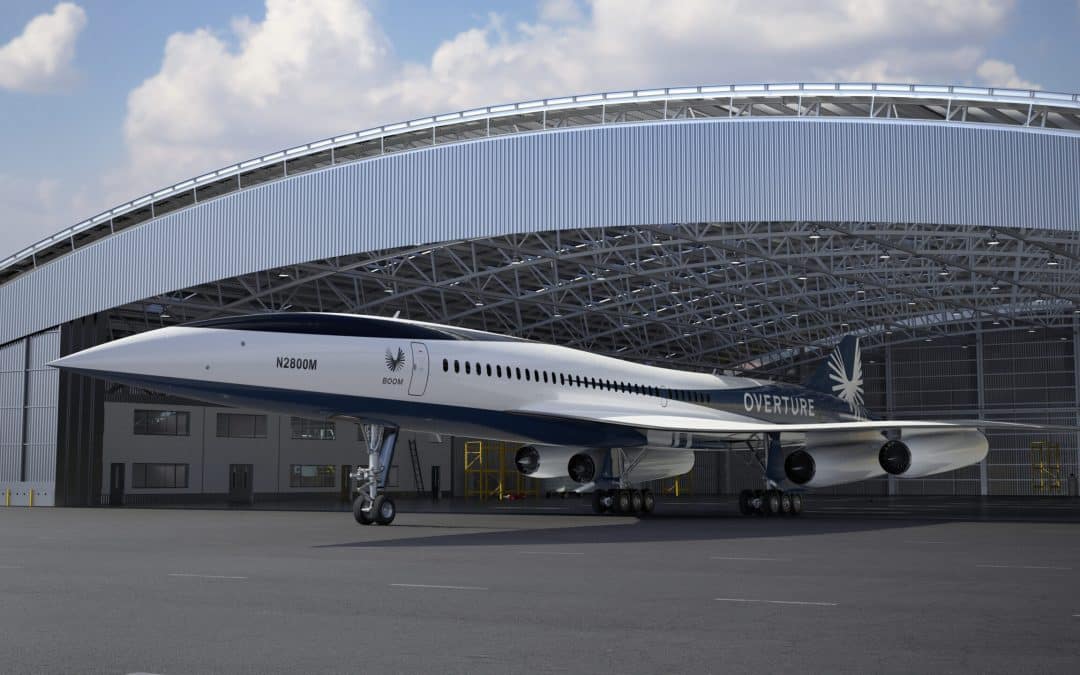 Boom Supersonic will need to secure a new powerplant partner to make its planned Overture jet fly faster than the speed of sound. Engine manufacturer Rolls-Royce exited its contract with the commercial airline manufacturer earlier this week.

Despite announcing in 2020 that the two would work together to identify a propulsion system that would fit the airframe of Boom’s Overture design, Rolls-Royce backed out of the project after delivering a series of design concepts. Bloomberg reports that the engine maker decided that the commercial aviation supersonic market was not a present business priority.

Supersonic Not a Priority for Rolls-Royce

The announcement comes one month after Rolls-Royce said in August that gross profits were down approximately 111 million pounds (or roughly $127 million) in the first six months of 2022.

So what is Roll-Royce’s current priority? According to the company’s half-year results report, delivered by CEO Warren East: “…targeted investment to support longer-term growth in defense and new markets.” East also stated in the report, “We are actively managing the impacts of a number of challenges, including rising inflation and ongoing supply chain disruption, with a sharper focus on pricing, productivity and costs.”

Boom, for its part, said in a statement that Rolls-Royce’s engine design and “legacy business model” was no longer a good fit for the Overture’s future airline operators or passengers.

In mid-August, American Airlines (NASDAQ: AAL) announced that it would purchase 20 Overture models from Boom in a deal estimated to be worth $400 million. It joined United Airlines (NASDAQ: UAL) and Japan Airlines, which had already signed up to become airline partners.

However, with Rolls-Royce walking away from the partnership, Boom’s original timeline for making commercial supersonic travel a reality before the end of the decade could now be in flux. The first Overture—expected to fly as fast as Mach 1.7, as high as 60,000 feet msl, and carry between 65 to 88 passengers—was scheduled to roll out in 2025 and begin commercial service with passengers by 2029.

The Next Engine Partner?

Boom will now look to other engine manufacturers, such as GE Aviation (NYSE: GE), Pratt & Whitney (NYSE: RTX), and Safran, which have supersonic propulsion programs. Before Aerion SST, a now-defunct supersonic program, shut down in 2021 from lack of funding, it had selected GE to develop engines for its supersonic AS2 design.

One significant factor the new partner will have to accommodate is Boom’s updated Overture model, which it revealed during the Farnborough International Airshow in July. With the reveal, Boom said its jetliner would be powered by four wing-mounted engines designed to have a noise reduction system for quieter operations. It says those will meet FAA and International Civil Aviation Organization (ICAO) noise standards. The FAA noise standard that governs supersonic jet travel is known as stage 5 and it mirrors ICAO’s requirements.

It is worth noting that, according to ICAO, its noise requirements were based on airplanes with type certificates issued before January 1975, 47 years ago, in anticipation of the Concorde. To that end, ICAO says it is working to develop new noise standards by 2025 for supersonic travel as history could soon repeat itself if Boom is successful.

Another requirement the new engine partner will need to meet is Boom’s plan to operate on 100 percent sustainable aviation fuel. In December 2021, United Airlines flew its first passenger flight using 100 percent SAF in one tank, with engines powered by CFM International. CFM International is a joint venture between GE Aviation and Safran Aircraft Engines that was formed to build CFM56 turbofan engines, which became the most-used high-bypass turbofan engine and is being replaced by LEAP engines. With that precedent, it is possible that Boom’s powerplant partner could come from another collaboration, but how far will that set back Boom’s plan to bring supersonic travel to market?

Boom’s CEO Blake Scholl is scheduled to speak next week at the Global Aerospace Summit, where he may provide additional insight regarding the termination of the company’s partnership with Rolls-Royce and Boom’s next steps.