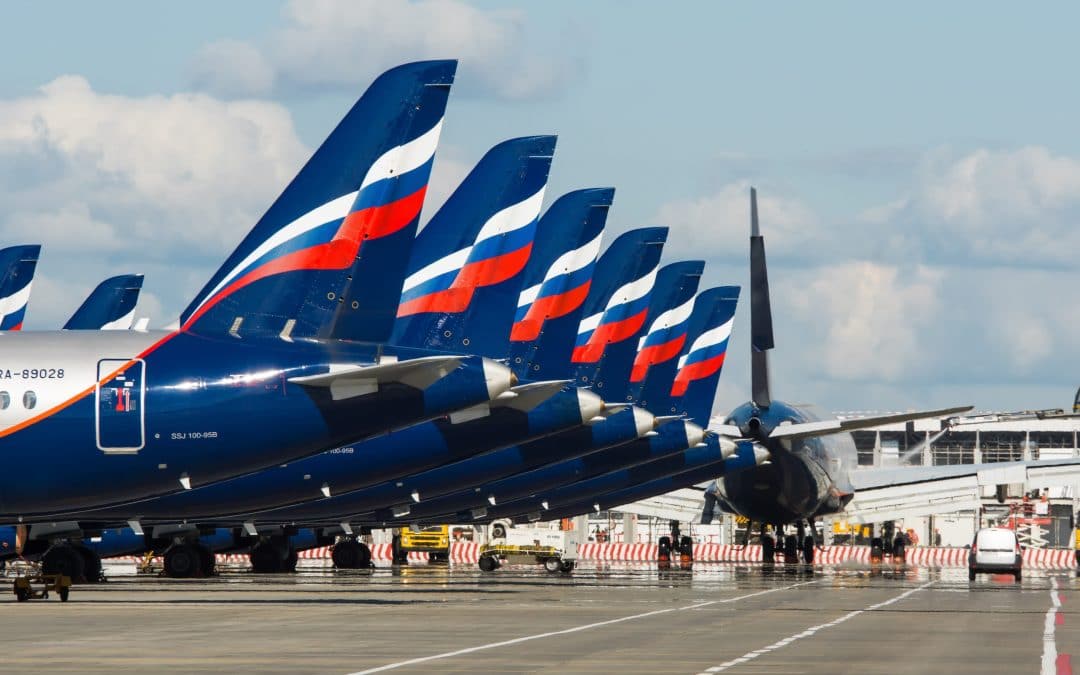 The European Union Aviation Safety Agency (EASA) has suspended airworthiness certificates for all Russian aircraft, it announced in a new detailed account of restrictive measures aimed at Russia.

The aviation restrictions are part of the greater EU’s response against Russia’s military invasion of Ukraine, which has prompted widespread economic sanctions and travel restrictions in recent weeks.

#EASA has just published details of the implementation in the aviation sector of the restrictive measures imposed by the EU against Russia following its military invasion of Ukraine.https://t.co/le66MfFmNW pic.twitter.com/kEO0rVhi8C

In a notice to stakeholders issued earlier this week, EASA detailed the impact of the restrictive measures that prohibit providing technical assistance, goods or technology, “directly or indirectly, to any natural or legal person, entity or body in Russia or for use in Russia.”

As part of sanctions, EASA suspended all certifications issued to Russian entities, including those issued for products, parts and appliances, as well as flight simulation training devices.

The agency published a list of suspended certificates and approvals, and said the decision also puts all pending and new applications for EASA certification on hold until further notice.

The notice is the latest international response to Russia’s invasion of Ukraine.

A growing number of aerospace companies with businesses or services in Russia have terminated or suspended business in Russia and Belarus due to economic sanctions imposed on Russia by governments.

The cost of sanctions and flight restrictions won’t be shouldered by Russia alone, according to one aviation analytics company. Hundreds of leased aircraft are stranded in Russia as a result of airspace restrictions as concerns emerge that the aircraft will be confiscated by the Russian government.

As many as 589 Western-built aircraft worth about $13 billion wait on ramps at Russian airports across that country, according to data and analytics company Russell Group. “This analysis comes as the aviation war market faces the biggest potential loss from the Russia-Ukraine invasion since 9/11, with hundreds of leased planes in Russia that are owned by European companies stuck on the ground in the country,” the group says in a report.