Say Goodbye to the Traditional AIRMET 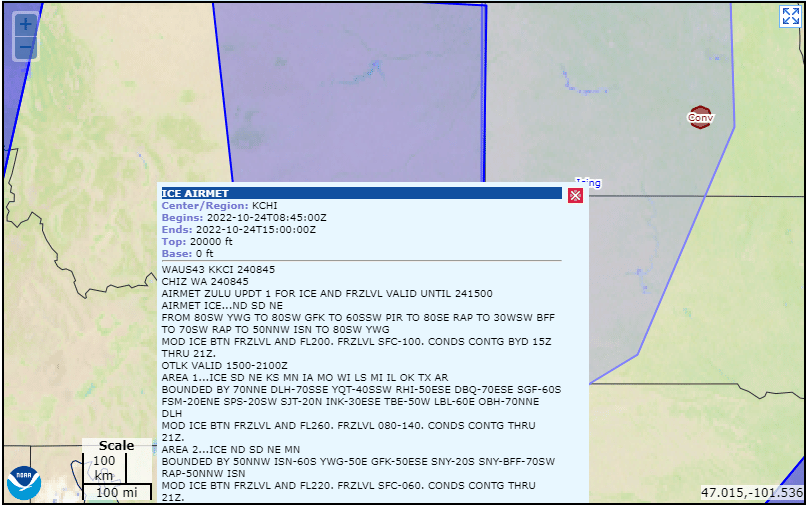 It has been well over a decade since the FAA decided to abandon the traditional alphanumeric code (TAC) airmen’s meteorological information (AIRMET) when forecasters at the Aviation Weather Center (AWC) began to generate the graphical AIRMET (G-AIRMET) on an operational basis on October 1, 2008. At that time, it was determined that the time-smeared TAC AIRMET, or more simply the “legacy AIRMET,” and its outlook was sorely outdated and needed a facelift with a new and improved advisory system that provides better spaciotemporal resolution of the weather hazards for aviation. The G-AIRMET was officially born on March 16, 2010, when it was announced that it could be used operationally by pilots with the legacy AIRMET being automatically generated as discussed in this article in FLYING last month.

But first, let’s take a step back in time. On November 28, 2006, the National Weather Service (NWS) began the process of moving away from a text-based system by standardizing the text that was used in the legacy AIRMETs. This standardization step was necessary to pave the way for the AIRMET to be automatically generated from the operational G-AIRMETs that were being proposed at that time. This was also wrapped up in the plan to retire the aviation area forecast (FA) and officially replace it with the graphical forecasts for aviation (GFA). The retirement of the FA occurred on October 10, 2017. During this standardization stepping stone, the NWS removed specific things from the legacy AIRMET that included, in part:

1. The frequency of the hazard occurrence such as /OCNL/ AND /FRQ/

3. The reason for amending, correcting or canceling an AIRMET

5. The cause of the turbulence, low-level wind shear, and strong surface winds

7. The location of icing with respect to clouds and precipitation such as /ICGICIP, /ICGIC/, and /ICGIP

Although some pilots actually noticed the difference after the standardization occurred and were disappointed that the extra details were removed, most did not. In fact, it’s more likely than not that a majority of pilots still don’t know they are looking at a G-AIRMET versus the legacy AIRMET when the AIRMET is depicted graphically. In fact, this is likely one of the reasons it’s taken this long to retire the legacy AIRMET. It’s still used by many of the various aviation applications, including many of the heavyweight apps. However, the folks at Flight Service (Leidos) have been using G-AIRMETs for quite a while, but still allow a pilot to choose between the G-AIRMET and legacy AIRMET on their website, namely, 1800wxbrief.com.

READ MORE: Ask FLYING: What is a G-AIRMET?

Before the plug could be officially pulled, the FAA convened a Safety Risk Management Panel (SRMP) this year to evaluate any pitfalls associated with the retirement of the legacy AIRMET. Based on the working group’s recommendation and the SRMP results, the FAA has requested the NWS retire the legacy AIRMET and transition to only the G-AIRMET for the conterminous U.S. The legacy AIRMETs for Alaska and Hawaii will not be affected at this time and this change will not affect significant meteorological information (SIGMET) advisories in any way.

The NWS recently released a Public Notification Statement (PNS) that is asking for public comments before it officially retires this product in February. Based on the comments received, the FAA/NWS could push the AIRMET retirement to later in the year. However, the wheels are in motion to stop automatically producing the legacy AIRMET over the six forecast regions of the conterminous U.S. When the legacy AIRMET is officially retired, only G-AIRMETs will remain. Keep in mind that G-AIRMETs are completely graphical and have no textual component, only metadata.

The post Say Goodbye to the Traditional AIRMET appeared first on FLYING Magazine.