Searching, Sleuthing, and Pizza Money Ended the Saga of ‘The Colossal Mistake’ 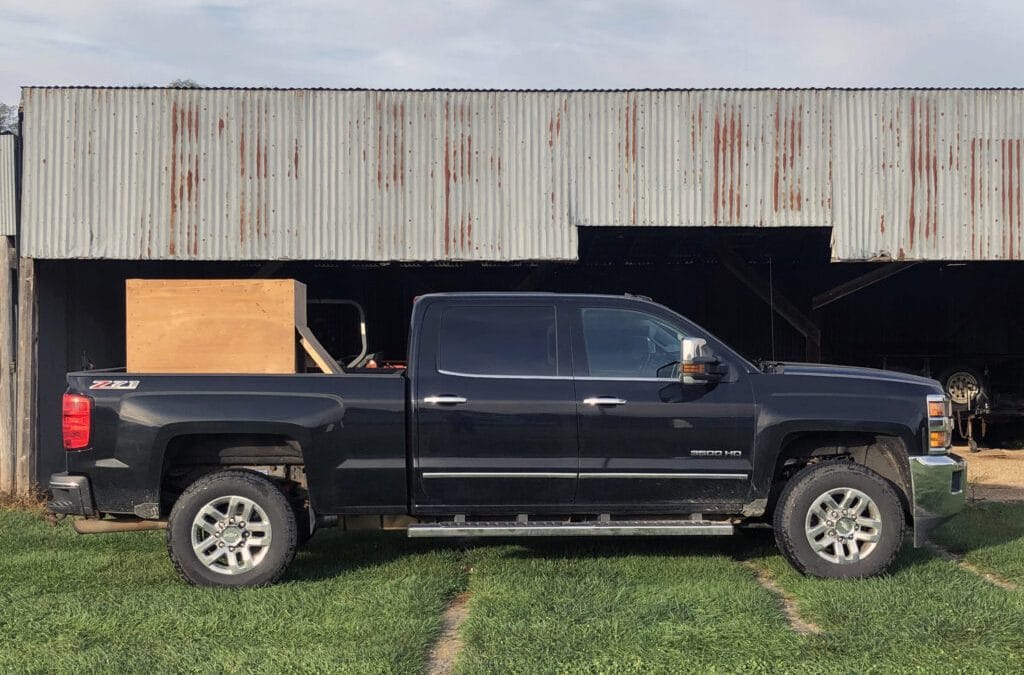 Editor’s note: This is part four of an ongoing series about the author’s “colossal mistake.” You can read part one here, part two here, and part three here.

There are certain things you should never see sitting outside, bathed in sunlight and fully exposed to the elements. A baseball signed by Babe Ruth. Leonardo da Vinci’s Codex Leicester sketchbook from the early 1500s. The actual, original U.S. Constitution. And—especially—your airplane’s pistons and crankshaft.

The latter is what greeted me on one beautiful autumn morning in the Wisconsin countryside as a skilled mechanic performed a top overhaul on my engine. And while the scene was an idyllic one, with a bright blue sky, warm sunlight, and a silent grass airstrip still green and lush from the long summer, it chilled me to the bone and instantly made me regret wolfing down the gas station breakfast sandwich that had seemed so irresistible only minutes before.

As is typically the case, I had only myself to blame for my predicament. A foolish oversight had resulted in damage to my engine, but then luck and coincidence got together and decided to rescue me in the form of a local replacement engine. Now, I was left to figure out the logistics of getting the engine to the airplane and then getting them both to a qualified mechanic.

The Mountain to Climb

These were not trivial challenges. The engine was stored in a large, heavy wooden crate. Together, they weighed about 350 to 400 pounds. Although I could fit most of my life into the back of my VW GTI hatchback—and although I had indeed once transported a large wooden propeller by folding the rear seat flat—the engine just wasn’t going to fit.

Then there was the question of how to get the airplane to a mechanic. There are many benefits to hangaring your airplane at a peaceful, privately owned grass strip out in the country, but there are also downsides. Accessibility to maintenance…or lack thereof…was chief among them. I’d have to get creative.

There are certain things you should never see sitting outside, bathed in sunlight and fully exposed to the elements. A baseball signed by Babe Ruth. Leonardo da Vinci’s Codex Leicester sketchbook from the early 1500s. The actual, original U.S. Constitution. And—especially—your airplane’s pistons and crankshaft.

Having completed a successful lesson with my instructor the day after my engine incident, I was reasonably confident the airplane could be flown somewhere for the required service. But I’d long ago been taught to evaluate every imminent flight from the perspective of a third party reading a theoretical NTSB report. In this instance, that report would latch onto my decision to fly an airplane with known engine defects. While it can certainly be enjoyable to entertain and amuse others, this was not the sort of entertainment I wanted to provide.

The challenge, therefore, was to figure out whether any mechanics might be willing to travel to the airplane. Google wasn’t much help in this regard. It’s invaluable for researching aircraft and networking with other owners, but when it comes to real-life, boots-on-the-ground aircraft maintenance in rural parts of the state, one must exit the information superhighway and head to the information backroad that is the local aviation grapevine.

Primitive though it may be, this bustling network of local news and rumors is a powerful one. Oftentimes, the only way to learn about an available hangar, a rare part, or a highly-reputed mechanic is to show up to your local FBO on a Saturday morning with a box of donuts and a willingness to learn. As the circle of increasingly caffeinated hangar pilots methodically solves the world’s problems one by one, you carefully interject your conundrum into the conversation and chances are, you’ll be provided with a name, a phone number, and a solution to your problem.

I was fortunate to have already made some solid connections in my local general aviation community, and I tapped into the local network through my friends Jim and Ross. I explained my situation, and both recommended I contact a mechanic named Ryan Johnson. Ryan was based at a small airport nearly 90 minutes away from my own, and was one of the owners of Johnson Brothers Aviation. The brothers had a loyal following of happy clients and stayed busy despite having no web presence or marketing whatsoever. I would never have found them via Google.

I was doubtful that a talented, highly sought-after mechanic would be willing to drive 90 minutes away from his shop to perform a top overhaul. Particularly in an open hangar, exposed to the elements. In Wisconsin. In November. But as it turned out, Ryan was the type to bend over backward for his clients, and by the end of the phone call, my airplane was on his schedule.

That solved the issue of having to fly the airplane to a mechanic, and all that remained was getting the new engine to the airplane. As I became bogged down in online quotes and schedules for box trucks and moving services, I remembered the power of the information backroad. A short time later, I’d secured permission to borrow the pickup truck from next door, a one-ton, four-wheel-drive Chevy Silverado LTZ. In rural Wisconsin terms, this was akin to your neighbor tossing you the keys to their Bentley and telling you to go have fun.

To obtain the manpower necessary for loading and unloading the huge crate into the Chevy’s relatively high cargo bed, I messaged a friend’s 16-year-old son:

“Hey man, I need help loading a 350-pound wooden crate into and then back out of a pickup truck. Any chance you and a couple of buddies would be interested? There’s pizza money in it for you.”

“Sure, I can get some guys together and help you out on Thursday afternoon,” he replied.

“Hey, I wasn’t going to ask any questions.”

By Thursday evening, I had the crated engine sitting alongside my airplane in the hangar, and the following week, Ryan drove down to begin the repair process. He would be removing all six of my existing, damaged cylinders and replacing them with the brand new, never-used cylinders from the donor engine. I didn’t want to be the annoying customer who hovers over a talented mechanic, but I did want to check in at least once, so I drove down to meet him in person and see the repair in progress.

I was welcomed with the aforementioned scene of carnage. Seeing my beloved airplane with the cowl off, cylinders removed, and pistons hanging out in the crisp fall sun was like seeing a graceful, dignified movie star sprawled out on an operating table with breathing tubes strapped to their face. Even though I fully understood what the repair entailed, it was still a grotesque sight.

A sight no owner wants to see – invasive surgery being performed on their pride and joy. [Photo: Jason McDowell]

It was, however, very educational. Ryan gave me a tour of the inner workings of my engine, explaining what he was doing and pointing out how the previous owner had taken good care of it. He showed me how there were no signs of rust, pitting, spalling, corrosion, or any other phenomena that proves fatal to savings accounts. I silently thanked Dick, the previous owner of the airplane, for being such a great steward of the airplane over the 41 years he owned it.

I thanked Ryan for his willingness to help me out so far from his shop and left him to his work. After a few days, he notified me that the repair went well, with no issues. He filled out and signed a self-adhesive logbook entry and dropped it into the mail so I could affix it to the most recent page of the engine logbook.

Just like that, my airplane was repaired and airworthy. As is so often the case with airplane ownership, the elimination of challenges before you reveals new ones ahead, and this was no exception. I now had to figure out what to do with an engine core and six damaged cylinders, and I had to figure out how to fly ten hours of cylinder break-in without being checked-out and proficient in my own airplane.

In the grand scheme of things, though, these were great problems to have, and I looked forward to tackling them.

The post Searching, Sleuthing, and Pizza Money Ended the Saga of ‘The Colossal Mistake’ appeared first on FLYING Magazine.