Should You Buy Your Own Aircraft Before Fight Training? 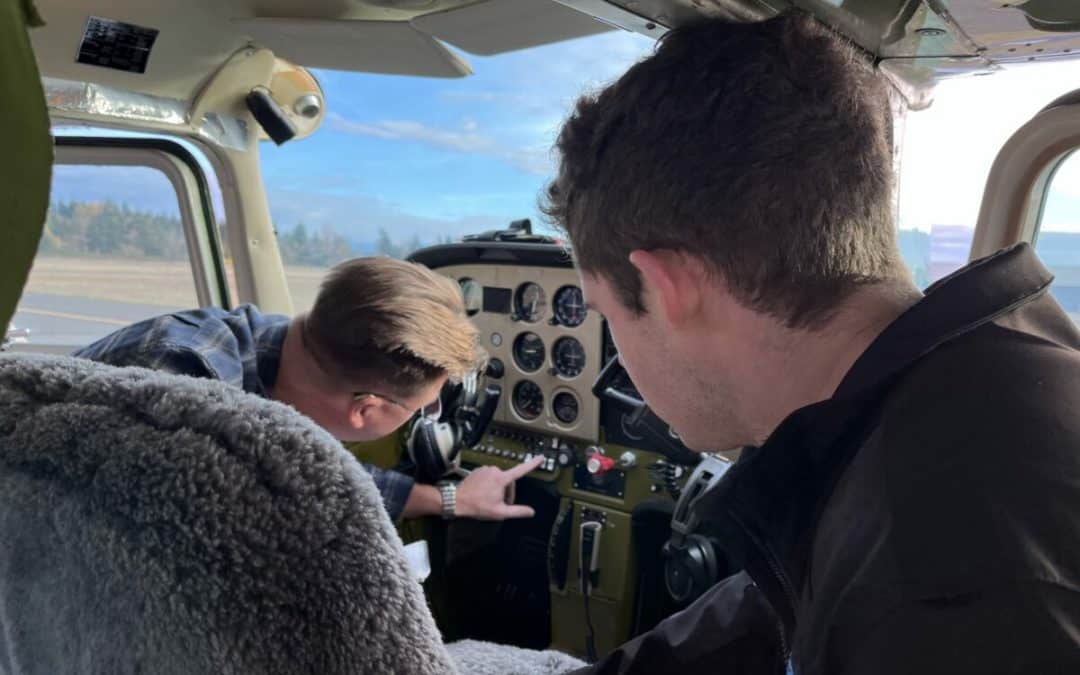 “If I buy an airplane can you teach me to fly it?”

Every certified flight instructor (CFI) hears this question at least once during their instructional career.

If the CFI has the training, experience and required ratings and/or endorsements to act as pilot in command of the aircraft in question, they likely can provide instruction. This will take the learner-instructor relationship to a new level. It can begin even before the pilot-to-be in question makes the purchase, as an experienced CFI may help them avoid some first-time buyer pitfalls.

The FARs [Federal Aviation Regulations] do not prohibit a non-pilot from buying an airplane. The troubling part is that often these aspiring pilots see an advertisement for an airplane online or in a magazine and purchase it without the benefit of a pre-buy inspection, a review of the logbooks, or even considering if the aircraft is appropriate for the type of flying they want to do—simply because they are unfamiliar with the process of purchasing an aircraft and or aircraft performance.

In the worst cases, they will buy an airplane they don’t fit in, such as the time a man of generous carriage bought a Cessna 150, not realizing that once he climbed into the airplane with even partial fuel onboard, there was no room in the cockpit or weight left in the payload for an instructor. He ended up selling the aircraft and buying something larger.

Buying vs. Renting an Aircraft: Consider the Costs

The benefit of buying an airplane of your own is that you don’t have to compete for aircraft at the FBO [fixed-base operator].

This aspect can be particularly attractive if the number of renters is such that the FBO only allows rental for instruction or time-building, or limits the reservations to no more than two hours total.

The downside of aircraft ownership is that you’re the one who will foot all the bills. It is not just the purchase cost you need to concern yourself with, it’s also maintenance, insurance and taxes, as well as hangar and/or tiedown fees. For this reason, many fledgling pilots find business partners to help fund an aircraft purchase.

Come up with a budget before you go shopping, and remember, just like with used cars, there are times when you are buying someone else’s problems, such as maintenance that the previous owner did not have done—often because they could not afford to have it done. Find an experienced aircraft owner or A&P [airframe and powerplant]  mechanic to run questions by before you put your money down.

Your CFI Will Want To See the Logbooks

If you ask your CFI to teach you in a new-to-you airplane you have purchased, expect the CFI to go through the aircraft’s logbooks. A good CFI can turn this into a ground lesson, as you’ll need to know what inspections to look for, ADs [airworthiness directives], etc. You will be asked to locate these inspections as part of your checkride.

Does the FBO Allow Instruction in a Customer’s Airplane?

Some flight schools prohibit their CFIs from teaching in a customer-owned airplane. Some say it’s because of insurance reasons, but it is more likely that the FBO simply doesn’t want to lose the revenue that comes when a customer flies their own aircraft instead of the school’s airplane.

If the CFI is employed at a flight school, they would be wise to check in advance if instruction outside the FBO fleet is allowed. Sometimes all it takes is for the CFI or the flight school to be named on the aircraft owner’s insurance policy.

Note: There is no FAR that requires a CFI to have a certain number of hours in a make or model of single-engine aircraft, but it may require an additional endorsement for the CFI if it is a complex, tailwheel, TAA [technically advanced airplane], or high performance aircraft, as the CFI is Pilot In Command during instructional flights. So if the CFI has flown all Cessna 100 series aircraft, such as the 150 or 172,  it is perfectly legal to teach in a Piper Cherokee. However, most CFIs will want to get a few hours of experience in a new-to-them design before they attempt to provide instruction.

Insurance Requirements for the Aircraft Owner

Sometimes the aircraft owner’s insurance company will insist the pilot fly with a CFI who has a certain number of hours—both total time and time—in make and model. This is particularly common when the aircraft is a higher-end model, such as a Cirrus or Cessna 182, or if the aircraft is on floats or tailwheel.

The insurance company may also require the aircraft owner to log a minimum number of hours/ dual hours, such as 25, with a qualified CFI before the owner is allowed to fly solo, no matter what certificate the owner-pilot holds. Sometimes an aircraft owner is referred to a particular type-club to get specialized training. These type-club instructor pilots often travel to provide the training.

Challenges of Teaching in an Owner’s Airplane

A few things to keep in mind if you ask your CFI to teach you in your own airplane:

The CFI will likely want to study and or review the POH [pilot’s operating handbook] for the airplane before flying it, and they may want to get familiar with an airplane’s performance, systems, and quirks before they begin teaching in it. It is usually no more than a few hours of flight and you may be invited to fly along with them, but don’t expect to be able to ‘count’ it toward training time. The CFI is supposed to fly the airplane at this time.

It’s also important for student pilots to understand that being the owner of the aircraft does not grant special privileges. If you have not been signed off for solo flight, you do not fly solo, nor do you carry passengers, per the limitation on your student pilot certificate. There have been instances where the owner of the aircraft allegedly thought ownership meant he could fly it without a solo endorsement or carry his spouse with him in the airplane.

Don’t allow aircraft ownership to get in the way of training. Most CFIs are on guard for the perpetual primary student—the learner who has received multiple solo endorsements and completed the requirements for certification but won’t take the check ride. If this is you, don’t be surprised if the instructor simply refuses to provide another 90-day endorsement, as the whole idea of flight training is for you to earn your certificate.

The post Should You Buy Your Own Aircraft Before Fight Training?  appeared first on FLYING Magazine.