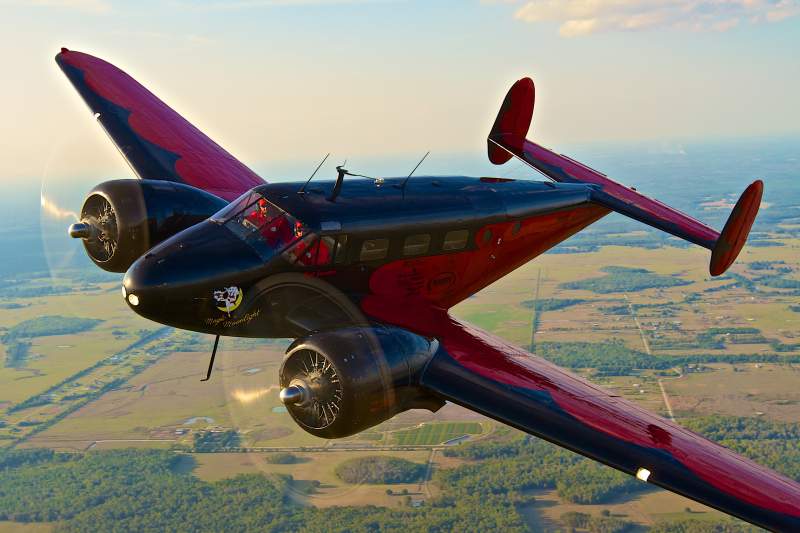 We might think of airshows as classic summertime attractions, but they really get going in early spring, and this year’s calendar of aerial demonstrations runneth over with new events and many longstanding perennial shows that have missed a year or two because of pandemic restrictions.

When shows take place at airports, rather than on military bases or over beaches and harbors, it is usually easy for private pilots to fly in for the event. Indeed, part of the fun for the audience often comes from watching general aviation aircraft arriving and departing during breaks in the action. Flying in can make you feel more like a participant than a spectator.

Check with the airport manager in advance regarding special rules and procedures during the show. Make sure you have time to spare once you arrive, because getting out before the end of the show can be difficult because the event schedule generally takes priority over yours.

Below are six springtime airborne displays that provide possible destinations while helping you stretch out the airshow season. There are many more listed at Air Show Center.

This show is just part of the 45th annual Vidalia Onion Festival of food, music and yes, a generous dose of aviation. The U.S. Navy Blue Angels will be there, as will the Aeroshell Aerobatic Team in their North American AT-6 Texans, fresh from a performance last week at Sun ’n Fun. Also keep an eye out for solo performer Scott Francis in his MXS machine.

Don’t fret if you miss the Blue Angels a week earlier at Vidalia, because they are back for Vero Beach. On the Air Force side is the F-16 Viper Demo Team showing just how much an F-16 can do. Other performers in this packed program include well-known names Matt Younkin and the Franklin Flying Circus. Don’t miss Jim Peitz’s routine in a Beechcraft F33C Bonanza—a model designed and certified for aerobatics.

There’s a lot of variety at this show, from the U.S. Air Force F-35A Lightning II Demo Team and the U.S. Navy F/A-18E/F Super Hornet “Rhino” Demo Team to the Misty Blues All-Woman Skydiving Team, which has been active on the air show circuit since the 1980s. Ukraine-born aerobatics instructor and performer Anna Serbinenko flies a routine in an American Champion Super Decathlon and Vicky Benzing performs in her 1940 Stearman.

Aerobatic performances, aircraft displays, a car show, a concert and food trucks all come together at this event, which is in its third year. The U.S. Air Force a-10C Thunderbolt II Demo Team is scheduled to perform and the Commemorative Air Force will offer rides in its C-47 Skytrain “That’s All, Brother,” which led the main airborne element on D-Day. Rides are also available on the CAF’s T-6 Texan “Miss Red Tail.”

If you like vintage military jets, this is your show. Gregory Colyer, known for his Lockheed T-33 called Ace Maker is on the program, as is Jerry Conley, who puts his de Havilland 115 Vampire through an aerobatic routine. For something more modern, the Blue Angels are here. There is also plenty for piston fans, including solo aerobatics, the Commemorative Air Force fleet and Kent Pietsch,who lands his Interstate Cadet on top of a moving RV.

For something a bit different, and if your weekends are booked with other activities, here’s a mid-week event that features the Royal Canadian Air Force CF-18 Demonstration Team. Willow Run is home to the Yankee Air Museum, which will fly demos with certain aircraft from its collection. The museum will also offer rides in its Bell UH-1 “Huey” helicopter. The collection also includes a Boeing B-17, North American B-25, Douglas C-47, and a Ford Tri-Motor.