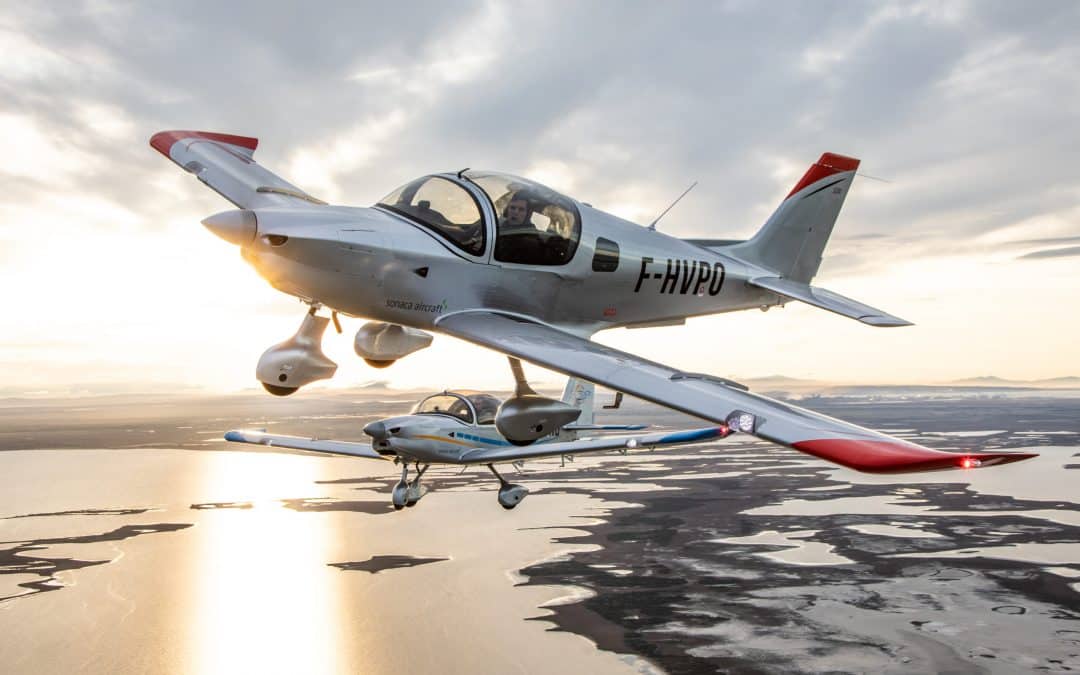 Belgium-based aircraft manufacturer, Sonaca Aircraft, said it would cease production of its S200 aircraft after the model failed to generate enough revenue. Moreover, the company’s board said the impact of COVID-19 on business activity was a major factor in its decision to “stop financing the loss-making activities.”

The S200 was the only aircraft the company created, so the move also closes the aircraft division of the company.

In a statement, Sonaca’s CEO Yves Delatte called the move a “necessary decision” and blamed the pandemic for the disruption.

Sonaca began manufacturing the aircraft in 2016 to target the training and leisure market but said it only managed to sell 57 units. The aluminum two-seat trainer was built as a low-wing monoplane and was powered by a 115 hp Rotax 914 engine.

Rotax engines have become the standard powerplant for light aircraft. Here, a 115 hp Rotax 914 engine is mounted on a Sonaca 200 in the company’s assembly line. [Courtesy: Sonaca Aircraft]

Sonaca designed it after a South African light aircraft called the Sling 2. Though the Sling has been able to find a home in some flight schools—making a bigger case for LSA flight training—the Sonaca 200 failed to gain traction in this market.

“The COVID-19 pandemic, which will impact the aviation sector globally until 2025, has strongly affected general aviation, especially activities related to pilot training and education,” the company said in a statement. “This has resulted in an order level well below the break-even point for Sonaca Aircraft.”

It’s a stark contrast to the growth spurt the general aviation industry in North America has generally experienced. The company found it challenging to find enough customers to purchase its airplanes, but also said they had to deal with supply chain woes. When the General Aviation Manufacturers Association (GAMA) released its annual aircraft shipment report at the end of 2021, the Sonaca 200 was one of the few aircraft models with slumping sales. According to the GAMA data, Sonaca sold 19 aircraft in 2021 and 2020, and only eight in 2019.

Moreover, the company said it reached out to strategic partners in the industry to see if there was any interest in helping them create a new market segment for the aircraft. Their efforts were futile, as they found no support.

Thankfully for the employees, Sonaca said all the workers at the Temploux site in Belgium where the aircraft was manufactured were offered other positions through the parent company’s subsidiaries across Belgium. The Sonaca group’s complete portfolio of subsidiaries includes LMI Aerospace, Sonaca Montréal, Sonaca Brasil, Sinelson, Sonaca Aircraft, and Sonaca Space. Collectively, the five focus areas for the group raked in $542 million in revenue in 2021.

“We have to focus all our strengths on our expertise in aerostructures, where Sonaca aims to become a world leader by 2025,” Delatte said. “The know-how of each Sonaca Aircraft employee will be a real asset to reach this goal.”