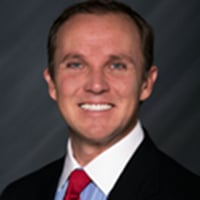 Triple Tree Aerodrome’s website says its mission is “to ignite and expand the passion for aviation.”

Before its purchase in 1997, the airport was nothing more than a wooded area coupled with grand aviation-centric plans from its purchaser, Pat Hartness. In the years since its initial founding, the site has become home to a number of radio controlled and general aviation fly-ins, as well as for nationally known Aviation Centered Education (ACE) programs.

Some of the physical highlights of the airport include:

“Triple Tree is just a special place and it’s been based off of one man’s vision and has since morphed into something I have never seen elsewhere,” Williams said. “I’ll probably say that the people and their belief in Pat’s vision are what make the airport most unique. Pat has donated his entire life to aviation, following the core principles of fun, fellowship, and hospitality.”

Williams said the efforts that led to Triple Tree Aerodrome’s founding started modestly 16 years before everything came together.

“Pat held a fly-in at his off-airport property in Greenville in 1981. Soon, this annual event got bigger and bigger and neighbors became concerned,” Williams said. “So, Pat, wanting to be a good neighbor, began an exhaustive search in the Southeast for 1,000 acres. A friend of his found 400 acres in Woodruff, South Carolina, and told Pat and Mary Lou, his wife, about it on a Friday. The two purchased it the following Monday in 1997.”

Triple Tree Aerodrome was incorporated as a nonprofit in 2010. The Hartness’, hoping to better provide a gift to their shared interest in aviation, donated the airport and other real property (i.e., aircraft and onsite buildings) to this charitable organization.

“Pat is truly a visionary and his dream of an education center where both children and old-timers can continue learning about aviation is still ongoing. Years later, he is often asked, ‘When are you going to be done developing Triple Tree?’ He says, with a smile, ‘When I’m done.’”

Ultimately, everything that occurs at the airport is governed by Triple Tree’s golden rule of “Fun, Fellowship, and Hospitality.” Naturally, fly-ins and other events held at Triple Tree Aerodrome are perfect opportunities for volunteers and staff to welcome new and returning visitors and show them how these three tenets are followed.

“Triple Tree is a unique place. It’s such a rarity in this day in age to have tens of thousands of people who genuinely know each other, care for each other, and have a vested interest in the survival of Triple Tree. I am continually blown away by our volunteers and their generosity of their time, talent, and treasure towards Triple Tree. It’s a love like no other and I’m so proud to be part of this journey.”

Each year, there are around a dozen formal radio-control and general aviation events held at Triple Tree, in total. Williams gave the rundown on the two largest, the first of which is held in May and the second in September.

The largest event each year is Joe Nall Week, which honors the man for whom the Air Safety Institute’s Joseph T. Nall Report is named after,  a member of the National Transportation Safety Board, instrument-rated pilot, and ground instructor who shared an enthusiasm for RC flight with Hartness. The event is celebrating its 40th anniversary this week. Approximately 20,000 to 25,000 radio-control aircraft enthusiasts come from all fifty states and several foreign countries to be amongst like minds during the weeklong event.

The second largest event held at the airport, the Triple Tree Fly-In, draws hundreds of aircraft and thousands of pilots each year.

“Triple Tree is one of the busiest airports in South Carolina during that week,” Williams said, adding that dozens of people man the temporary air traffic control tower, park airplanes, and other tasks needed to ensure the event is a success, year after year.

“None of this can happen without volunteer love and support,” Williams said.

There are other vehicles based at the airport that the common aviator would be more interested in. Among these are:

One of the most important preparatory steps for these events though, is grounds maintenance. With both fly-ins utilizing the mile-plus long, meticulously maintained golf-course-smooth turf at SC00, a lot of focus is put into its upkeep. The headlining facet of this work is Triple Tree’s 36 ft wide mower, which takes a paltry 12 minutes to graze the entirety of the runway.

There’s also a radio-control aircraft collection of more than 1,000 models. One of the most notable ones within that collection is the 85-percent-scale, airworthy J-3 Cub, which weighs a whopping 135 pounds.

So, whether you are into RC models, general aviation aircraft, or love both, you will find yourself among friends.