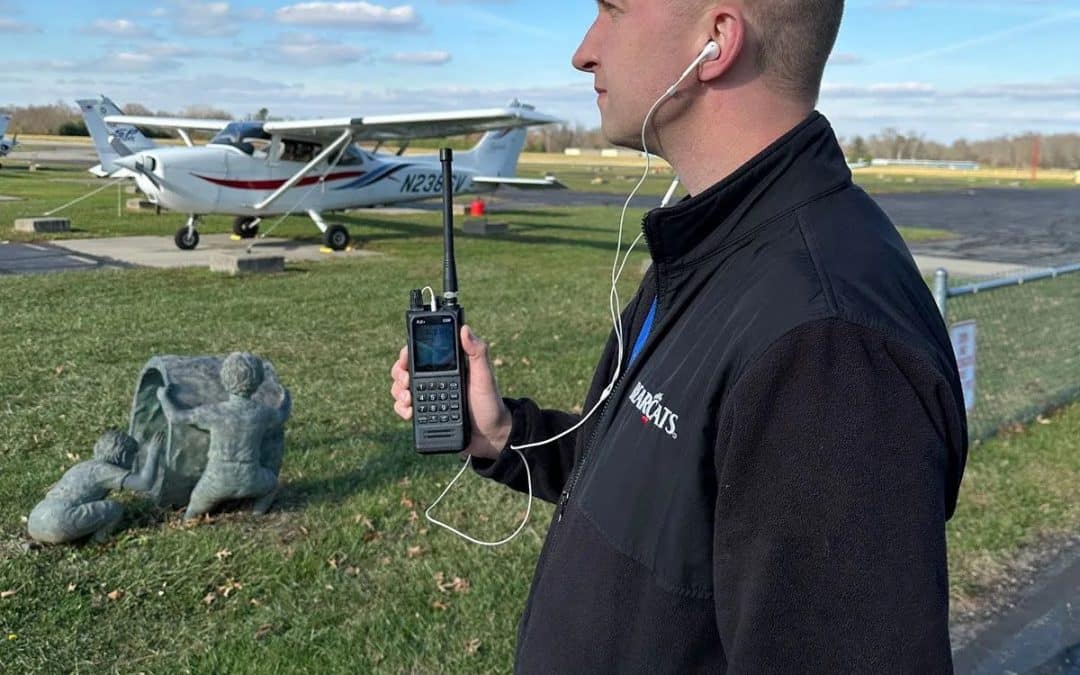 The well-prepared pilot often includes a handheld radio in their flight bag to use during an inflight emergency. The challenge, however, is using your headset with the unit, because most require a special adaptive plug. That won’t be a problem if the handheld radio is the PJ2+ Hand-held Com Radio from Sporty’s Pilot Shop.

According to Sporty’s, this recently released design is an upgrade, driven by customer requests. FLYING noted the original PJ2 as a contender for its Editors Choice Award in 2020. One of the big requests they perennially get at Sporty’s is for a handheld radio that doesn’t require a special adapter for headset/com interface.

“An emergency is no time to be searching for a headset adapter or a user manual to figure out how to turn your radio on,” said Sporty’s director of aviation products and marketing Doug Ranly. “Our focus has always been on making simple and reliable radios, and we think we’ve raised the bar with the upgraded PJ2+.”

The PJ2+ includes a new 3.5 mm jack, 6-watt-peak transmit power, an automatic noise limiter, and a high contrast backlit screen. The 3.5 mm jack can also accommodate wired earbuds along with computer-style headsets, so it can be used at air shows and fly-ins.

Since listening is only half the function, the transmit power has been increased to 6 watts to maximize the radio’s range—something that will likely be greatly appreciated if the pilot finds themself in a remote area following an off-airport landing.

The screen of the radio has been improved to feature a brighter display with a glare-reducing face so it is easier to read in direct sunlight. The keypad is larger, making it easier to hit the right buttons, and the display has improved contrast to make it easier to read when mounted in the cockpit.

The PJ2+, which sells for $249, includes an alkaline battery pack, antenna, 100-240 volt wall plug, USB-A to USB-C power cable, a belt clip, and an operator’s manual. The radio can be operated directly from the USB-C plug, utilizing either a cigarette lighter plug or backup battery pack.