Spring Break for Pilots Returns This Week in Florida 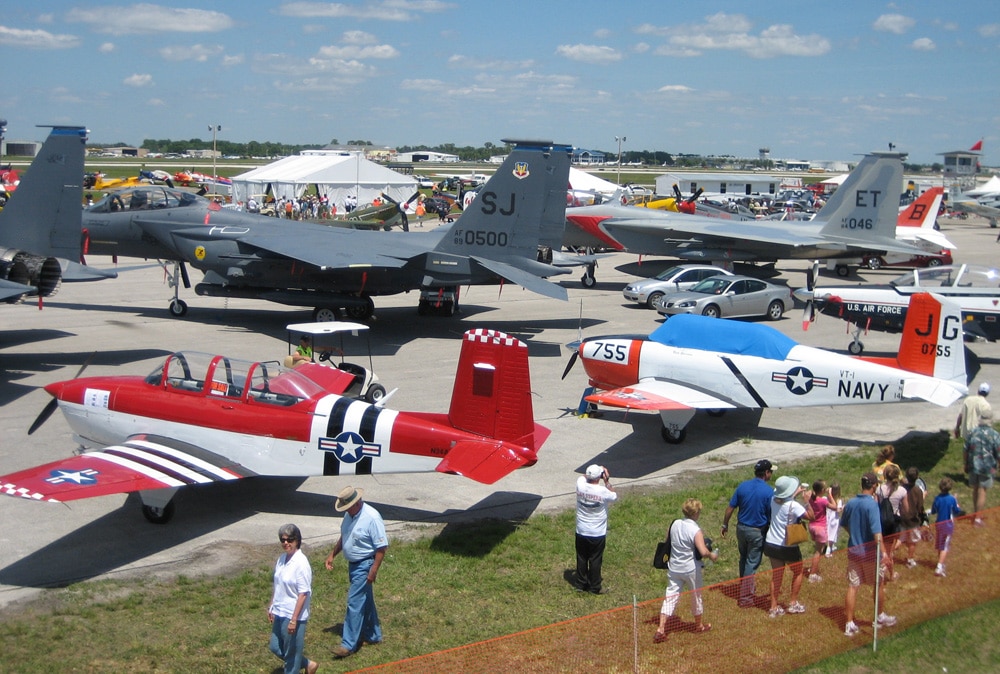 The sun is back and the fun is back. After a long winter and late spring across the country, the Sun ’n Fun Aerospace Expo launches this week with a full lineup of new aircraft, avionics, and gear to see—and friends to meet up. The FLYING team will be there to report on it all.

Sun ’n Fun runs from April 5 to 10 at the Lakeland Linder International Airport in central Florida, with hangars full of stuff and a display area full of airplanes—but also education sessions, workshops, and the Florida Air Museum on the grounds to explore. Air shows will take center stage every afternoon too.

Want to plan your trip? Here are a handful of highlights that we’ve picked out.

If you’re in the area today, catch the Thunderbirds arriving starting around 1 p.m. But if you miss the action today, know that you can catch the U.S. Air Force’s aerial demonstration team several times this week during the Expo. The USAF is celebrating its 75th anniversary this year, and it’s cool to see the F-16 Fighting Falcons rip through the skies.

The air show segments kick off in earnest on Tuesday at 1:30, with the U.S. SOCOM Para-Commandos dropping in, followed by a powerful performance by Chuck Aaron in his helicopter. Warbird flyovers and Gary Rower’s Stearman round out the show, which will be capped by the Aeroshell Aerobatic Team in their T-6 Texans. And that’s just the first afternoon. There are night shows starting at 7:15 on Wednesday and Saturday to enjoy as well.

On the ground, we’re looking for announcements of new aircraft from several key manufacturers, and a host of experimental and light sport aircraft flying in for the event. Inside the exhibit hangars, along with a lot of companies showing off their wares, there’s also a Parts Exchange in Hangar E. Plan ahead to put your unwanted aircraft parts on consignment.

With the opening of the new Elevate Aerospace and Logistics Incubator at the Aerospace Center for Excellence on the field, it follows that there will be a full lineup of educational activities to take part in during the week. Forums take place in the Central Florida Aerospace Academy onsite with a packed schedule found here. Hands-on workshops are available too.

A special Teacher’s Workshop runs all morning on Saturday for K through 12 educators, and astronaut Nicole Scott is the keynote speaker at lunch. You can register here.

How to Get There

If you plan to fly in, check out the NOTAM so that you know the details in advance. It’s busy airspace on a normal day, and the Expo raises the volume significantly. Register with your aircraft’s type club and find camaraderie too. Driving in, there’s plenty of parking available in a couple of different lots. Follow the signs to the current one that’s open. You can also get your tickets in advance here,​ with special discounts for Florida residents.

The post Spring Break for Pilots Returns This Week in Florida appeared first on FLYING Magazine.