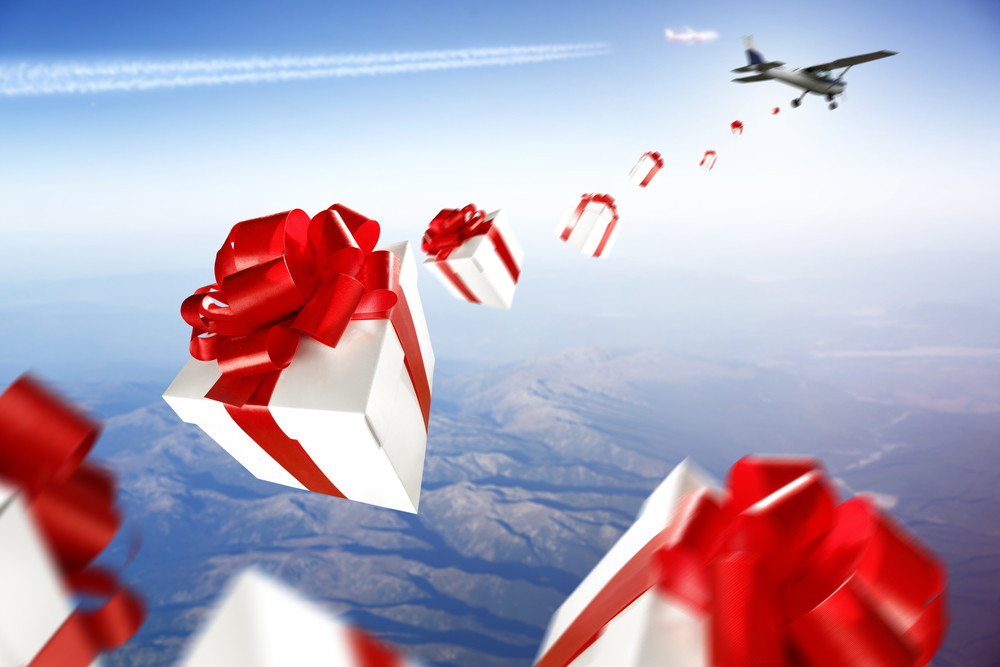 With Black Friday and the holiday shopping season just days away, we are looking at retail destinations for pilots. In the name of efficiency, we picked some of the nation’s largest with the idea of completing as much of our shopping as possible at one place.

Shopping malls have long been popular stops for road trippers but they also make sense for aviators because there are usually airports nearby. In some cases the airspace might be challenging but worth the extra work given the potential time savings. Some of the malls listed here represent watersheds in retail development. The airports also have interesting stories that pilots are likely to appreciate.

While not everyone is up for the challenge of landing at a busy commercial airport like KMSP, and airport officials “encourage” private and corporate flights to use the area’s feeder airports, its proximity to the destination might tempt you. The mall, the largest in the U.S., which includes a Nickelodeon Experience theme park, is essentially across the road from the airport. If you haven’t talked to ATC lately and feel out of practice, you might try South St. Paul Municipal (KSGS) about 13 statute miles to the east or Flying Cloud (KFCM), about the same distance west.

Teterboro sits seemingly wedged into an impossibly dense industrial zone within New York airspace, which is among the nation’s busiest. It is also clearly corporate jet territory. Peering through the airport fence one is hard-pressed to spot small piston aircraft. But you certainly can land there. Just be on your toes. Once on the ground, you will be just a few miles from the American Dream Mall, a project that for years looked like it would never open. Today it is famous for its indoor ski slope, waterpark and Ferris wheel.

This mall isn’t as vast as some others in this group—some reviewers even call it “intimate.” But it is easily big enough to fill your day with shopping. Best of all it is only about 10 minutes from Van Nuys Airport, which opened in 1928 and is packed with aviation history. The field hosted P-38 Lightning squadrons during World War II and Air National Guard F-86 Sabres during the 1950s. Aviation legend Clay Lacy helped develop and market the early Lear 23 jets, essentially creating the business jet industry. His company, Clay Lacy Aviation, is still based there.

Known for its barrel-vaulted glass roof and ice rink, this mall was a big deal when it opened in 1970. Conceived by real estate developer Gerald Hines and inspired by the Galleria Vittorio Emanuele II shopping arcade in Milan, it is the largest mall in Texas—which says a lot— and among the top 10 in the U.S. Sugar Land Airport was a privately owned field when it opened in the early 1950s as Hull Field, named for Dr. Donald Hull, an oral surgeon who worked for the department of corrections and commuted by air across the state providing dental care to prisoners. Decades later the City of Sugar Land acquired the airport.

Aventura Mall is known for its extensive skylight roofs and a huge outdoor tower with spiral slides for people to ride. Founded in 1927 by aviation pioneer Glenn Curtiss, the airport’s early history includes Navy dirigible operations. The U.S. airships Akron and Macon operated there and the German Graf Zeppelin also made a highly publicized visit. The airport’s blimp hangar housed Cuban refugees during the 1980 Mariel Boatlift and served as a temporary workshop for the artist Christo during his 1983 “Surrounded Islands” project in Biscayne Bay. Several “Miami Vice” episodes used the airport as a backdrop and the hangar, after falling into disrepair, was blown up in 1994 for the final sequence of the film “Bad Boys,” according to the Miami-Dade Aviation Department.