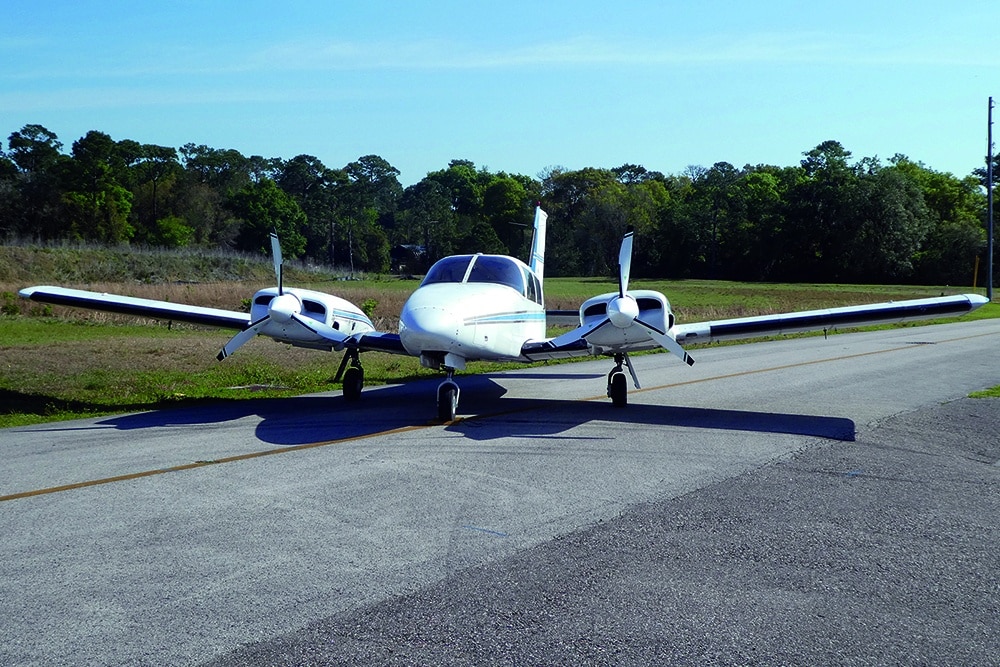 There is a new propeller choice for the Piper PA-34-200, also known as the Seneca I. MT Propeller announced Thursday that it received an FAA supplemental type certificate (STC) for the three-bladed MTV-12-B-C-F/CF(L)183-59 propeller for the Seneca I powered by Lycoming IO-360 engines.

This installation is already certified by the FAA’s European counterpart, the European Union Aviation Safety Agency.

Lightweight and durable, composite MT Propellers can be used on aircraft with both piston and turbine engines. The company notes they are in use on airplanes, airships, hovercraft, in wind tunnels, and have FAA STCs for Part 25 aircraft.

MT-Propeller vice president Martin Albrecht notes the composite propellers have a bonded  stainless-steel leading edge for erosion protection of the propeller blades, unlimited blade life, and greater ground clearance for less blade-tip erosion. In addition, there is a slight improvement in takeoff performance, and an almost vibration-free propeller operation. Also, the company notes that the STC props will reduce the weight of the aircraft by approximately 20 pounds, as compared to the original propellers on the Seneca I. (For those doing the math, that equates to a little more than 3 gallons of avgas.)

The Seneca I was introduced in 1971 as both a business and personal transport aircraft. Over the years, it gained in popularity at flight schools for multiengine training and time-building. The design features the same cabin as a Piper Cherokee Six, which can be helpful during the transition from single- to multiengine operations. Approximately 934 Seneca I examples were built. The gross weight of the Seneca I is between 4,000 and 4,200 pounds, depending on the year of manufacture and the engines.