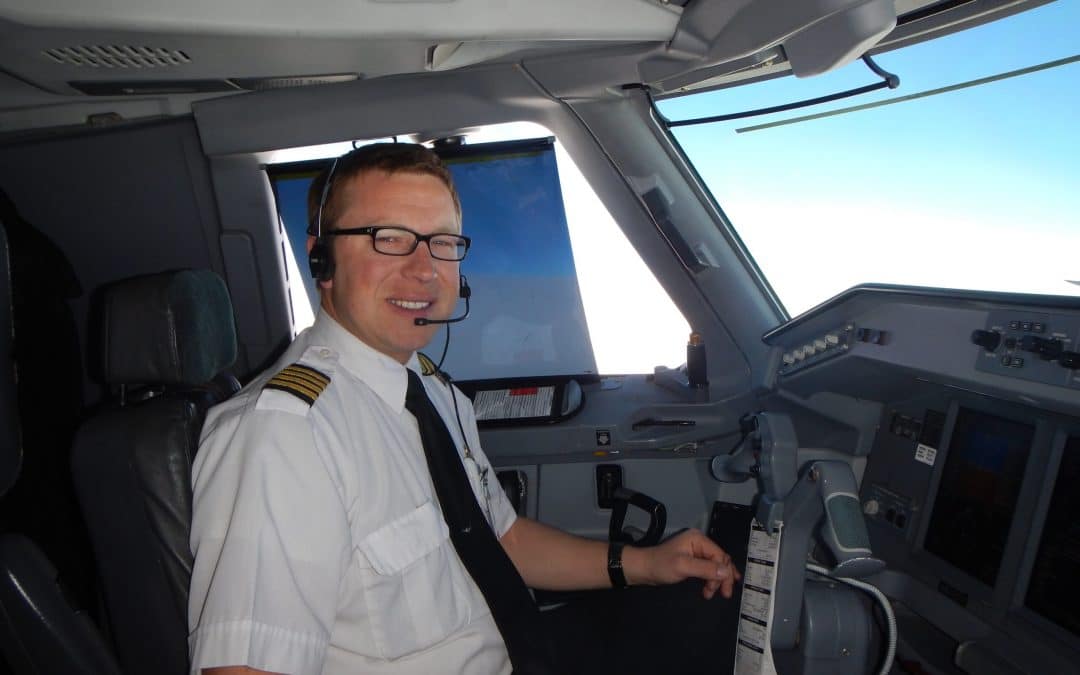 I don’t know about you folks, but lately, I’ve had the repeated feeling that we’re living in the upside-down world. There’s a lot of craziness going on—some of it good, some of it bad, all of it weird. The airline industry is a prime example. Now, mind you, change is historically the most constant thing in this business, but even by aviation standards, these are wild times.

We went straight from a historic pilot shortage with tons of hiring and opportunity to staring into the abyss of industry collapse and mass layoffs—and then right back to the pilot shortage, twice as critical as in 2019. It’s left many of us with a severe case of whiplash, wondering when the next wild swing will come. (Hey, who had a major European ground war in 2022 on their darkest timeline bingo card? Not me!)

For now, things are good for pilots, very good, but every time I turn around, there’s another industry-rattling development that leaves me shaking my head.

I have a timely example of what I’m talking about, but I have to tread lightly, because it involves my employer.

Now, I’ve always been careful not to tacitly name my airline, but they’re not very hard to figure out. All I can say is that the things happening here are about to happen at all the major airlines, have already happened at several LCCs, and have been going on for years at the regionals.

Nameless Major Airline went from 1,800 early-outs and nearly furloughing 1,700 junior folks straight to the most explosive hiring of our history. We’ve already hired 440 pilots in the first 60 days of 2022, roughly twice our pre-COVID hiring pace. Two weeks ago, our latest system bid came out. Our new junior captain, on the Boeing 737 in New York, is a November 2021 hire—barely through initial training and still on probation. There are 18 other upgrades with less than a year on property. One of the “senior guys”—with a full two years on the list—is 25 years old.

Meanwhile, a Boeing 757/767 captain slot went to a 2018 hire, one of those almost furloughed 18 months ago. Every one of these facts is a source of awe to us on the line. Street captains (those hires who come off the street into the left seat) at the regionals, yes—traditionally at the poorest-paid regionals—but here at the major airlines? Who’d have thought it?

There is a good deal of angst about this development among my airline’s pilots (or at least their online personas). I find this concern interesting because I heard very little of it when the regional airlines were hiring street captains, generally far less experienced than ours.

I don’t think the griping has much to do with safety—the 737 is certainly no harder to fly than a CRJ—but rather that street captains offend a certain sense of propriety. There is an element of arrogance in our culture that deems us a cut above the regionals, removed from their struggles, as though we weren’t all in the same connected industry. There’s also a certain expectation that the pledges submit to ritual hazing, proving their worth as lowly probationary FOs—and God help the latter-day Icarus who dares fly so close to the sun so early in their employment.

Choice is good. Being able to switch things up throughout your career, to shift between prioritizing earnings and quality of life as your circumstances change, is a good thing.

Of course, the pilots grousing about upstart captains could easily bid “NYC B737 captain” themselves, but that particular briar patch is notorious enough that most avoid it like the plague (I personally enjoyed my eighteen months there, but I still think of myself as junior and therefore naturally deserving of divine punishment).

The reason we have street captains is two-fold: first, the well-known difficulty and expense of being based in New York and covering all three airports. This would be easy to fix with a few contractual tweaks, if the company were actually worried about the juniority of the base’s captains. And secondly: the general degradation of quality of life on the domestic fleets, a much stickier wicket that goes beyond contractual weaknesses and management intractability to the fact that COVID-19 left us horribly short-staffed and unlikely to catch up anytime soon [he said nervously, eyeing Russia].

We have a ton of senior FOs, especially on widebody fleets, who could easily bid narrowbody captain in any base, and even be quite senior, but choose not to. They believe the decrease in quality of life would not be worth the pay increase, and they’re probably right.

In a way, the regionals have come to us. Or perhaps I should say, they’ve come back to us, chickens coming home to roost. The conditions under which a great deal of domestic flying was outsourced after 9/11 destroyed the value of the career for many would-be professional pilots. Years of depressed training made the pilot shortage inevitable, ensuring the regionals would ultimately be unable to staff their flying and it would have to go back to mainline. Now that it’s here, not everyone finds it palatable.

Mind you, the majors’ recapture of regional flying is a very positive development for the profession (at the expense of turmoil in the regional sector)—but there’s no question about it, short-haul flying is real work. Not everyone wants to do it, especially those who have found cozy niches on widebody fleets. But many of those who are young and ultra-junior and are already expecting to be used and abused (and were recently doing the same flying at the regionals for far less money)—well, they have no problem working hard for $261/hour. Ergo, street captains at a major airline.

Overall, this is a positive thing, I think. Choice is good. Being able to switch things up throughout your career, to shift between prioritizing earnings and quality of life as your circumstances change, is a good thing. So long as the pilot shortage continues, we’ll continue to see more of these choices become more available to more pilots earlier in their careers. Fingers crossed.