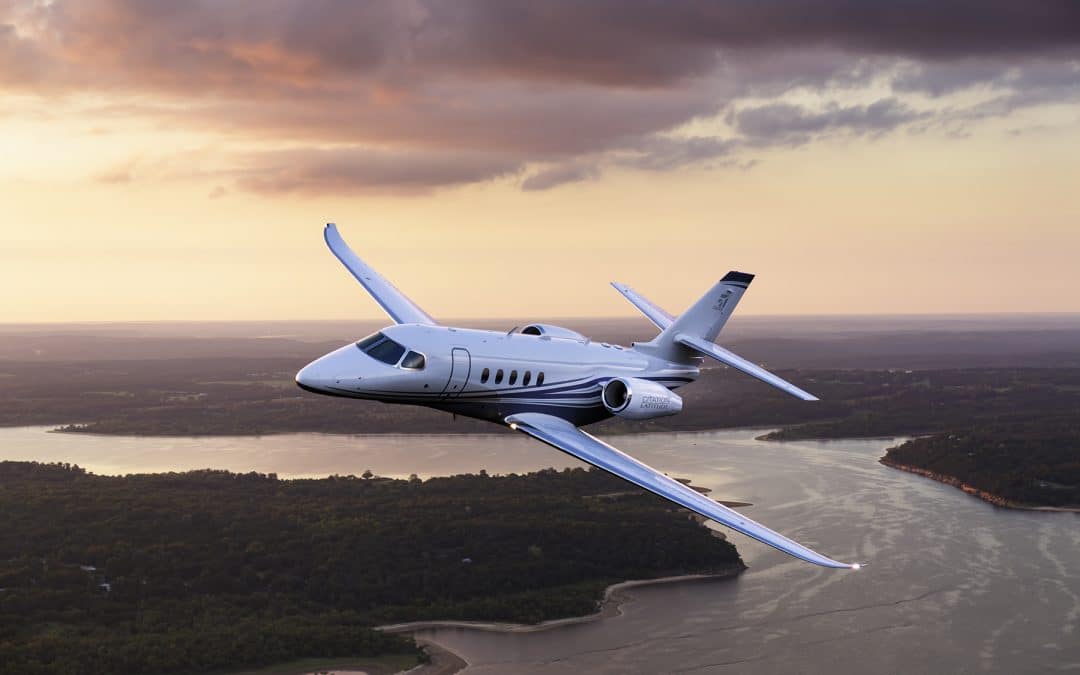 Textron Inc. (NYSE: TXT) shared in its third-quarter earnings Thursday that its collective business segments generated $3.1 billion in revenue for the period, which is $88 million more than it did in the same period last year.

The Textron Aviation division contributed $1.2 billion of the revenue, which was $14 million less than the third quarter of 2021. The company said that due in part to lower Citation jet and pre-owned volume, but that favorable pricing and higher market value helped offset some of that loss. Textron Aviation delivered 39 jets in the quarter, down from 49 for the same period last year, and 33 commercial turboprops, down from 35 in last year’s third quarter.

That generated a segment profit of $139 million for the quarter, which is $41 million more than last year. During the quarter, the company welcomed major orders that boosted sales. Last week, Fly Alliance agreed to purchase up to 20 Citations. FlyExclusive also said it would ramp up its fleet ahead of a SPAC-IPO through a purchase agreement for up to 14 more Cessna CJs, eight Citation XLS Gen2s, and six Citation Longitudes.

The company said its Textron Aviation backlog at the end of the quarter was now worth $6.4 billion.

Textron Aviation announced yesterday that it broke ground on its distribution center expansion project in Wichita, Kansas, which will contribute to keeping that division running smoothly.

“This expansion will provide additional space for warehouse storage, customer support analysts, and office,” the company said in a statement.

Textron Aviation customers will have a dedicated lane for to drop-off or pick-up parts in person and opportunities for consolidated shipments. [Courtesy: Textron Aviation]

Meanwhile, at Bell, the vertical lift division, Donnelly shared that during the third quarter, regarding commercial orders, Bell delivered 49 helicopters, 16 more than last year’s third quarter. Bell’s segment profit and revenue, however, were notably down as a result of lower military orders. The company said it was specifically related to the H-1 program that had lower aircraft and spares volume as that program winds down. Either way, it generated an $85 million profit on $754 million of revenue, compared to the last third quarter, which was $105 million on $769 million of revenue. The company said Bell’s backlog at the end of the quarter was valued at $4.9 billion.

As for the segment generating much new buzz, Textron eAviation, which is focused on bringing sustainable technologies to market, reported third-quarter revenue of $5 million and an $8 million segment loss. The company said those figures represented the operating results of its new Pipistrel unit, along with research and development costs for the new technologies it plans to launch.