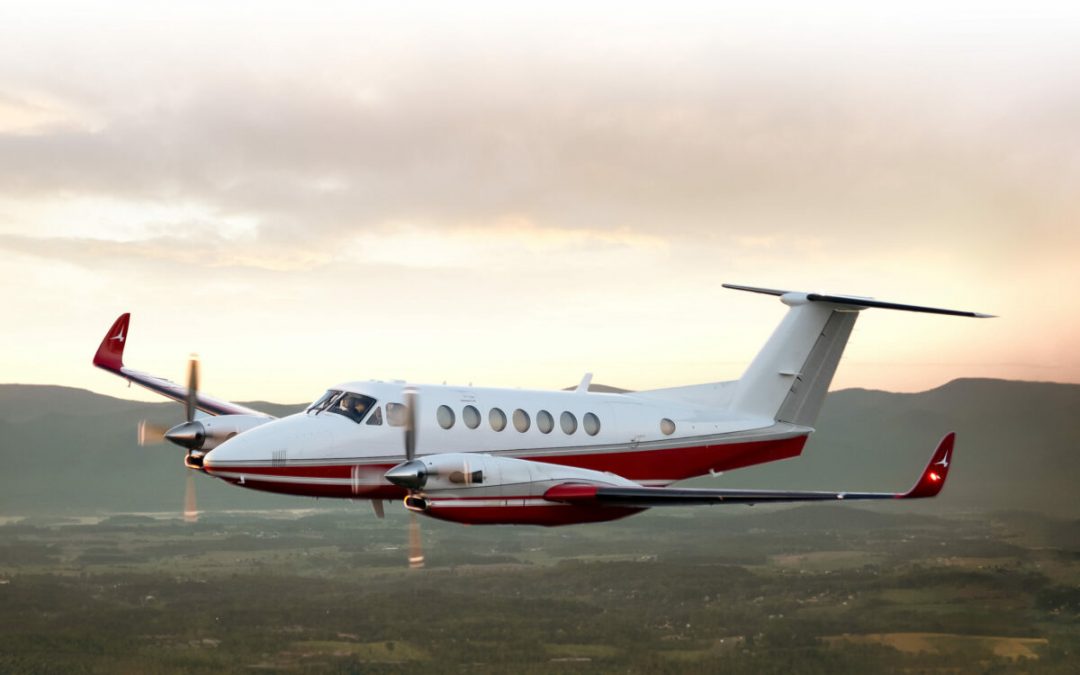 Tamarack Aerospace delivered an update on its Smartwing technology for the Beechcraft King Air 350 at the National Business Aviation Association’s Business Aviation Convention and Expo (NBAA-BACE) in Orlando back in October.

Turns out they posted some pretty fast times going to and from the event—and they’ve now made formal application for those records to both the National Aeronautic Association (NAA) in the U.S. and Europe’s Fédération Aéronautique Internationale (FAI) for official recognition following its “Speed-Over-A-Recognized-Course” attempt.

Departing from Spokane International Airport (KGEG) on October 15, and co-piloted by Tamarack founder and CEO Nick Guida, the modified experimental King Air 350 flew to Orlando Executive Airport (KORL) nonstop, covering 2,032.8 nm in 7 hours, 46 minutes, according to the company. On the return trip westbound, on October 22, the King Air 350 covered 1,770.7 nm from KORL to Henderson Executive Airport (KHDN) in Nevada in 8 hours 8 minutes (with a stop in Albuquerque, New Mexico).

Guida said the motivation behind the record attempts lay in demonstrating the fuel efficiency—which approached a double-digit saving on the trip, according to their report—as well as the associated stability, increased range, and smooth ride that is projected to come with the Smartwing active winglet technology.

“The military is especially interested in our increased range and loiter time for Intelligence, Surveillance and Reconnaissance (ISR) missions for smaller turboprops and large transport, and our upgraded King Air’s boast features that additionally allow takeoffs and landings in high/hot conditions,” said Guida. “Business aircraft equipped with our technology provide those benefits plus important peace of mind concerning safety and stability.

“We are going to keep setting records, and our nearly 180 upgraded CitationJet owners can tell those interested about the verified Tamarack performance they experience every day they fly.”