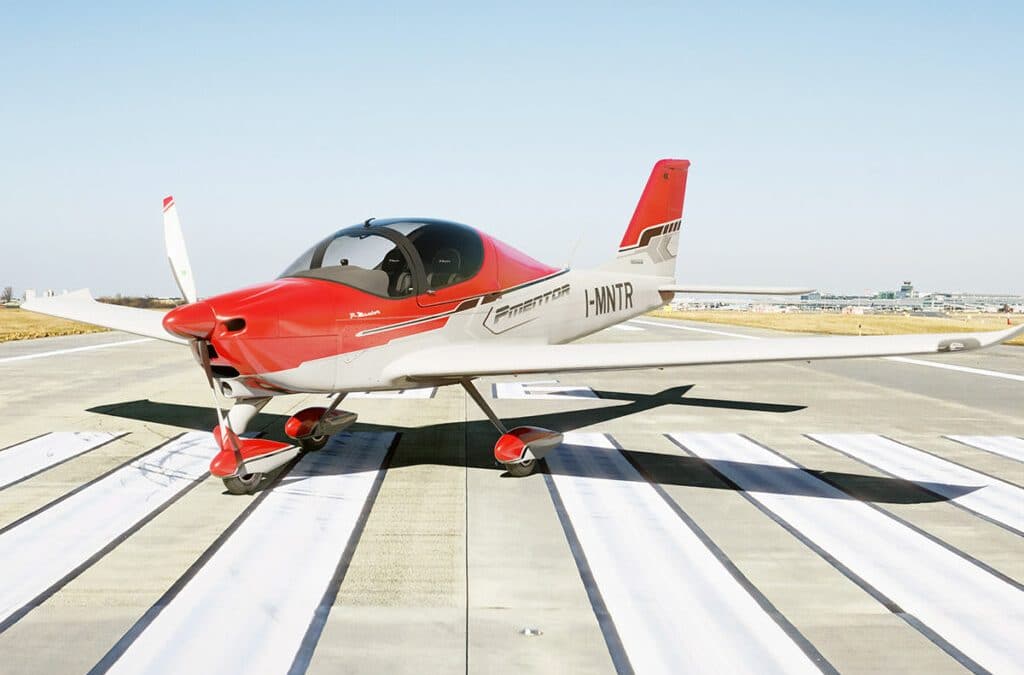 Tecnam Aircraft welcomes a new design to its stable: The Tecnam P-Mentor acquired its European Union Aviation Safety Agency (EASA) type certificate on April 7. According to the company, the low-wing, glass cockpit design was created to take learners from their first flight up through their instrument rating.

According to a company release, the aircraft’s name, “Mentor”—defined as “an experienced and trusted person you rely on to give you advice and guidance, especially in your career”—was chosen to emphasize the aircraft’s application in all levels of instructional flying.

The Tecnam P-Mentor is a two-seat, single-engine, piston-powered aircraft with a variable pitch propeller. The engine—a low-emissions Rotax 912iSc—is more fuel efficient than previous models, giving the Mentor up to nine hours of endurance. The fuel tank is located behind the main spar, and it offers 130 liters (34 U.S. gallons) of fuel.

According to Tecnam, P-Mentor is the IFR-approved aircraft with the lowest fuel consumption and CO2 emissions in its class, with up to 60 percent fewer emissions when compared with IFR capable competitors.

The P-Mentor sports all-new wing design with a tapered planform with laminar flow airfoil and mixed structure of light alloy for spars and wing box, and carbon fiber-reinforced polymers (CFRP) for the one-piece leading edge.

The design enables the P-Mentor to pass the latest EASA requirements (CS-23 Amendment) for low speed and stall characteristics without a ballistic recovery system being an essential part of the aircraft configuration.

Tecnam notes that BRS is approved and available as an option.

The cockpit features a state-of-the-art Garmin G3X glass cockpit with Garmin GI 275 as back-up instruments and multiple configurations to allow both VFR and IFR flight, GFCTM 500 autopilot training, and a simulated retractable-gear control as an option to help fledgling pilots build good habits—such as always checking the position of the landing gear before landing—early in their career.

The P-Mentor sports Tecnam’s signature Italian style with the clean and sleek lines and a roomy cockpit with a bubble canopy to provide excellent visibility, a very useful thing in busy flight school practice areas.

Company officials note that some training organizations have pre-ordered the design, which Tecnam CEO Paolo Pascale attributes to the company’s history.

“When I see a new type certificate with this model’s name, I think of my father and my uncle, [Professor] Luigi Pascale—the men who started this adventure. It also reminds me of all our collaborators and customers that brought us here today—our mentors.”

The pricing for the aircraft has yet to be announced. It will make its public debut at AERO Friedrichshafen on April 27.